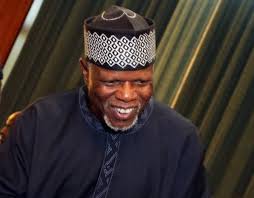 More facts have emerged why the Comptroller General of Customs, popular, CGC, Strike Force,Lagos Zonal Operational Base,, under the Close watch of Yahaya  Usman, a Deputy Comptroller of Customs, DC, and who was at one –time  DC in-charge of the Enforcement of  the Federal Operations Unit, FOU, Zone  A, Ikeja , Lagos are making  appreciable impact in their anti-smuggling Operations in the south west geo-political region  dominate by  the  Federal Operations Unit, FOU, Zone A .

Hameed Ali, a retired Army Colonel and the CGC, may have prepared the ground   for the Strike Force Zonal Commands in Lagos, Kaduna, and Owerri, to excel  by giving the adhoc- Teams  special  attention  compared to the various FOU Commands across the country. Ali was said to have equipped the Teams  with sophisticated Operational tools and Saloon  security vehicles to do their work.

This may have informed why Yahaya, the Lagos Zonal Coordinator wanted  the redeployment  of Jack Okpabi, a Chief Superintendent of Customs attached to the FOU, Zone A, who, many believe was not in the good book of  Aliyu  Mohammed, the Area  Comptroller to the Team .  The Customs Comptroller General may not have wanted to deny the  Lagos Strike Force  Zonal Coordinator  his request  as Jack was deployed to the Team.

With the redeployment of Jack to the  CGC Lagos Strike Force the DC, the stage was set for  the Team to do  their  anti-smuggling   was never before in the south west. He  was  forced to rejig its Operations  to make it more  effective  by  appointing the one-time  FOU Zone A, Head of  Operations and Lagos Roving Team to  oversee Its Operations.

Perhaps, to avoid giving Jack and his boys any  room for excuse  not to deliver on the mandate to crush the smugglers in the south west and make  spectacular seizures, he  was said to have   handed over  some of the saloon   security vehicles  provided for the Strike Force by the CGC   to him  as Head of  its Operations to enhance their  job.

Only recently  Yahaya was said to have   got an   information through intelligence gathering about  hundreds of smuggled cartons of frozen poultry products  stored at an undisclosed  location at Sango Otta,  Ogun state Commercial nerve center close to Lagos.  He was to have reached out to Jack in-charge of the Strike Force Operations  to mobilise his men   to invade the smugglers in their hide out and dispossess them of the frozen poultry products Given the usual preparation made for such operations  at  FOU, Zone A,   Jack was said to have sent  a  surveillance Team  to the smugglers den to avoid being frustrated in their mission

Based on the report of the surveillance Team,  J  he was said to have  mobilised  a Team for the  operation. The Smugglers never  expected to see any  Customs  Operational vehicles around  the vicinity because of the close guided nature of the business: smuggling of poultry products into the country through Sango Otta.

Unkown to them  Jack,  who had fallen into their hand once at Sango Otta in an operation  as one of the drivers of the Team  from FOU, Zone A, was  was  captured   at Otta  in one of his operations and his where about remains unknown despite the search mission mounted by the various security agencies including the Army at Otta and its environs to block the smugglers. Aware of the past experience at Otta, Jack  and his men  were determined to impound the cartons of Frozen poultry products  at the smugglers hide outs at Sango Otta without  a shot of bullet.

Eyewitness account   disclosed that between  Saturday , November 9 and Monday, November 11, 2019, the Team  who were armed to the teeth had arrived at the fortress of the smugglers at Sango  Otta  with a mindset  that they might be engaged  in a  shoot- out by the smugglers.

The smugglers, according to sources  that the game was up   when they saw  fierce looking  strange faces,around their fortress, described as a no go area by residents.   They were said to have prepared to frustrate the effort of the Customs officers involved in the operations but it was too late.

The Team  were said to have  caught them unawares as they had  entered their fortress and surrounded it without shooting a bullet, thus making it difficult for any of the 10 vehicles loaded with the smuggled poultry products to be driven out.  The  10 vehicles load of poultry products  were transferred to the Government WareHouse , Ikeja, for destruction of the contents only.

Yahaya, the CGC Strike Force , Zonal Coordinator  confirmed that the Jack led Team  impounded 1,393 cartons of frozen  products which  was  worth about N13.4 million. But being  perishable items,  the poultry products were said to have been destroyed  in the full glare of other security agencies  including the National agency for Food and Drug Administration, NAFDAC.

The question on the lips of most people is: how  did these  large quantities of frozen products found their way into  the  Smuggler’s Fortress, at Sango Otta, with the tight security being  mounted  along the Idiroko and Sango –Otta road  by the  Babagana- Mungono, a retired Major General and National Security Adviser, NSA,  controlled Border Drills , which are everywhere along the country border  routes and FOU, Zone A, Idiroko Command officers at the various Checkpoints along the Idiroko  border route.

The fear being expressed in several quarters  was that the sponsors  of the smugglers may have penetrated the ranks of the  security operatives including the Border Drills and FOU, Zone A, personnel , stationed  at the various Checkpoints  along the border road in order to carry out their business unhindered. t.

Another school of thought has it that they may have smuggled frozen products  through the Creeks  into the Sango  Otta warehouse  but kept it a closely guided secret as no trader ever come close to the warehouse to buy anything for sale yet there were movement in and out of the premises daily , mostly at night . This may have informed why the  Yahaya led Strike Force appear to  have beamed their searchlight   on the Ogun Creeks to forestall the activities of the smugglers.

The Value News also cited a Truck load of Tramadol , which the Team ,  were  said to traced to Ikoyi, where it was impounded.  As at press time,  it could not be ascertained whether the truck has been opened for examination  to ascertain the quantity before handing over to NAFDAC, for further investigation.

Recall, that last August, Jack, who is the arrow Head  of the  CGC, Lagos Zonal Strike Force, impounded and evacuated 21  trucks load of  tramadol a, Codeine and other registered drugs  which  are in high demand in the north which Valuation experts put at about N5,billion, in a warehouse , along the Oshodi-Mile 2 Express Way allegedly belonging  to Nnewi based  Innosons Motors  owned by one  Innocent Chukwuma, a multi-billionaire business man.  President  Muhammadu Buhari had congratulated  Ali, the Customs Comptroller or the  spectacular seizure.

Muhammed  Uba Garba, as Comptroller , FOU, Zone C, Owerri, Imo  state and Riks Lura, a Chief  Superintendent of Customs who led the operation that led to the seizure of the Tramadol drugs at  owerri  and now Head, FOU, Zone A, Operations and Lagos Roving Team, may have opened the floodgate  for other   Customs Formations including  the  Commands  based at the Lagos seaports  to be making spectacular  Tramadol  seizures in the recent time.

Many believe that Tramadol imports  into the country had been a thriving  business over the years until, Comptroller Muhammed exposed the  dangerous drugs  and its  adverse  effects to Nigerians at Owerri. The importers were said to have threatened fire and brimstone to deal with  Riks who dared them.