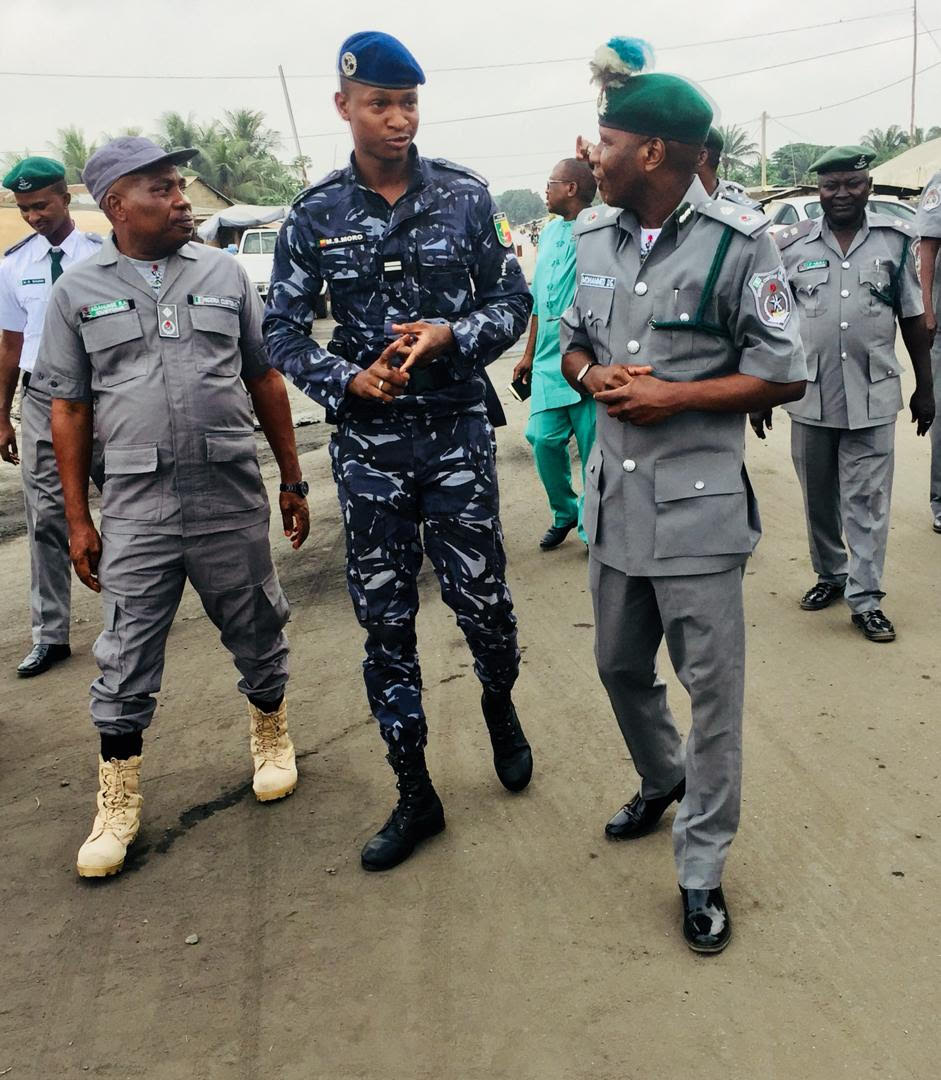 When Muhammed Uba Garba, Comptroller, Seme Command promised to start the sensitisation Campaign to promote  the Economic Community of West African States, ECOWAs, regional integration and trade facilitation at the Seme-Krake Joint Border,  at Owode, a Border Community between Nigeria and Republic of Benin, last week, not many people took him serious

This is because of his busy schedule which gives him little or no time to visit the Owode outstation for official engagement  except if there was a very serious issue that requires his urgent attention.  In spite of the fact that the Customs Comptroller has done everything to make the Seme out station Deputy Comptroller believe that was coming for the interaction with the people he was still reminding of it. This is because of the arrangements he had made for the visit to make it a success.

He was said to have reached out to other sister agency officials including their Beninois  Customs counterparts and the Gendarmes to inform them about the visit and the need to join in giving a rousing welcome. He was also said to have contacted the Chiefs and Bales, in the Community, to prepare the mind of their people for the meeting. Garba, the Seme Customs Comptroller, may have decided to start the interactive session with the Border Communities because of the volatile nature of the smugglers in the area and the need to encourage them to embrace legitimate trade.

On Thursday, January 24, 2019, the Customs Comptroller was said to have arrived Owode to the waiting hands of the outstation officers, security operatives, chiefs, men a, women and the youths of the Community.

The meeting may have given the Customs boss the opportunity to have a firsthand interaction with the people and to answer all their questions including the most difficult ones. Eyewitness account said security was tight at the venue of the meeting to avoid intruders disrupting it.  The people who were said to be very attentive were said to have listened to him patiently. He had told them the meeting was important  to promote ECOWAS Common trade policy among member counties.

The Comptroller, who was said to have been accompanied by the management team , explained that the meeting which was ”aimed at ensuring regional integration particular,  between Nigeria and Republic of Benin securities at the Border Community, would go a long way to close all identified gaps in business transactions in the Border area.

He assured the people that the service under the current leadership of Hameed Ali, a retired Colonel,  is ”working tirelessly to support economic growth and development , which has been in all Customs formations across the country.

Reminding the people of their core mandate to facilitate trade and generate revenue for the government, he said the Command anti-smuggling war would not be compromised. He may have found it easy to relate with the Beninois Customs personnel and security operatives at the Owode as he Could  French. Unlike past Comptrollers of the Command who could only relate with their Beninois counterparts and security operatives through an interpreter, who many described as a double agent.

It was learned that Seme Customs boss, was surrounded by the people, including women to ask him more questions which he did not hesitate in answering to the satisfaction of the people.

Note that Owode Border Community remained a area over the years. This is because of the frequent clash between Customs patrol teams from both Seme and Ogun Commands with the smugglers leading to loss of lives.

Much of the rice and vehicles intercepted by the Command anti-smuggling teams were said to have been made within the Owode axis. a highly placed Nigeria Immigration Service, NIMS, official, the youths of the Community see smuggling as a legitimate business and are ready to crush any Customs team any other security agency personnel found to be obstructing their business.

Recall that last Monday, smugglers operating from the Border Community were said to have attacked  Ogun Command anti-smuggling patrol team. They were to have inflicted various degree of injuries on the Customs officials who restrained themselves from using their weapon to protect themselves from the attack to avoid loss of lives.

Abdullahi Maiwada, an Assistant Superintendent of Customs and the Command Spokesman , disclosed that the smugglers  had ganged up  against the officers who were on routine patrol  of the area to forestall the officers from seizing  hundreds of  50Kg bags of foreign parboiled rice allegedly smuggled into the country from of Benin  and stocked in some  places of worship and residential areas in the Community.

The smugglers, Maiwada confirmed, had destroyed a Customs patrol vehicle which was enough to force the officers to open fire on them. But the patrol team officials were said to have embarked on tactical withdrawal to draw the smuggler out to avoid killing innocent souls. This may have calmed the situation.

The attack on the Customs patrol may have attracted the attention of other security agencies officials to save the situation from degenerating. Maritime analysts believe that the recent joint meeting between Seme Customs officials, led by Garba, the Area Comptroller and the people, would go a long way to foster working relationship between them to minimise smuggling activities.