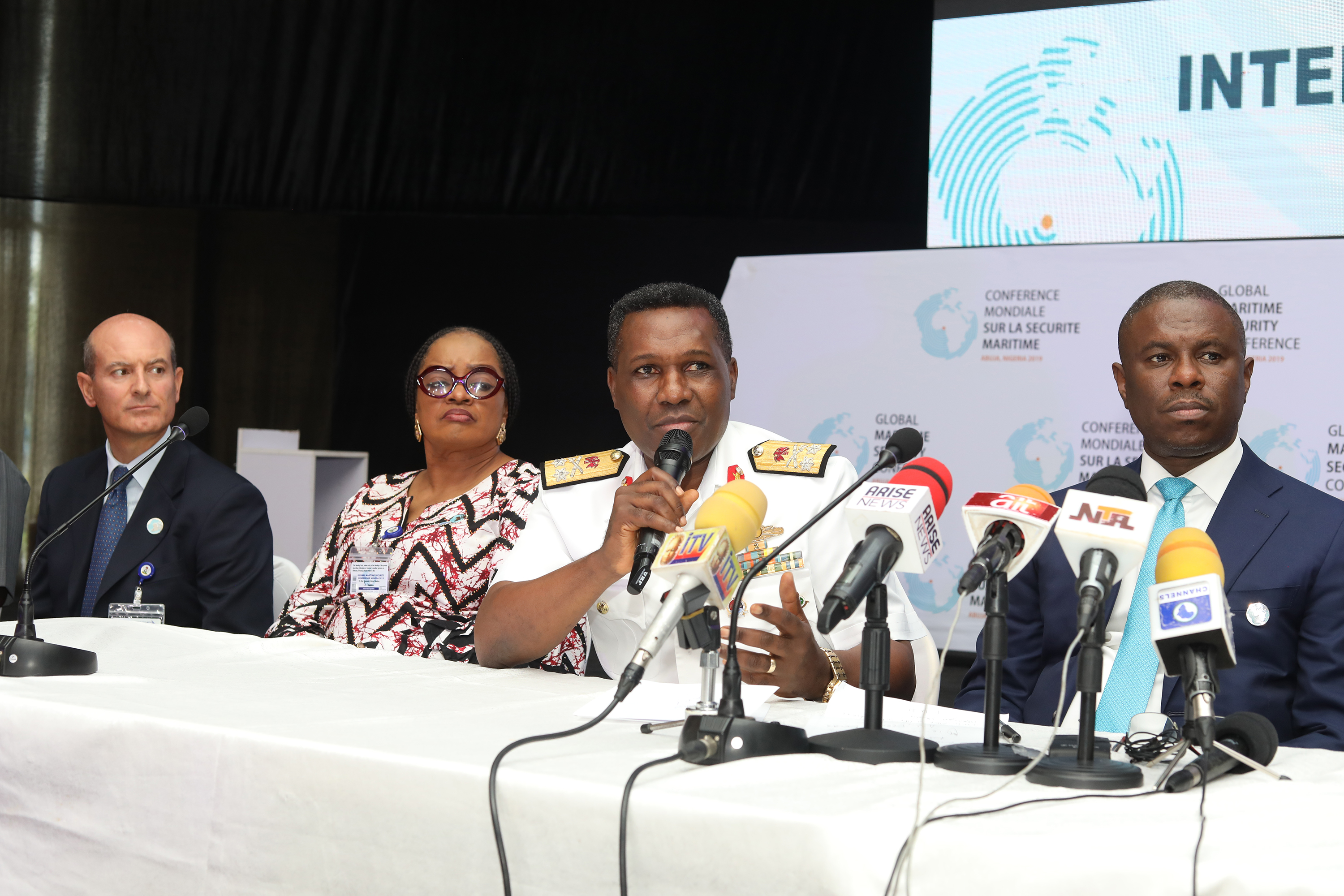 The Nigerian Maritime Administration and Safety Agency, NIMASA, in Collaboration with the Federal Ministry of Transportation  and the Nigerian Navy, 3-day Conference, in Abuja, the Federal Capital Territory, FCT, have come and gone.

It was a no hold bar discussion at the Conference as participants including security operatives  made  their frank contributions on how to tackle the  menace of pirates in the Gulf of Guinea to protect vessels  and their Crew members. The NIMASA officials and Naval personnel, who have been at the vanguard of tackling the pirates over the last three years in the Gulf of Region,  may have benefited immensely from the experience of the foreign participants in managing the activities of pirates in their own countries that vessels could sail in their waterways without fear of harassment.

Based on the position papers presented by the Resource persons and the contribution of the Participants,  Delegates at the  3-day Conference rose on Wednesday, October 9th, 2019, to make a bold Statement, in what is now regarded in Maritime circles as , ‘’Abuja Declaration on how to globally criminalise the  acts of insecurity and proceeds from illegal maritime activities from the Gulf of Guinea as was with the case of the “Blood Diamonds”

In a communiqué, approved and adopted at the end of the conference, which was attended by delegates from about 80 countries both within and outside the African Continent,  the conferees were said to have  agreed to constitute a “GMSC expert working group” to drive the implementation of the decisions arising from the gathering in liaison with ECOWAS, ECCAS, ICC, and other international partners.

The communiqué session which was said to have been chaired by Gbemisola Saraki, a Senator and minister of  state,ministry of Transportation,  was read by Dakuku Peterside, the Director General, NIMASA, to the admiration of the over2000 delegates.

The delegates resolved that the “Gulf of Guinea States and the international community should put up mechanisms in place to ensure that resources that are illegally harvested/explored in the GoG, including stolen oil and Illegal Unreported and Unregulated Fishery, are  banned as was the case with the ‘blood diamonds’”, in the United Kingdom, UK.

Also, they want the “GoG States to explore the possibility of designated maritime courts to handle cases of sea robbery, piracy and other maritime offences to ensure quick dispensation of cases in addition to capacity building and sensitisation of judiciary on crucial relevant maritime legislations.”

It further urged the GoG states to put more efforts to implement the various agreed strategies at the continental, regional and national levels to tackle the scorge of pirates and other maritime crimes. The delegates made it clear that the “GoG States with the  active support of the regional organisations like the ECOWAS, ECCAS, ICC and other relevant international organisations should continue to ratify and fully domesticate the provisions of the international conventions including UNCLOS 1982, SUA, and Port States Measures Agreement.”

The NIMASA  Global maritime security Conference delegates called on the “GoG States to strengthen, its operations in the region  including funding and establish national, zonal and regional maritime domain awareness centres to enhance information sharing and coordination.

The GoG States were encouraged to sustain regular meeting of Heads of states and Government, Heads of Navies/coast guards and other maritime enforcement agencies on issues of maritime security for mutual benefit. Relevant regional maritime agencies, industry experts/representatives were charged to come up with informed policy decisions on maritime security and related issues to assist the regulatory agencies to do their work.

The conference equally noted, that GoG States should engage in maritime spatial planning of coastal and urban areas to ensure that maritime security vulnerabilities are not created particularly in proximity to critical maritime infrastructure.

Again, the Conferees, noted that through targeted engagement with coastal and fishing communities, it would go a long way to support  the maritime security efforts of the GoG states.”

Addressing Journalists at the end of the Conference, Peterside, the NIMASA, Director General, emphasised the’’need for prompt actions to realise the implementation of the recommendations’’. The NIMASA boss said the proposed expert working group should be established in the next few months.

Prior to the NIMASA boss media briefing, Richard Morris of the United Kingdom Maritime Domain Awareness (MDA) Programme, an arm of the British Ministry of Defence, had called for team work among countries in the Gulf of Guinea. Morris called for deliberate efforts to dismantle legal, institutional, and territorial impediments to joint security actions in the region.

He assured the GoG states that the British government was prepared to support countries in the region to achieve their maritime security aspirations. There were speakers from France, Demark, United States, Japan, the European Union, and a host of other nations , who pledged, at the instance of the home governments, of their readiness to contribute to the security efforts in the porous Gulf of Guinea.

Note that the theme, of this year’s international maritime security Conference in Nigeria was:  “Managing and securing our Waters”, which was aimed at finding a lasting solution to the problem of maritime insecurity in the Gulf of Guinea.