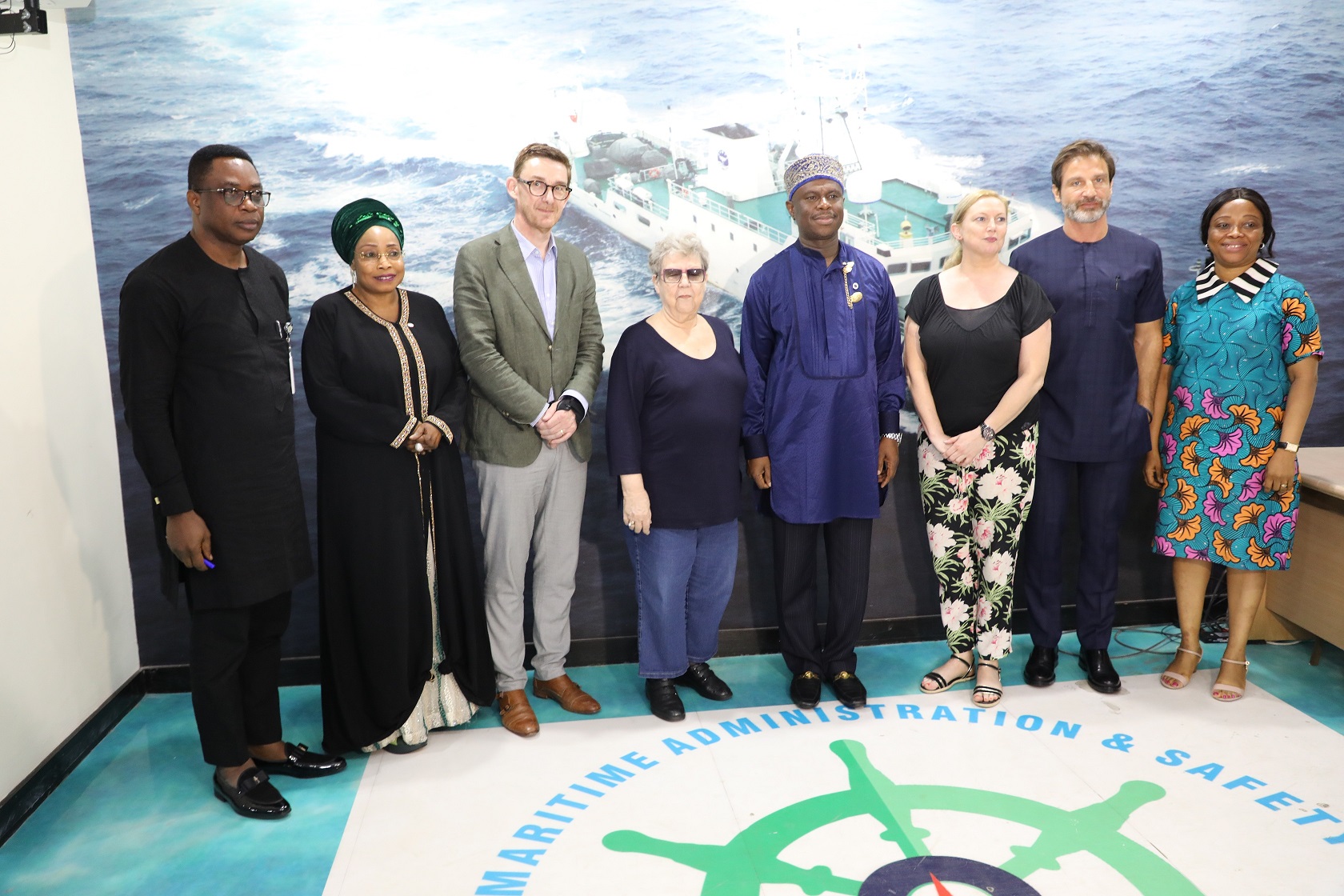 Those who think that officials  of the Nigerian Maritime Administration and Safety Agency, NIMASA and the  Navy have relaxed over the search of the suspected pirates to rescue the hijacked MT Apecus , an Oil Tanker and the,seven Crew members including Five Indians  and other nationals since last April, would be  disappointed.

This is because  agency and the Navy, paticular, the Naval  patrol teams  from the Eastern Naval Command , have been on the trail of the suspects. This may  have been  made possible because all the available escape routes  used by pirates in Nigerian waters and the Gulf of Guinea , after carrying out their dirty operations , have been effectively  blocked , thus making  the country’s waters , safer for voyaging vessels .

This may have informed the reason why Dakuku Peterside, Director General, NIMASA,  could beat his chest that MT the kidnapped Crew members   of the Coast of Bonny  Island, Rivers state, would be rescued.

As a prelude to rescuing the seven Crew members and five Indians still  in the Custody of the suspected pirates , alleged to be from the Niger Delta, Peterside, the agency  boss,  disclosed that they have commenced  ”investigations  into the incident  involving  the Apecus Oil Tanker.

The Oil Tanker, which has an International Maritime Organisation, IMO, no. 733810, was hijacked precisely on April 19, 2019, causing uproar in Maritimes circles.  The pirates action may have forced the government  maritime regulatory agency to go back to the drawing board  on how to make the  nation’s waters  safe for ocean going vessels .

Given an insider information on the Apecus vessel,  the NIMASA, boss stressed  that preliminary investigations  carried out by the agency  between April  and now, on the hijacked vessel , has thrown up  some unknown facts about the vessel  trading activities in Nigeria in . According to him,  the” Apecus Oil Tanker has been conducting  trading activities  in the country since 2014 without any valid  permits of documentation”, an indication that at the time of the incident , it was on illegal trading business in the country.

It was said to have also made five  additional  changes of name  and flag for the vessel since 1993 and four MMSI  changes ,to consolidate on its  suspected involvement on  illegal trading activities in the country waters.

An aggrieved Peterside revealed that  the vessel which was hijacked by suspected pirates on April 19, 2019,   it was first  spotted  in Lome port , Republic of Togo, a neighbouring country in the West African sub-region, on February 26, 2019, for about an hour  and  later  in Tema port, Ghana, where it transacted business for about two hours the next before sailing to Lagos Anchorage  for 29 minutes  on April 2, 2019.

Reports also has it  that the vessel  was fond of ”switching  off her  Automatic  Identification System , AIS, in order to avoid detection  security agencies  and had done the same thing  in Nigeria  prior  to being hijacked by  suspected pirates. It is not surprising why the NIMASA Surveillance and Rescue patrol team and the Eastern Naval Command  patrol team  are finding it difficult to locate the whereabouts of the vessel in Nigeria waters and the Gulf of Guinea.

The  activities of  thePirates in the nation’s waters may have encouraged  NIMASA,    to sponsor the ”Piracy  and other Maritime  related Offences Bill”, in the National Assembly. Peterside, the NIMASA boss, may have  given a cheery news when he  confirmed  that Yakubu Dogara led House of Representatives  had already passed it  but  the Bill has undergone second reading in the Bukola Saraki led Senate. He is optimistic that the  Senate would  eventually pass the Bill expected to  give the Navy , Maritime Police and other security agencies the legal backing   to further”  deal with all forms of maritime security  in the country’s territorial waters and the greater Gulf of Guinea domain ”.

In spite of the fact that the Senate has not passed the Bill to force NIMASA , Surveillance and Rescue team including the Naval Patrol teams to be more aggressive in their operations in Nigerian waters in the recent time to forestall the activities of Pirates,  that has not stopped them from doing so.

This is evident going by the recent visit of the officials of the port of Antwerp of Belgium, regarded as one of the biggest in Europe and the world to take advantage Nigerian waters to of Coperation with NIMASA to further business relationship with Nigeria.

The Port of Antwerp Team, according to a Statement  issued and  signed by Isichei Osamgbi, a Deputy Director, In-charge of the Agency  Public Relations Department   were said to have been  led by  Nico Vertongen, Director , Africa Port  of Antwerp International.

Many believe that if the Nigerian  waters are not safer for voyaging vessels,  the Port of Antwerp would never    agree to partner with Nigeria to do business . An elated  Peterside , who could not hide his feelings , disclosed that the visit was not unexpected  because of the ”long standing relationship  between the Belgium Antwerp Port   and the Lagos Port Community over the years. ”We  have always  had a business relationship  with the Port of Antwerp either as a destination ports  or ports of origin”, he had said.

There are indications that the Antwerp Port reconvene in Nigeria in hold a formal NIMASA officials to cement the business relationship between the two parties  to further boost activities at Nigerian ports.  The Belgium Antwerp team may have left Nigeria the security arrangement put on ground by  NIMASA to guarantee the safety of in Nigerian waters that they have agreed to partner with the port security,   of voyaging vessels and training of  Cadets.

Note that Peterside, the NIMASA boss had earlier  told the Belgium team that its ”doors are open and there is a lot they can do together to enhance their business relationship. Already, the agency, has started  counting on the gains to the two countries in the business partnership. ”It will open opportunities  for training  of the country’s Cadets  and also give the Antwerp port officials   a ”better understanding  of how  the ports in Nigeria, particular Lagos seaports, and Africa in general  work”.

Business analysts  believe  that the business partnership would  lead to increased volume  of trade and other  areas  Cooperation between the giant Belgium port and the Nigerian ports. Going by NIMASA records, between 2017 and now,  302 voyaging vessels from the port of Antwerp alone, had  called  at Apapa, Tin-can and Port -Multi-services terminal , PTML, including Kirikiri Lighter Terminals, KLT phases 1 and 2, with  cargoes.

Insiders confirmed the Magazine that  33 from the port of Apapa and Tin-can the Antwerp seaport during the period, with 22  of flagged at the Nigerian carry other volumes of trasactions.

Peterside may have assured Nigerians  that there was no cause to worry  as the agency is willing to consolidate  on the gains  of the Nigerian – Belgium relationship”.