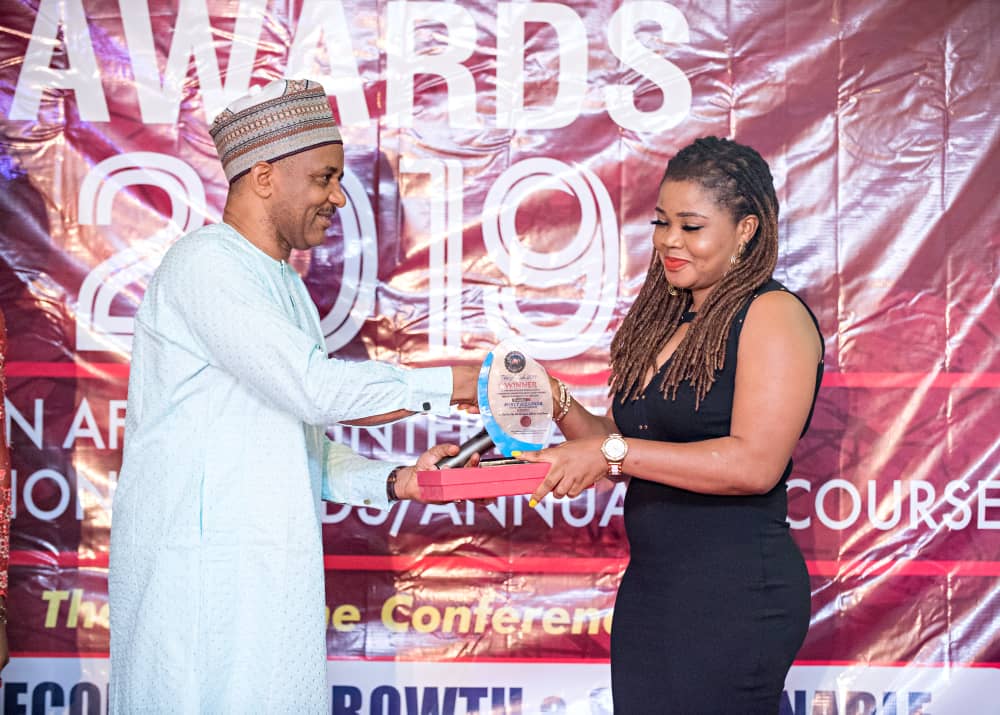 Peterside who could not his feelings said, the Katsina born Nigerian President economic policies are not only ‘’succeeding but reliable’’. The NIMASA  Director  General who spoke at the seventh  edition  of the Pan  African International  Recognition Awards Discourse  held in Accra, Ghana, where the Apex Maritime Regulatory agency  was recognized  for ‘’its  giant  achievements in the nation’s maritime Industry, said Buhari ‘’economic policies are reliable and dependable  as ‘’it is  driving  the growth and economic development of the country through good governance’’.

Note that the Accra event was a ‘’forum  to showcase and  honour leaders, individuals  who have distinguished themselves in their  chosen career and areas of business including Organisations and who have shown commitment to the development of the African Continent.

The NIMASA boss, was said to have told those that cares to listen  that the Accra  Award  was  a Statement  to the success  and dependability  of the APC controlled government economic agenda. He disclosed that from the onset of his assumption of duties in the agency  about four years ago,  ‘’ it had been running on the vision of the President  to restore the country to greatness’’.

He cited the Transformational agenda of the government  which had gone a long way to transform the agency to a world class maritime Administration. Bashir Jamoh,  The NIMASA Executive Director, Finance  and Administration, who was said to have received the award  on behalf of the Organisation, said it would  further galvanise the agency  to do more in the nation’s maritime sector to attract more shipping companies into Nigeria seaports.

The event which was said to have brought together intellectuals and financial experts from across Africa, Europe, Asia and North America , was ostensibly  to offer solutions  to the varied challenges facing the African  countries. One of such African intellectuals at the forum  was Patrick Loch Lumumba, a Professor of Law and the Director of Kenya School of Law, who was said to presented the keynote address.

These security challenges, according to the analysts have  prevented  most African countries, particular, Nigeria,  from reaching the developmental potential commensurate with the billions of dollar generated from  oil  and non- oil exports  including duties  collected on  imported  cargoes through the nation’s seaports and Border stations across the country.

Going by the  numerous Awards which had been bestowed on NIMASA  since Peterside was appointed the Director General of the agency in 2015, Isiechi Osamgbi, a Deputy Director and the Organisation Spokesperson  described Ghana Award as the latest recognition  of the ‘’efforts  by NIMASA to positively  contribute to the socio-economic  development of the country and the African Continent  in general’’.

According to Osamgbi, the  Award  came on the heels  of the outstanding  invaluable  Company Award  which Ratary International  had earlier conferred  on the Agency  last March for  its various  Corporate  social Responsibilities that it has embarked upon in the recent time.

Take for instance the  distribution of gift items ranging from food items , beverages , Fish nets, bedsheet to clothing materials to flood  victims in Lagos, Kaduna, Ondo and other states of the Federation, forcing  Nasir El-Rufai, governor of Kaduna state to challenge other Heads of government Parastals to take a cue from  NIMASA.