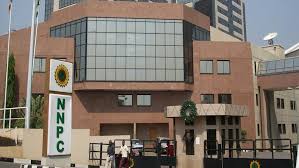 For months, there had  been rumour making the rounds that the Nigerian National Petroleum Corporation  , NNPC, has concluded arrangement to select a  new set of Companies  that would participate  in the 2019 /2020 Contracts  for the exchange  of Crude Oil for  Offshore refined petroleum  products.

The rumour became pronounced when the Corporation under the current Management led by Mele Kolo Kyari, has a strong background in Crude Oil Marketing,         opened up a tender process  Comprising of  both  the technical  and Commercial bid submission at the instance of President Muhammadu Buhari who had earlier  cancelled  the old Offshore   arrangement  of Oil –Swap deal in August 2015, for lack of transparency. The Katsina born Nigerian President was said to have replaced it with  direct  sale  and direct purchase Agreement. Note that this is currently what is in use in the country

.Between 2010 and 2014, under the Administration of former President Goodluck Jonathan, the country was said to have lost  Petroleum Products in excess of $35 bilion.  Anthony Ayine, Auditor General of the Fedration  had    emphaisised in his report to the Presidency  that the sum of  $16 billion was lost in 2014 alone.

It was not surprising why the President  has to rejig the process of the sale of the nation’s Crude Oil and  Oil Swap deal with the Contract terms of the  Offshore refineries  to block areas of  leakage which NNPC officials and their foreign Collaborators had used over the years to shortchange  the government.

Ndu Ughamadu, the Corpration, General Manager, Public Affairs Department,  in a  Statement  had  disclosed that the technical and Commercial bid  submission  for the bidding  process was quickly followed   with the evaluation of the Companies and shortlisting  those to be invited for further negotiations with the government Oil Corporation.

Note that the Nigeria n Extractive Transparency initiative, , NETI, had been at the vanguard  calling for the cancellation  of the Oil Swap deals describing it as not being Cost  effective, particular , when compared  to product prices  and  proceeds  paid  into the Corporation Accounts by the Companies.  More worrisome was the report of the Auditor General which had uncovered under-delivery  of products  by the Companies awarded  the Contracts to the tune of $866.189 million, which comprises  the refined  products  exchange  arrangement  of $500.075 million and the Offshore  processing  arrangement  of $366.114 million .  The situation was so bad that NETI called on the government to allocate the crudes to the refineries based on their current prevailing Capacity  and  sell the difference  directly as Crude to the Offshore refineries.

Insiders had  informed the Magazine that the  oil exchanges  originates  from the fact  that the countries at Port Harcourt, Rivers state, Warri , Delta state and Kaduna, Kaduna state, were producing below installed Capacity . The fallout was that since 2003, the Corporation  has continued to  allocate   the offshore refineries   its 445,000 barrels per day  allocation from the joint venture Companies, JVC.

The Value News learnt that based on the Commercial negotiation with the shortlisted Companies that bided to market NNPC Crude Oil   allocation, the successful Consortia and Companies were selected in a very transparent manner: They would do the  Oil  business with NNPC, between October 2019 and September 2020  and in return supply refined Petroleum Products to  the country.

NNPC may have created the impression that only fifteen Companies were selected in the bidding process but  about  36 Companies were said to have made the list going by the Collapsing of the Companies into 15 groupings.     The Corporation may have opted to give more Companies opportunity  in the one year Contracts for  the DSDP  because of old business relationship. Many of the trading Companies, particular, the foreign firms, were said to have supported the Oil behemoth when most of the Offshore refineries were not willing to do business with it   as a result of non- fulfillment of its Contractual Agreement.

Many had expected NNPC to announce the quantity of Crude Oil each of the Companies selected under  the Direct  Sale of Crude Oil and Direct Purchase  of petroleum products  arrangement , DSDP, are expected to lift for refining  overseas. The Corporation may have kept it a closely guided  secret  to avoid giving Nigerians room  to be  Calculating   how  its Crude  allocation of 445,000 barrels   from the JVC are shared to the Oil Trading Companies  and the refined petroleum products supplied in return and the amount that ought to have accrued  to the country.