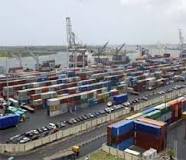 In spite of  the downturn in the world economy, ship traffic and cargo throughput into the nation’s seaports appears to have significantly improved, an indication that both the Nigerian Ports Authority , NPA, and the Nigerian Customs Service, NCS, would have a good business year.

This should gladen the heart of the Hajia Hadiza Bala Usman, Managing Director, NPA, and her counterpart in NCS, Hameed Ali. a retired Army Colonel. The duo have been working round the clock in over the last  three years  to make  the nation’s seaport   operations  attractive   to compete favourably  with other ports in the sub-Saharan African region.

Perhaps, what may have facilitated the improved  business at the nation’s seaports in the recent   time  was the reduced  operational expenses, better management  control , increased Customers satisfaction, improved Customers service  and more importantly , the attractiveness of the nation’s port investors  for national development.

This is in addition to  the establishment of  the Command and Control Communication and Intelligence Centre which is serving as a surveillance  of all activities  and as an information network for security agencies at the ports, thus giving them the courage to watch over the ports 24 hours  to ensure that stakeholders including the shipping Companies calling at the ports are satisfied and importers are happy with the safety of their cargoes without fear of wharf rats.

One of the major problems of the Authority in the past was insufficient  tug boats  to assist ships  sailing to the port to discharge cargoes.  Hajia Usman and her management team , appear to have addressed  the problem   with the procurement and Commissioning  of  four  of such tug boats. The tug boats were  named after President Muhammadu Buhari, Rotimi Amaechi,  a former governor of River state and minister of Transportation and  late Tony Aneni h  home towns : MT  dAURA, MT Ubima and MT Uromi respectively.  The fourth one  was MTMajya. Indeed,  this has  improved  operation efficiency    at the seaports   and helped , according to the NPA boss  to achieve  the upgrade  of 25 percent  years  of the country’s port DevelopmentMaster Plan.

This is evident going by the number of  ships that called at the Tin-can Island port alone ,between January and March, 2019, to discharge cargoes.  A document made available to the Value News  shows  that 213  ships with a Gross Registered Tonnage  of about  6,778,397 discharged a cargo throughput of about 4,790,282Kg , described an  improvement on the figure recorded within the same period last year. Hajia Usman, the NPA, boss is optimistic that the figure would continue to be on the upward rise as  foreign  shipping companies have found the nation’s port very attractive to do business because of the cargoes that  are  there to carry to the port from different  parts of Europe, North America and Asia, particular ,China and India.

The worry of many was  the poor access road to the  seaports in Apapa, Lagos which handles over 90 percent of the cargoes discharged at the nation’s seaports.  Emmanuel Olajide Adesoye Chairman, NPA, Board and other members  , may have been confronted with the problem  while on a working visit to the ports in the  Lagos Area. They were said to have been confronted   with the perennial traffic gridlock on the  only access road  leading to the port, the Oshodi -Apapa Express Way, that their convoy was  caught up  on the traffic.

The  NPA Board Chairman, was said to have assured stakeholders who trooped their  dozens  to welcome them to the port   that the Board  would continue to identify   with all efforts  of the government  to find a ”lasting  solution   to the problem of the gridlock on the road leading to Apapa and Tin-can Island  ports for ease deliveries of cargoes to importer’s warehouses.

Appealing to the  terminal operators, Importers with their Agents , NCS, and other security agencies personnel  working at the port sand the general public to be calm  stressing that   the Authority   is ”assiduously working in synergy   with other government agencies, particular , Federal ministry of  Work and Housing  and private operators, in cushioning   the pressure on  the access road  leading to   the port, with the rejuvenation of the lines  , the call up system  as well as expanding  the port access road to ensure trade facilitation.

Given the gridlock on the Oshodi-Apapa Express Way , the Authority  may have resorted to plan B  to use  of Badges   to transfer  cargoes  from Apapa and Tin-can Island ports  to Ikorodu Lighter Terminal and Kiriki Lighter Terminals, KLT,, Phases 1 and 2.

Adesoye, this has drastically   the ports on the wheel of progress on the lane the Contractors on the road to facilitate greater service delivery at the ports further said that the pressure on the seaports would be completion Lekki  Deep which was a product noting help in the of Akprherhe, an Engineer and Tin-can Island saw the visit of the Board members as an opportunity to present request.  He has the the infrastructural facilities at the Customer The port Manager of the existing at the over 40 years and thus needed to be to compete with obtains in other parts of the world.