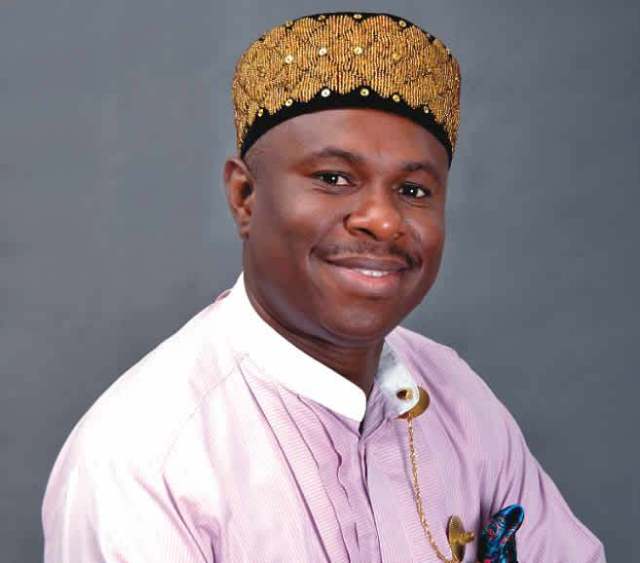 For years,  Fraudsters  had extorted millions of naira from unemployed Nigerians seeking for Job in relevant  government agencies by play the role of contracted Consultants  and  asking for agent fees of between N5,00.00 and N10, 000.00 to get their applications processed.

The most  commonly  used  agency  used by the fraudsters to defraud their victims  was the Nigerian Customs Service, NCS. The situation was so bad that Joseph Attah , a Deputy Comptroller and  the Customs Spokesperson had to come out to  repeatedly  warn Nigerians to retrace  their steps from patronising those Criminal elements, assuring them  that when the Service  would be  ready to engage services  of fresh  hands, it would not hesitate to make it public.

Indeed, when the government revenue generating and Enforcement agency was ready to engage the services of 3, 200 fresh hands , mainly supportive staff , it was said to have been made public, thus  making nonsense of the   claims of the fraudsters that the Customs was recruiting secretly.

Note that when the trick failed , they resorted to plan B , that applicants who needed the Customs job have buy their way . Again , they met a stone wall as Attah   hd  advised the  job seekers   in the agency against offering  bribes to anybody or group of persons to buy their way. He had assured the applicants    that the  exercise would remain open and  transparent until the Completion period.  The scammers knew the game was up as they were forced to withdraw.

Now, the fraudsters, appeared to have shifted their  attention to dare the Nigerian   Maritime Administration and Safety Agency, NIMASA, to fleece their victims. They may have gotten it wrong as Iseichei Osamgbi,  the agency Deputy Director, in-charge of  Corporate Communication has risen up to the Challenge to follow the footsteps of Attah, the Customs Image maker to force the scammers out of the businesss. By informing Nigerians  that there is ongoing recruitment under the  current Management Headed by Dakuku Peterside.

Osamgbi,  was said to have made it clear to those that cares to listen that the’’ agency has not  embarked on any  recruitment exercise  at the moment. ‘’  He  dissociated Maritime Regulatory agency  from the online Adverts making the rounds and  being  brandished  on various  social media platforms ,  but not  The Value News  platform, to defraud Nigerians. The NIMASA media guru may have given an, insight to the tactics used by the scammers to defraud their victims to the use of the social media, particular, Facebook,  text messages  or e-mails.

This is in addition  to sending open letters inviting the job seeking applicants  for interviews through  phones  at different locations across the country , claiming to be Consultants. Recall that the scammers had claimed   to be claimed to be Consultants to NIMASA.

Many believe that both for the quick intervention of the agency  Corporate Communicaton Department officials  to  warn the public   to ignore such  job recruitment Advertisement  linked to NIMASA , from these Criminal elements who are taking advantage of the state of the economy to  defraud Nigeria, much damage could have been done.

The Magazine learnt that prior to the official Statement by the agency  dissociating itself from  the scam, many job seekers had  already fallen  victim to their antics   by paying the re fees requested by them to make the list of those to be invited for interview.

Insiders informed The Value News that the agency Management are leaving to equal to the challenge as it was said to have contacted  Mohammed Adamu, the Inspector General of Police, IGP, and the  Heads of other relevant  security agencies  to mobilise their men  to track the activities of these scammers and arrest them to face the full weight of the Law as a deterrence to those still in the business.

Appealing to the public to be careful how they respond to such fake Adverts in the social medial platforms,  it maintained that it had not contracted any individual or group  to engage on a recruitment drive for the agency. Osamgbi may have gladdened the heart of Nigerians when he said that  ‘’at the appropriate time , NIMASA  would advertise  for available vacancies  for qualified  Nigerians to apply’’.The only time, according to insider sources the agency  could have had the opportunity  of advertising for job placement was during the Administration of Patrick Akpbolokemi but that was how far it could go. The Advertisemnet never saw the light of the day as job placement in the Organisation had been based over the years on who you know in the ministry of Transportation, the agency or the Presidency. The Lawmakers have not been left out in ensuring that their children or relations were  given  job in the Oganisation through the backdoor.

It is not surprising why may Nigerians were surprised when the NIMASA Job recruitment Avert appeared on the some online platforms. This is  because  NIMASA had never Advertised for job recruitment  in the past.  Perhaps, Peterside would break the Jinx as promised by Osamgbi that at the a appropriate time  it would be done. Nigerians are waiting to stop the scammers from feeding fat on  them.