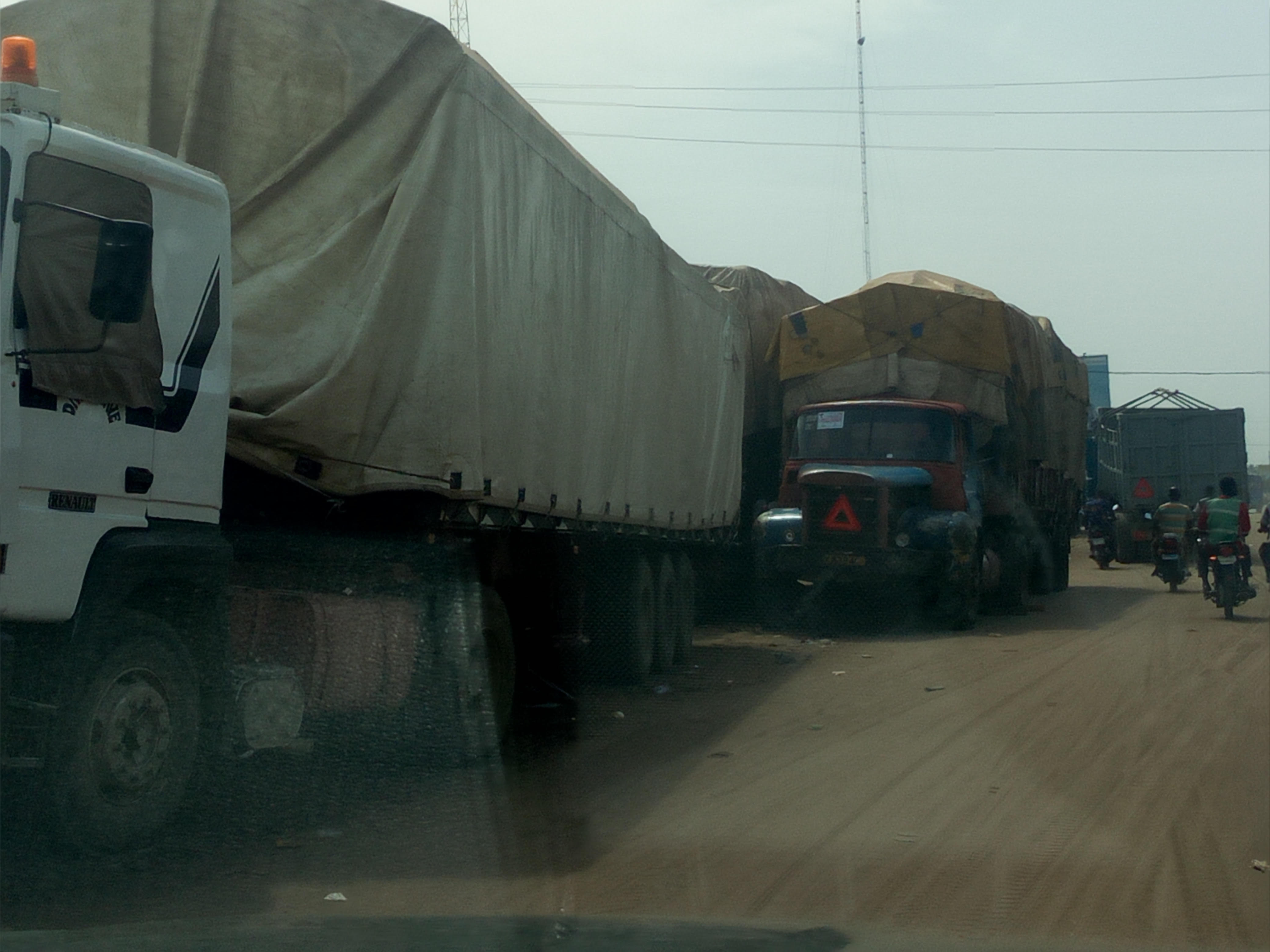 For years , Nigeria has been losing billions of naira to Republic of Benin over the use of Atlas Park provided by the Republic of Benin Customs Administration for Nigerian importers with their agents to keep their transit cargoes.  The decision by Mohammed Uba Garba, Comptroller, Seme Command , to change all that by providing a temporary site at the Seme-Krake Joint Border Post, where the agents could park their truck laden cargoes may   have changed all that .  This is because Nigerian importers now take delivery of their truck load of cargoes  within Nigeria territory instead of Atlas Park which was in Republic of Benin land area of the Joint border which had been closed on the orders of Mohammed with the support of Hammed Ali, a retired Colonel and Comptroller General, Nigeria Customs Service, NCS.

As a prelude to  the closure of the Beninoise Atlas Park for keeping of transit cargoes at the Atlas Park, the Seme Customs boss , who has the backing of Ali, the Comptroller General was said to have  given the agents December 31, 2018, deadline to make all the necessary arrangements to evacuate their trucks to the temporary site provided for them at the Nigeria side of the Joint Border Post. The repeated appeal by the agents from both countries including the officials of the Customs Administration of Benin may have forced the Seme Customs Comptroller to extend the deadline to February 4, 2019. This may have been done to carry the agents along in the enforcement of the Customs International law on transit cargoes on August 1, 2019  which provides for  a single entry and  exit route for transit cargoes instead of the use of another illegal route which was the case before now.

The relocation of the Command’s Administrative base to the European Union, Funded Economic Community of West African states, ECOWAS, building , at the Seme-Krake Joint Border Post to join the Beniniose Customs Administration and other Security agencies for the actual implementation of the One Stop  Joint examination of cargoes  at the Joint Border.   Also worthy of note is the fact that the Japanese  international Corporation, JICA,World Bank, ECOWAS and other development agencies had organised a two -day workshop last year in Accra, Ghana, on the One Stop Clearing process to prepare the mind of the Customs officials in the sub-region and the Central African,  sub-region for implementation of the scheme. The essence of the Joint Border Post, popularly known as One Stop Border, which is a European concept,  according to Garba, the Seme Customs boss was to ”reduce  delay in clearance, integration, sharing of information and data between the Customs Administration of the two West African countries”.

When The Value News visited the Joint Border on Wednesday, February 27, 2019, it was a beehive of activities. Garba has kept to his words, as most of the transit truck laden cargoes had been relocated to the Customs temporary site under the supervision of Rashid Andahunsi, a Deputy Comptroller in-charge of the Command Enforcement Unit to ensure proper parking. When The Value News visited the Joint Border  last Wednesday and took time out as an uncover Journalist to visit the Beninoise side of the Border there were over 100 trucks on the queue  awaiting to be given clearance to enter the Nigerian side of the Border. But the major problem being witnessed by the Seme Command  at present is Congestion which had remained the major problem of the seaports over the years.

The Value News went round the temporary  park and discovered that it may not be enough to accommodate all the trucks coming into the Country from Cotonou if given the green light to come in. This may have informed the reason why Garba, the Customs Comptroller has enjoined the agents to make all the proper declaration before putting their truck laden cargoes on the road to the temporary park to ease the congestion.  Industry stakeholders believe the Seme Customs Comptroller may also need to invite Ali, the Customs Comptroller General to visit the land Border to see things for himself that the mini-seaport is growing fast  in order to develop an alternative site for  keeping of transit trucks. According to some agents who spoke to The Value News, they confirmed that  Garba, Seme Command Comptroller had  taken the bold initiative to sustain the expansion of the temporary truck parking site to accommodate more trucks.

He has also beamed his searchlight on the closed illegal route as about 40 truck laden cargoes were said to have been trapped with the implement of the One Stop Border Post which only recognised a single entry and exit route.  With the current development, the owners of the trucks have to get approval from the Customs Headquarters before they may be allowed to enter into the country with the  trucks or they would be forced to remain.  The smart agents  who had put the trucks on the illegal route to Nigeria may have outsmarted Garba’s men as they quickly made u-turn to follow the approved ECOWAS  route at  the Joint Border Post.

Eke Onyebuchi, a Seme based agent who could not hide his feelings said the’ the major problem they are facing at present at the Joint Border was Congestion’. Onyebuchi,  want the Customs Area Comptroller and management team to fine tune the process so that when the agent succeeds in getting the client’s truck out from Cotonou port or any other port in the West African sub-region to the Border it would not experience any difficulty in taking it to the Nigeria side of the Border. he noted that once the cargo enters into Nigeria side of the Border, it takes less than 24 hours for the agents to take delivery of the Consignment without delay after making the correct declaration and making all the necessary duty payments and  other charges. ”This is because of the transparency of the process”, he said.

Notwithstanding the problem being experienced by agents, the Seme based Customs agent said   ‘it was a right decision taken by Garba to channel the resources wasted by importers in these other West African countries back to Nigeria, adding that Economic and social activities are back to life at the Joint Border as people now have jobs to do that could put food on their table without going into smuggling.

Dom Asogwa,  , Nigeria Immigration Service, NIS,  Seme-Joint Border Post said the truck Congestion being witnessed at the land Border post was because there was no ”proper arrangement made by the Customs Authorities because going ahead to implement the enforcement of the Customs International Law on transit cargos.  Asoqwa disclosed that the poor arrangement has affected the activities of his men over checkmating the movement of immigrants including the drivers of the trucks into the country. It was learnt that since the last Public Holiday  declared by Abdulrahman Dambazau, a  retired General and former Chief of Army, and minister  of Interior and closure of the land Border across the country to forestall immigrants into the country, the NIS boss had stayed put at the Seme-Krake Border to oversee what his men are doing.