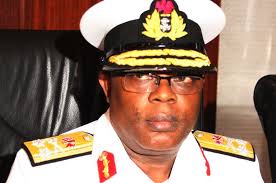 Until Friday, April  19, 2019, officials of the Nigerian Maritime Administration and Safety Agency, NIMASA,  Surveillance and Rescue Team and Officers of the Nigerian Navy , Eastern Naval Command, Calabar, Cross River state , in south -south Nigeria, were at a loss over the abduction of six Sailors of the Apcus, a Palau-flagged  Petroleum products  tanker of 3,000 deadweight  tonnes, DWT,  anchored  off  Bonny Island by Pirates , described as Nigerians.

The  abduction of the Oil tanker Sailors may have forced the NIMASA Surveillance and Rescue  Team officials  and the Naval personnel  to go back  to the drawing board  to re- statrategise for on how to keep the country’s territorial waters safe from the activities of pirates  who are making things difficult for  International Shipping Companies   sailing into   or out of the ports and oil terminals with their cargoes.

The   Pirates operations may have sent a signal to   Ibok Ekwe Ibas,  a Vice- Admiral,  and Chief of Naval Staff and Dakuku Peterside, Director General, NIMASA, to show serious concern on how to  bring the situation under control.  The duo were said to have directed their Patrol and Surveillance teams to ensure that their presence are felt in the length and breadth of the Bonny and Lagos  Channels to protect the vessels sailing into the country shores. or  outside   the port or oil terminals.

Ekwe-Ibas, the Naval Chief, who could  not hide his feelings over the embarrassment caused the nation  among other maritime nations  over the abduction of the six  Oil tanker  Sailors was forced  to give a matching order  to Rear Admirals, Habila Ngalabak and Matthew Emuekpere,   who are the  Flag Officers, Commanding the Western and the Eastern Naval Command respectively  to be” proactive in their actions to prevent se the sea  pirates from operating in the Nigeria waters in order to compliment the efforts of the NIMASA Coast Guard officials .

The  Naval top shots may have realised the  importance of Cooperating with other relevant Agencies like the Marine Police, Army and NIMAS, that they had maintained regular interactions with them, particular, the , NIMASA , Surveillance and Rescue  officials  to enhance their ”policing duties and sustain the internal security of the country. It was not surprising why  the Eastern Naval Command  and the NIMASA Search and Rescue officials  were on top of the abducted Sailors incident.

Insiders told The Value News  that Pirates major reason of attacking  vessels, particular Oil Tankers to  abduct Sailors was  basically to ask for ransom.  It was learnt that no sooner did information filtered out that  Pirates had attacked an Apecus  Oil Tanker, and six Sailors arrested,  than for  Rear Admiral Emuekpere, the Flag Officer ,who was contacted to reach out  to the  Flag  patrol  boats Commanders  to lauch out investigation immediately to rescue the sailors and t apprehend the Pirates to face the full weight of the law.   They did not hesitate in doing so  and the sailors were said to have been rescued.

Recall that prior to the recent  Oil Tanker attack off Bonny Island and subsequent  arrest of  six sailors   by the unidentified Nigerian Pirates, there had been several other instances where ships  had been   hijacked  and Crew members robbed  by pirates.  One of such vessels  and the Crew members arrested were said to have been freed on the notorious Gulf of Guinea by  a Spanish  Warship on April 9, 2019 after four days in the pirates den.  Another attempt by   on April, 15, 2019, by four armed  unauthorised  men  who were said to have  boarded  an anchored Oil Tanker  off the Bonny Channel were said to have been frustrated  by the Eastern   Naval  Coast Guards  onboard  a Patrol  ship.  The still resistance put up by the Naval guards may have sent a signal to the pirates that it is  no longer going to be business asusual  as Rear Admirals  Emuekpere  and Ngalabak , overseeing the Eastern and Western Naval Commands  are ready for them in all fronts  to neutralise their efforts at any time.

Maritime analysts averred  that in the last  decade   the country  has become a hot spot  for piracy  activities , competing only with the Gulf of Guinea. A naval  source confirmed that between 2006 and 2016,  over 6o Oil Tankers were attacked  by pirates . It was gathered that in 2011, alone  , 30 ships including Oil Tankers and Merchant vessels  were hijacked  and over 100 sailors  kidnapped.

Within the   first  in the first quarter of this year, The  Value News  finding shows that   there had been fourteen reported  cases of pirates attacks on ocean going vessels and  Oil Tankers, on Nigerian waters,  compared to 22 reported cases  in the same period last year.

The source attributed the decline  to the efforts of the Flag Officers Commanding the Eastern and Western  Naval Command  to” actively respond  to reported cases  of pirate attacks  by quickly dispatching patrol boats fitted with guns  to neutralise their plan.

Indeed, the continuous  piracy attacks on  ocean going vessels , particular Oil Tankers, appears to be giving Peterside, the NIMASA boss , a course for concern. With the support  of the Naval patrol boats , the government maritime Regulatory agency  was said  to have”  improved and increased  its surveillance  on the country’s waterways to forestall l the activities of the pirates.

Note that  the Navy  under the current watch of  Ekwe-Ibas,  has designed   a number of special programmes  to patrol the country’s Eastern waterways  where the pirate attacks on Oil Tankers are more pronounced  to combat the crime  with sophisticated  technology  and modern patrol gunboats. Many believe that whatever achievements that  the Navy may have  recorded in the recent time  was as a result of the good working relationship and understanding  with other relevant security agencies including NIMASA.

The good news was that the agency  had reactivated its  maritime awareness  policy , which involves  a satellite view of the nation’s maritime space. The quick response of the Navy  in launching an investigation into the recent  reported  attack  on an Oil Tanker  and kidnap of six Russian sailors  may have encouraged  the Organisation  to hasten efforts to acquire   ”fast intervention vessels, maritime helicopter and another special  mission aircraft   to address  the problem of piracy in Nigerian waterways”.

Perhaps to effectively carry out its surveillance and rescue operations  ,  the NIMASA , helmsman had  revealed that they were already working closely with the military  to ”traina  new set of military  personnel  on maritime security who would be bearing arms  . ”NIMASA Coast Guard  officials, according to sources,  are not allowed  by law to  bear arms ”.  This may have force them to retrain  its search and rescue personnel,  on ”maritime security surveillance” to be able to cope with the speed of the Naval patrol boats.

Recall that the  International Maritime Organisation, IMO,  had given the agency  kudos  for being  one of the maritime nations that had recorded at least  80 percent  compliance on the International ships and Port Security Code, ISPS.  These should gladden the heart of  Peterside, and the Agency’s Coast Guard  personnel who have  been instrumental in policing the waterways and given the  pirates the battle of their lives.