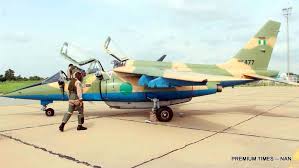 President Muhammadu Buhari appears to be unhappy over what is happening at the Baga fishing town in Borno state, Nigeria. This is because of the conflicting signals that the Islamic Fundamentalist, Boko Haram have overrun the town in 2015 but was re-claimed by the then Multi-national Joint Task Force, MNJTF, Commanded by Tukur Buratai and now Chief of Army Staff, CAS, the next month.

The Value News that Abubakar Shekau, BokoHaram leader was not happy over the loss of the fishing town to the MNJTF and Nigerian soldiers and was determined to reclaim it back. Despite the tight security that was said to have been mounted in the town by the MNTF and the Nigerian soldiers in he terrorists made repeated incursions into the town by attacking military bases and carting away weapons.

The situation became worse at the of December 2018 over conflicting reports that the insurgents may have taken over the Baga fishing town and six other villages in Kukawa local government of Borno state. The report was coming barely five days Buratai, a Lt.General and Chief of Army Staff, CAS, said no part of  Borno state have fallen into the hand and control of the insurgents.

The rumour became pronounced on Saturday, December 29, 2018,  that the   terrorist group had effectively established their presence in Baga fishing the the Chad Basin by pushing back the Multi-national Joint Task Force, MNJTF and the Nigeria soldiers out of the area.

Recall that  launched ”Operation Egwu Eke”, which in Ibo parlance means the” dance of the python”, to sustain the tempo of fighting in the fishing ensure that it remains under the control. However, Residents claimed the flag off of the Operation Egwu Eke may have forced the insurgents to fight with the last drop of their blood with their foreign Collaborators to take over the town.

They claimed  the insurgents  who were not scared about the MNJTF and Nigeria soldiers presence drove into the fishing town in a convoy of over ten fighter gun vehicles. They were said to have gained entry into the town through the main road  from Kross Kawwa to launch  the Coordinated attacks on Wednesday, December 26, 2018, which may have devastated the MNJTF and Nigeria soldiers.

They were said to have overrun  the MNJTF Headquarters, a Naval fighting base and a Marine police base in taking over Baga and the six other Communities- Doron Baga,  Kross Kawwa, Bunduran,Kekeno and  and Kukawa  .

The situation in Baga may have become worrisome that security experts could not precisely say whether the MNJTF and Nigerian soldiers  were still in control of  Baga that Abubakar Sadiq,  an Air Marshal and Chief of Air Staff have to give the nod for the deployment of  Air Force fighter jets to provide  close air support  to  troops of the 45 Battalion at Damarsak in northern part of Borno. The helicopter was said to have been deployed to the area  after   of intelligence, surveillance reconnance , ISR, missions confirmed that there was a building  in the area used as a meeting point by the members of the Islamic  State of West Africa Province, ISWAP, to plan their attacks in  the Baga fishing town and its environs. That much was confirmed by Daramola, a Commodore and Air Force Public Relations and Information officer. Daramola Alpha Jet Aircraft was deployed to attack the building and scatter the insurgents.

The AirForce Commodore said the target was hit leading to the building and of the insurgents.  In spite of the good work of the Nigeria Air-Force Alpha Jet pilot to destroy the ISWAP terrorist building and the the Combat helicopter could not seen from the radar, as an indication that it may have been shut down by the hard fighting insurgents or crashed. The incident, according to the Air Force image Wednesday, January 2, 2019.

A statement released by Daramola, the Air-Force Image maker assured the the Alpha Jet disappearance from the radar which are still sketchy would be made public. He disclosed that a search party had been sent out to look for the  missing Combat Jet  as investigations have begun to ascertain what went  may have gone wrong and what happened to the Combat Jet. The Air-Force Spokesman was optimistic that as soon as the investigation was complete and the report presented to the Military Authorities, it would be made public, insisting that the NAF have nothing to hide.

Despite th Crash of the NAF Alpha Jet, Buratai, the Chief of Army has soldiers not to be as the insurgents would surely be crushed. The President was said to have given the military the necessary weapons to confront the who security sources said are carrying sophisticated the type used in the Libya war and Al-Shabab terrorist group in Somalia.

Security sources  believes that the MNJTF and the Nigerian soldiers may not have been able to flush out the terrorists from the Nigeria soil because the battle which was initially centered on crushing the BokoHaram insurgents has  turned into a full scale jihadist war with the involvement of the ISWAP, who have their Al-Queda sponsors in the Islamic Maghreb region of North Africa including Mauritania.

A south African Mercenary reportedly said that the major problem of the MNJTF and Nigerian soldiers was the  sub-standard training which many of them received on weapons handling  during a war situation.  The mercenary  may have hit the nail on the head  when he was quoted to have said that  Buhari has been taking the worst military  advice  from his security Advisers.

He noted that the moles are always happy  to see Buhari  allow military personnel travel overseas or proceed to the Nigerian military Academy , Zaria, where  they receive  substandard training and the incorrect equipment  supplied  by the United States and other foreign governments and  their PMCs-along with worst military advice.

The   South African Mercenary said the MNJTF and the Nigerian soldiers should  not be blamed over their inability to crush the but on those who have been giving worst the military advice Buhari, which he has been carrying out over the last three and half years.  The fallout was the ease at which the insurgents attack military bases leaving on their throes scores of  slain soldiers in the state. The Metele attack where over 100 soldiers were killed  remain fresh in the mind, though the Army claimed only 13 soldiers lost their lives during the confrontation. The insurgents were said to held on to the MNJTF and Nigeria soldiers for hours at the military base without running out of weapons or withdrawing from the advancing MNJTF and Nigeria troops.