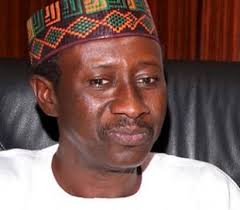 This is not best of times for Cocoanut dealers at the Badagry Cocoa nut market in Lagos, south west Nigeria and their Customers. This is because the activities of the  Border drills security Operatives stationed along the  Lagos –Seme road.

The Border Drills Operatives may  have taken advantage of the government policy  measure to close the border  with the neighbouring countries  of Republic of Benin, Niger, Tchad and the Central African country of Cameron  as well as  the ban on  imports and exports of cargoes through the land border to  intercept any item coming  from the border axis including Cocoa nut.

The Border drills Operatives, according to sources  do not believe that Nigerians could  grow Cocoa nut in Commercial quantities  in Badagry  and its environs, , let alone have a sprawling market where traders from different parts of the country come on a daily basis with their trucks or Pickups to buy the item. They believe that  Cocoanut found in Commercial quantity on Nigerian road are smuggled from the neighbouring Benin and Ghanna.

It is not surprising why they do not  want see  any trucks or pick ups  carrying  Cocoa nut on the Lagos –Seme road. Traders who have attempted  in the recent time to patronise the Badagry Cocoa nut market would never  forget their experience in a hurry. Their Consignment had been intercepted  and transferred to the Border Drills Operational base at Ikeja Customs Training College.

The Magazine cited one of such  Trucks loaded with Cocoa nut  on the  street beside the Federal Operations Operations Unit , FOU, Zone A, premises at Ikeja. This is the lot of one Mrs. Abigail Njoku, a lagos based  Cocoa trader.

The Trader was said  to have gone to the Badagry Cocoa market, which shares boundary with the Nigerian Navy, NN, and the Western  Marine Customs Command out station, on Tuesday, October 29, 2019. She was said to have  ran into the Border Drills at the notorious Agbara Checkpoint carrying 61 bags worth thousands of naira load in a truck. Only 10, out of the 61 bags was said to be her own, while Mrs.  Favour Akor, another trader  owns the remaining 51 backs found on the Truck.

It was learnt efforts by Mrs. Njoku  to make the border drills Operatives security Operatives  at the Agbara understand that  the  item was bought at Badagry  Cocoa market proved aborted, as the Officers insisted that she  must go to the Zonal Command office at Ikeja to prove her case  over the commercial quantity bought.

As at Friday, November 1, 2019, the Consignment were still been detained including the driver of the Truck, who may have been held as a suspect to justify that that it was smuggled .

Perhaps, to prove that  the Cocoa nut was not smuggled but legitimately bought at the Badagry Cocoa nut market, , she was said to have reached out to the market officials to come to her rescues  in the hands of the Border Drills in order to save her market.   Makami Emmanuel, one of the senior leaders overseeing the market  and two other officials of the market  were said to have been sent to Ikeja to meet the Border Drills  security operatives.

The Magazine ran into him at the Border Drills Ikeja office. Emmanel, who was not happy that local traders are being treated as smugglers disclosed that this is sending a bad signal  to people from other member countries of the Economic Community of West African states, ECOWAS, sub-region.  He  confirmed that the ibgo trader actually  bought the Cocoa  found on the detained truck by the Border Drill at the  Badagry Cocoa nut market.

‘’We came  to confirm to the Border Drill Operatives  that  the 61 bags of Cocoa nut found on the detained  truck were not a smuggled  in the market’’ but sold to her by  the dealers  who have shops in the market. The Badagy market officials were said to have armed themselves  with  the  market relevant  documents and photos requested by the Border Drills to prove that the Cocoa nut  was actually bought at the Badary but that was how far they could go.

Efforts to  reach out  to Shuaibu, a Assistant Comptroller  and a former  Laagos Zonal Commander of the Comptroller General Strike Force In Lagos, now deployed to the Border Drills, through phone calls and visits proved abortive.

In spite of the fact, the Badagry Cocoa nut market officials  provided all the documents demanded by the Border Drills Operatives,  the team  leader was  said to have insisted on examining the truck to ensure that there was no Thai parboiled rice Concealment which he was obliged to do with his men. He was said to abandoned them  and left for the Seme border to continue his work leaving the examination of the cargo to other officers.

The bad news was that many Cocoa nut traders have decided to keep away from the Badagry Cocoanut market for  fear of  loosing their cargo to the Border Drills operatives  who were said to have abandoned  their major task of checkmating  the activities of cross-border rice smugglers to run after Cocoa nut and Pineaaple  traders.’’ We have  lost  our Customers from Lagos and other part parts of the country’’, Emmanuel  lamented.

Appealing to  Babagaba Munguno, a retired Army Major General and National Security Adviser, NSA, overseeing the Border Drills and Hameed Ali, a retired Army Colonel and Comptroller General, Nigerian Customs Service, NCS, to  call their men on the Lagos- Seme road order, the Badagry Cocoa nut market  official  disclosed that it is the only way to save the market which had already been crippled over the last two months.

He disclosed that most of  traders  who patronise the market  including the some Small and Medium scale Industries, SMEs , use the  item to produce Cocoa nut Oil   which are exported to other West  and Central African countries. He further revealed that Bread  Bakers, Hoteliers and restaurant operators  who also  buy large quantities of Cocoa to bake bread or prepare  Cocoa rice for Customers are no longer finding it funny as they  are scared of coming to the market because of the activities of the Border Drills Operatives on the  road.

This is where Sanwo-Olu, the All progressive governor of Lagos state may have to intervene  to save the market which is giving the sate  millions of naira  yearly revenue. Note that the Lagos state government may lose this source of income if the market is allowed to close down because of the activities of the Border Drills personnel on the road.