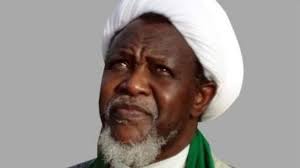 Between December 15, 2015, and now, Sheikh Ibraheem El-Zakzaky,  the Leader of the Islamic Movement of Nigeria, IMN,  and Zeenat, his Wife who been Kaduna state prison Custody have been in and out of Court  were said over the IMN members Clash with the  Yusuf Tukur Buratai,  a Lt.General and the then Chief of Army Staff, COAS and now Nigerian Ambassador in the neighbouring West African country of Republic of Benin. Prior to their being taking to Kaduna prison, the Couple had been in the Department of State Security, DSS, Custody.

The Couple had been  dragged to Court by the Kaduna state government  over their alleged  involvement  in the violence  that was said to have resulted  in the death of one of the soldiers  attached to the former COAS, and the subsequent massacre of followers by by soldiers   in December, 2015  at the instance of Lt.general Buratai, the then COAS.

The Couple had engaged the services of a Team of Lawyers with Femi Falana, a Legal luminary and Senior Advocate of Nigeria, SAN, as the lead Counsel to contest their’’ unlawful an unconstitutional detention by the Nasir El-Rufai, led All Progressive Congress, APC, Kaduna state government in order to force the north west geo-political region state government to open the prison gate for them to go home without further harassment in January 2017.

The Couple case may have taken a new dimension as the Kaduna state government instead of getting them out of the Kaduna prison had decided to prosecute them in 2018. The contentious trial had been adjourned several times by the Court. But the road to the Cleric and Zeenat, his Wife, again freedom was said to have started   when the  Kaduna state government adjourned the trial  to March 31, 2021, ‘’to allow the prosecution close its case’’.  The Court, according to Falana, the Lead Counsel for El-Zakzaky, legal Team, had sad said that video recordings, dane guns and SIM Cards were admitted in evidence by the Court.

The Couple, who were said to have been dragged to Court by the Kaduna state government on an eight count charges bordering on alleged’’ ‘’culpable homicide, unlawful Assembly, disruption of public peace, among others, following the Clash with the Nigerian Army in Zaria, where the IMN, which many believe have close link with Shia Muslim of Iran had its Headquarters in December, 201, which may have informed why it was  easy to clash with the Army during one of their processions.

Although, the Court had repeatedly ordered the detained Couple should be released by the Kaduna state government but that was how far it could go. The refusal of the Kaduna state government to release the duo as ruled by the Court may have informed why the Cleric followers had at different times protested in Zaria, Kaduna and Abuja, the Federal Capital Territory, FCT, to draw the attention of El-rufai, the Kaduna stat governor and President Muhaammadu Buhari, a retired Army General to the plight of the Couple In Kaduna prison.

There are indications that some of the protest could have turned bloody both for the quick intervention of security Operatives to disperse the IMN protesters to avoid a breakdown of Law and order.The Cleric Legal Tem may have known that their Client will win the case against the Kaduna state government when the Court reconvene on July, 28,2021, to resume the trial  at the Kaduna  state High Court.  Note that the Couple Legal Team, had filed a No-Case- Submission against the Kaduna state government, insisting that they have ‘’nothing to defend on July 1, 2021.

Justice Gideon Kurada, the trial Judge was said to have fixed  July 28, 2021,  for final  ruling on the No –Case –Submission filed by the IMN, Leader against the Kaduna state government after the Prosecution  and Counsel to the defendants , had addressed  the Court on the issue.

Falana, SAN, the Head of the El-Zakzaky and Zeenat, legal Team, had pleaded with the Court to release his clients who had been in Kaduna prison Custody since 2016 prison Custody without any condition attached to it. The Legal luminary  had made it clear   while addressing the Court that    even  though  the Prosecution could call 15  witnesses, it would not change the Judgment  this time around   as their ‘’No case  has submission has been established  to warrant the  Couple being released from prison Custody.

True to his words, on July 28, 2021,  El-Zakzaky, the embattled  Leader  of IMN, and Zeenat , his Wife, were freed by the Court based on the ‘’No case –submission filed, against the Kaduna state government on an alleged  ‘’culpable homicide, unlawful Asembly and  disruption of public peace’’  levelled against them . The trial Judge was said to have upheld the El-Zakzaky and Zeeenat, his Wife submission.

In setting the couple free, the trial Judge had said that ‘’the Prosecution failed to establish a prima facie case against the defendants’’. It was a sweet victory for the couple who have been standing trial over the last four years at a Kaduna state High Court.

Given the tight security at the Court premises on July 28, 21, may have given the officials of the state ministry of Justice and public prosecution the impression that the case is as good as having been won, meaning that the Couple would go back to their prison custody. They were said to have been disappointed when the Court ruled in favour of the Couple by setting them free.

Informed sources told The Magazine that when information filtered out that the acclaimed IMN Leader and his Wife have been set fre by the state High Court sitting in Kaduna, there was spontaneous reaction at the Shia Muslim Headquarters in Zaria of jubilation by the followers . Even some of the followers, who had thronged to the Court premises  to witness the proceedings and  get first- hand information on the Trial Judge Ruling had given’’ praises the Almighty Allah’ for giving their Leader and Zeenat , his Wife  victory, over El-Rufai led APC Kaduna state government.

Recall to the Kaduna  state High Court Ruling, Ibrahim Musa, the MN, spokesperson had told those that cares to listen in January 2020, that ‘’no matter the amount of blackmail and misuse of state power by El-Rufai, and the agents of state, would avert ‘’the whirlwind of Justice  from catching up with them.  He had said that ‘’Justice will be served in the IMN couple’s case’’. Even, the Kaduna state governor was quoted to have said that only the Kaduna High Court cab release the couple from the state prison Custody. The Kaduna High Court has proved him right.

Prior to the Court ruling, Falana, El-Zakzaky, lead Counsel had  ‘’prayed the Court ‘’to rule in favour of  his Clients  and dismiss the Charges levelled against  them as there was no Criminal case that has been established  against them  by the Kaduna state government’’

For now, the Kaduna state government have two options, either to accept the Court Judgment as it is or Head to the Apeal Court and  Subsequently to the Supreme Court to upturn the Judgment. Your guess is as good as mine.