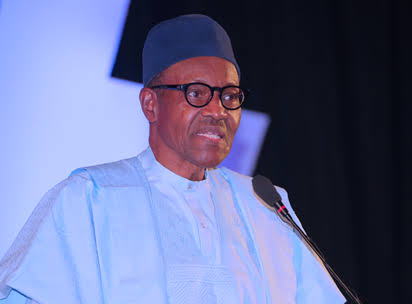 In spite of the fact  that former President Olusegun Obasanjo, a retired army General and others, were said to have ganged up to forestall the re-election bid of President Muhammadu Buhari of the ruling All Progressive Congress, APC,  he appears confident of beating Atiku Abubakar, his closest rival  and the People’s Democratic Party, PDP, Presidential Candidate in the 2019 Presidential election.

The rumour making the rounds that Ahmed Bola Tinubu, a former governor of Lagos state, popular, Jagaban and National leader of the APC, who was instrumental to the defeat of  former President Goodluck Jonathan of the PDP in the 2015  election had turned his back to Head the Buhari National Campaign Organisation may have strengthened the bond between the duo as they  appear frequently together in public functions these days to disabuse  people’s mind that there is no crack in APC.

At the  launching  of the National  Forum  of the National Committee of Buhari Support Group, Tinubu had declared that ”Buhari would win because he had turned around the fortunes of the economy for good”

The former Lagos state governor and political tactician said the current President is committed to laying the necessary foundation that would transform the economy of this country In, noting that he is than  the ”three  PDP Presidents who had ruled the nation. They are Obasanjo, Late Musa Yar’ and Jonathan, from Bayelsa state.

The renewed bond of Buhari and Tinubu, to plan together for the 2019  election may have emboldened him to beat his chest that he would win Atiku, the PDP, Presidential with margin in the 2019 election.

Lai Mohammed, minister of Information and Culture at a recent interactive session at Abuja had alluded that  the National Assembly Lawmakers had attracted public sympathy towards the APC, Presidential candidate,  because of their unruly to prevent him from presenting the 2019 Budget for consideration and passage.

”The unruly action has provided the platform for Buhari, to win the 2019 election and APC, to assert its majority in the National Assembly”, he said.  The minister noted that despite their opposition to embarrass him, ”Buhari remained dignified and Presidential”, stating that ”everything so far points  to the fact the APC Presidential Candidate would record  a landslide victory in the 2019 polls”.

may have won the heart of farmers in the Agricultural value chain, who said to have thrown their weight behind him. The Rice  Farmers Association of Nigeria, RFAN, were said to have donated N1.2 billion to boost the Presidential Candidate Campaign funds.

Aminu  Goroyo, the President of the Association said they were encouraged to do of the introduction ”Anchor which had turned around the fortunes of the 122  thousand the Association nation-wide.

The Fertiliser Producers and Suppliers Association of Nigeria, . were also said to have thrown their weight behind Buhari to ensure that he beats the Candidate, in the 2019 election. The Group was said to have donated 570 million Naira to the APC  Presidential  Campaign funds to facilitate his re-election bid.

Buhari, ministers and other Chieftains APC were said to be at the RIFAN, Gala the Presidential Villa on Wednesday, December 19, 2018, where the financial donations were made to the Campaign funds. Thomas Etuh, the President of the Association, who could not hide his feelings  said the ”money  was contributions for the re-election of Buhari  of the ruling APC  government.

Etuh said EPSAN, has every reason to support Buhari, the APC , Presidential Candidate re-election bid because of his financial support to farmers, noting that before 2015, the country had only four functional Fertiliser plants which was not enough to serve the need of farmers but had grown to about 30 plants in the last thhree and half years, no thanks to Buhari.

An elated Etuh  disclosed that Buhari had made a yearly saving of N120 million for the country through Fertiliser subsidy  since he assumed office in 2015 and therefore should be re-elected in the 2019 polls. Godwin Emefiele, the governor of CBN, noted that since Buhari came up with the Anchor Borrowers policy on November 17, 2015, it has resulted in the savings of $800 million.

Garus Gololo, Coordinator of Miyetti Allah Cattle Breeders Association of Benue state, took a swipe at Atiku, the Presidential Candidate of the PDP,  with a verdict would in the country if elected the next President. Phrank Shuaibu, Spokesman, Atiku Campaign  Organisation had said that  ”there would be more killings of farmers in central states of Benue, Taraba and Nassarawa states if Buhari was re-elected in the 2019 Presidential election. But Allah said ”it was Fulani Herdsmen that have issues with farmers in Nigeria, stressing that be re-elected for another four years in office, described by the Opposition PDP  as another four years of ”hunger and suffering”.

Atiku supporters would want Nigerians to ignore the propaganda of the APC and the PDP Presidential Candidate who they believe have the requisite political and business experience to fix the battered economy of the nation by the APC  government. Atiku supporters are optimistic that he would beat Buhari massively in the 2019 election. Indeed, the next two months would determine where the Presidential pendulum would swing  Buhari or Atiku as the Presidential Candidates of the two major parties, APC and PDP are Campaigning vigorously  to win the 2019 Presidential election.