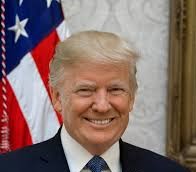 The European Union Commission, EUC, appears to have thrown its financial weight on the Independent National Electoral Commission, INEC,  to ensure the conduct of a free and fair election in the country. The Commission may have step in because of  the repeated complaints of Mahmood Yakubu, a Professor and Chairman of the Commission of paucity of funds to execute most of its projects that are crucial for the conduct of the elections such as printing of electoral materials and other logistics.  Theresa May, Prime Minister of Great Britain, may have been informed when she visited Nigeria recently that one of the major areas  which the Commission would  need the support of the EU would be in the area of technical support.  May, the British Prime minister, according to Diplomatic sources have been more concerned on how the EU could provide the needed technical support to INEC, to ensure a free and fair election that would usher in a new government in the country.

Manji Wilson, the EU’s Electoral Administration and Communication expert disclosed that the EU has so far spent over £100 million to assist the INEC  in the conduct of the elections. Wilson disclosed that the amount  was not made available in cash to the Commission  but spent on providing ”technical assistance for the 2019 elections”.

It would be recalled that Buhari and his aides  did everything within their powers to stop the American embassy from granting VISA to the PDP Presidential Candidate. He did not want what happened in 2015  as captured in ”My Transition Hour, a book written by former President  Goodluck Jonathan , where he had accused Barack Obamma , the then US president of having plotted his defeat by Buhari, the then APC Presidential Candidate and  incumbent President.

The  government justification for its opposition to the US Embassy, granting  VISA to Atiku, the PDP, Presidential Candidate was to avoid giving the impression that the US government  has endorsed him which might influence voters in the 2019 general elections.

It would be recalled also that Lai Mohammed, minister of Information had raised alarm of moves by the former Vice President to lobby the US to lift  the VISA  ban imposed on him over the years. The minister had argued that the timing was wrong  because the country is faced with another general elections that would usher in a new government in 2019. Mohammed, who may be speaking the mind of Buhari may have pleaded with the US  government  to be neutral and be wary of taking any hasty decision that will give the impression  that they are favouring  or endorsing  one Candidate over another.

Inspite of the government opposition, the US Embassy was said to have granted VISA to the PDP Presidential Candidate after consultation with the higher Authority in the US. The VISA granted to Atiku by the US Embassy may have thrown the APC  into confusion and fear of losing the 2019 elections to Atiku, the PDP Candidate.But the US has come out to deny the media report , stating that it has not granted VISA a to Atiku. This may have calmed frayed nerves in APC.

The President may have had at the back of his mind about what happened  at the nation’s political scene in 2015, after the invitation to Catham House in United Kingdom to deliver a lecture on the Nigeria economy. The retired Army General had returned to the country a happy man, fueling speculations then, that the EU and the US has endorsed him to be the President of Nigeria in 2015. According to a source, his political profile rose astronomically, thus putting the then PDP government in disarray.

Prior to the alleged granting of the US VISA to Atiku, Emmanuel Macron,  Angela Merkel and May, France President, German Chancellor and British Prime Minister respectively had visited Nigeria last August. They were said to have had closed door meeting with Buhari at the Presidential villa during the visits. The three world leaders are influential members of the EU and could change public opinion about any unpopular leader in the third world.

Wilson , the EU Administration and Communication Expert, may have spoken the mind of Trump, the US President , when he said they have” no preferred Candidate  among the Presidential Candidates of the 41 Political  parties allegedly registered by INEC for the elections”.

The question on the lips of most people was: why is Buhari and the APC leadership worried about the alleged VISA granted to Atiku by the US Embassy?.  Political analysts believe that the towering influence of the PDP Presidential Candidate both locally and abroad  may have sent a signal to the Buhari camp that Nigeria maybe heading to another of ”My Transition Hour” , no thanks to former President Goodluck Jonathan.

Aware that the world leaders may have turned their back on him, Buhari was said to have turned  to the Heads of State and Government of the member countries of the Lake Chad Basin Commission, LCBC, to join forces with him to defeat the Boko Haram insurgents in the north east geo-political region. He would want them to show  their support  by increasing their supply of arms  and deployment of  more soldiers to the Commission’s Muti-national Joint Task Force, MJTF.  he may have   looked to the direction of the LCBC leaders  ostensibly to redeem his image in the country ahead of the 2019 elections.

A worried Buhari fears that the Boko Haram insurgents killings of soldiers in Borno state which is hanging on his neck like the sword of Damocles and the western leaders attitude towards him this time around may rob him of victory in the 2019 presidential election. There are indications that the President may have deployed  security operatives and Department of State Security , DSS, personnel  to penetrate the ranks of his opponents  to weaken them psychologically, fueling speculations that what happened in Ekiti and Osun states, where the table was turned  against the PDP governorship Candidates , may repeat self at the national level.  This is because there is nothing the EU, US , or Commonwealth Observer team could do if  Yakubu, the INEC boss  declares Buhari, the APC , Presidential Candidate , the winner of the 2019 Presidential elections.  The party controls the Army, Police and other security agencies and could easily mobilise to unleash mayhem on the opposition because of their loyalty.