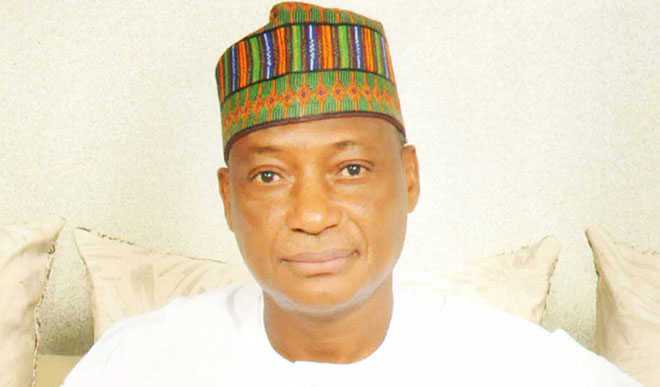 Worried by the alleged killing of  over one hundred Nigerian soldiers by the Abubakar Shekau led BokoHaram Insurgents , in Metele Military Task Force Camp in Borno state, President Muhammadu Buhari appears to have set the machinery in motion to  finally crush the insurgents before the 2019 general elections. This is to enable the people of the north east , geo-political region, particular, Borno  state, to exercise their franchise of voting in the general elections.

A s a prelude of overrunning the Bokoharam militants, an angry  Buhari  has said to have given a matching order  to Tukur  Buratai, a Lt. General and Chief of Army Staff,  to relocate to Borno, where the activities of the Insurgents are still very much felt  until the security situations in the entire north eastern states of Adamawa, Borno and Yobe states improve that people could move freely without fear of being attacked .

It would be recalled that Elkanemi Abubakar, the Shehu of Borno had told the President in his Palace last Wednesday that the” state is under siege of the Insurgents” as the security operatives have no answer to their operation. This is because of the ease at which they kill both soldiers and civilian populations in the state, an indication that there may be a mole within the military circles.

Buratai, who is an indigene of Borno  state may not be the only  top Army Chief that may relocate his office to Maiduguri, the Borno state Capital,, Dan Ali, a retired Brig. General and minister of Defense said the General Officer Commanding, GOC, 8 Division, Nigerian Army should also be warming up to relocate his Tactical Headquarters  operations  from Sokoto to Gusau, Capital of Zamfara state to oversee the conduct of  Operation ”Sharan Daji” that was launched  early this year to flush  out banditry in the state.

According to Ali, the decision by the government to relocate the Operational base of Buratai and the GOC in-charge of 8 Division, Nigerian Army, was a fallout  of the Army Council meeting held in Abuja, recently. The meeting, the minister further said had considered and approved  the promotion  of  qualified  senior officers to their next ranks, particular  those involved in fighting the troops in different parts of the country as a way of boosting their morale.

Tukur Gusau, a Colonel and the ministry  of Defense Spokesman in a Statement  confirmed that the President has given approval for the enhancement of the welfare  of the troops, particularly those fighting in the war torn  north eastern states of the  country.

Perhaps to ensure that the  fighting troops in the north east and other operational areas within the country  have better fighting  equipment to confront the Insurgents, Buhari was said to have ordered emergency  procurement  of critical equipment for the troops.  It would be recalled that the major complaints of the soldiers  deployed to the north east over the years to engage the Borko Haram insurgents for control of the soul of the region was dearth of critical fighting equipment  compared to the weapons used by the Insurgents.

Many believe that if the equipment that had been ordered by Buhari could arrive the country in good time, the President ‘s plot to flush out the militants from  the north east would be achieved without worry. He had vowed last week to ”wipe out the BokoHaram madness” in the country to redeem the promise made on assumptions of duty on May 29, 2015.

Those who are conversant with Buhari Administrative policy knew that he had never minced words on his commitment to give maximum support  to the military to prosecute the war in the north with BokoHaram. He had  also made it clear to those that care to listen that one of the cardinal  objectives  of his Administration was to ensure  adequate security of lives and property in the country. But that was how far he could go.

Until the BokoHaram insurgents are completely wiped out from Nigeria soil, security expert believed that there is nothing the Katsina  state born Nigerian President  may vow to do to tame the Insurgents that would be taken seriously by the people as they  would see it as one of those  Presidential assurances aimed at buying time while people are killed and kidnapped daily.