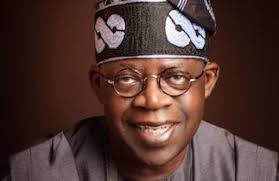 Akinwumi Ambode, governor of Lagos state who has faced threat of impeachment from the state House of Assembly can now heave a sigh of relief. This is because the godfather of southwest politics, Asiwaju Bola Tinubu, a former governor and national leader of All Progressive Congress, APC, who had plotted the impeachment with the support of Mudashiru Obasa, Speaker of the House had declared that there is no impeachment for him.

Indeed, if the House had proceeded with the impeachment as planned both within and outside the government, Ambode would have lost all his entitlements as a former governor of the state by the time he hands over to the next in-coming governor on May 29, 2019.

As a prelude to the intervention of the Tinubu  to save Ambode from impeachment by the lawmakers who are at the becks and call of the former Lagos state governor,pro-Ambode group of protesters had matched  to the House on Wednesday, January31, 2019 , to disrupt their plenary session.  The protesters had carried banners with inscriptions that the planned ”removal of the governor  would  disrupt  the conduct  of the general elections”.

The protesters had pleaded with the law makers to allow the Ekpe born governor who had been accused of misconduct and illegally spending  from the 2019  budget  to complete his tenure. Tinubu may have read the hand writing on the wall on the wall of protest vote by the people which might cause the party losing the state to Jimi  Agbaje, of the rival People’s Democratic Party, PDP.

Note that the former Lagos state governor would  never want another political party to take over control of the state, regarded as the  nation’s commercial nerve center  because of his chains of business, particular Alpha Beta Consulting firms, which is involved in collecting taxes for the state. Already Agbaje, the PDP  gubernatorial Candidate has made it clear to those that care to listen that he would ”terminate the Alpha  Beta which is linked to Tinubu, tax collection contract in the state if he wins the election.

The intervention of the former governor to arrange a peace meeting between the lawmakers and Ambode led Executive arm of government to resolve the conflict  speaks volume. ”We held a meeting and we have been able  to look into the various  conflicts  which is not uncommon in politics”.

Giving further insight into the meeting , the godfather, popular, Jagaban, was said to have tasked the parties: What is the genesis of the  problems, pretending not to know of it. He may have asked the question to absolve himself from blame over the crisis between Ambode and the Lawmakers.   Perhaps, the response of the parties to the question  may have informed why he told them that in a democratic setting ”people should expect some rumples and disagreements.

”We have looked into areas where we have to compromise, discuss and build the institutions, encourage the institutions and to really do what is right”, he had said. He may have gladdened the heart of pro-Ambode protesters who had stormed the state Assembly last Wednesday to protest against the impeachment plot , and Lagosians in general, when he confirmed , ”we have resolved that there is no question of impeachment in Lagos state” as both the Lawmakers and the Executive arm of government have agreed to work together.

Recall that the planned impeachment of Ambode filtered out when the Lawmakers  summoned the governor  to appear  before them within one week over the 2019 budget, which has not been presented to the House as at January 28for debate and approval.  The anger of the Lawmakers was that the governor had presented the budge last December against the tradition  of laying   it before  the House  as governor of the state but did not do so, described as a” violation of the Constitution” and an infractions by Obasa, the House Speaker, an indication that the Speaker may have influenced his Colleagues to think of the option of impeaching Ambode to teach  him a lesson he would never forget in politicis for daring the House.

Tinubu , who has mobilised the party leaders to be at conflict resolution meeting between Ambode led Executive  and the state Legislature is optimistic that  that the Lawmakers would meet soon resolve other areas that had to do with the 2019 budget and other issues. ”The party  has directed the two arms of government -the Executive and the Legislature to work together”, he said,  noting that” conflict resolution  is an essential ingredient of management”.

the duo Ambode,  the state governor and Obasa, the House Speaker, may have agreed to the resolution agreed at the peace to avoid prolonging the crisis in the state, particular Abode , who do not  want to lose his entitlements or be treated disrespectfully by his successor, who is likely to be Sanwo Olu, of the APC and Tinubu’s godson.