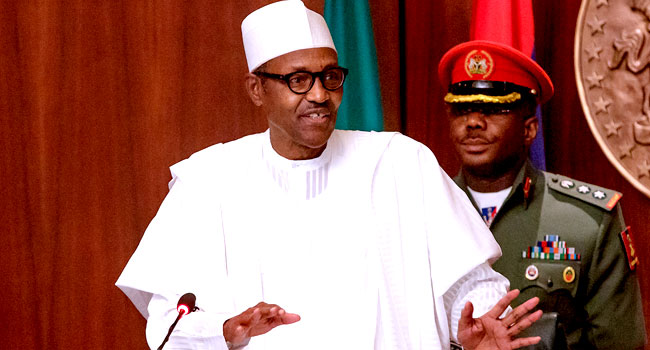 For years, the north east, had  been the battle ground between government troops and the Islamic Fundamentalist group, Boko Haram Insurgents  as the north western states of Kaduna, Katsina, Kano, Jigawa, Sokoto, Kebbi and Zanfara, enjoyed relative peace.

Political watchers believe  that the  seven north western states described  as rich in mineral deposits may have falling into the waiting  hands of Bandits  when they made an inroad  into the sleepy state of Zamfara with the alleged   financial support of foreign miners in the state protect their business of exploiting the resources of the state  .

The bandits may  have spread their tentacles to Kaduna,   by killing a Briton , a Nigerian and kidnapped three  others in Kajuru Resort Castle in Kaduna state.  They were said to have also  made several attempts to enter Katsina ,  President Muhammadu Buhari  home state  through Kankara  district but were stopped  in their hide out in the forest  by  vigilante group but with loss of lives on both sides. The two sides  were said to have lost seven fighter each.

It took the intervention of the police and other security agencies personnel  to restore normalcy in the area. The Vigilante groups and the security operatives may have relaxed, believing that the Bandits had been crushed. They got it wrong.  They  may have gone back to their drawing board to ensure that they strike with precision to bring out the Katstina  state born Nigerian President from his shells  to declare total war on them as he had done to the   Boko Haran Insurgents , in the north east.

They may have dared the President  with the abduction of  Musa Umar , a younger brother of Musa Daura, a retired  former Comptroller f Customs and incidentally the District Head of Daura, his home town, an indication that the bandits have broken the tight security  in Katsina state.

The  revered Daura District  Head, was sad to be taking the cool breeze in front of his Palace,  when  the four undignified gunmen struck , shooting sporadically into the air to scare  by standers who scampered for safety as they took the Monarch away to an unknwon destination. There are fears  that he may have been taken outside Nigeria to the neighbouring  Republic  of Nigeria  in order to force the government toto negotiate with them to facilitate his release.

The visit  of Abba Mato , Daura Council Chairma and other prominent sympathisers including top secirity  officials   to Umar’s residence to discuss the bewildering situation speaks volume. Security  sources told The Value News that the  President who was not happy when the information  filtered  out about the kidnap of his District Head  by bandits, disclosed that  he gave  a matching order to  Abubakar Adamu, acting Inspector General of Police, IGP,  and other security agencies, to ensure they rescued, the Daura  District Head  and bring the culprits to book.

Adamu, the police boss, knew that  he  can afford to fail the President as he   mobilised his officers to trail the kidnapers  as security has been tightened up in Katsina, Kauna, Kano , Jigawa, Kebbi,  Sokoto and Zamfara which share common  boundary with Niger  to ensure that there is no escape route for the Bandits  turned kidnappers.

The banadits may be following the operational footsteps  of the BokoHaram Insurgents who combine both  attack,  raid on Communities   to Kidnapping Innocent Citizens including school children to force the  government to negotiate with them.  This is evident going by the recent  attack in a  government   girls secondary  school, Moriki , Zuru local government area of Zamfara state, where   four students and  two teachers were allkidnapped by unidenfied gunmen.

The security situation in the country had never been too bad as Adamu Chika,  a member of House of Representatives from Niger state, north central geo-political region  fears that the kidnap of  the Monarch of Daura  has exposed the level of insecurity in the north west, a one -time peaceful region in the country. An aggrieve  Niger state born lawmaker  said , ” I cannot go  to my village, spend a night and sleep as I am talking  to you now as I  feel very insecure”.   The government has to do something  about it, he added.

Appealing to the President to mobilise his security Chiefs    to find a lasting solution  to the crisis situation in different parts of the country including Kastina, The increased rate of killings in the north east and north west,  armed robbery and kidnapping  in different parts of the country including Katsina, the Presiden  home state may have given  the Yakubu Dogara led House to invite him  to address  the Chamber  on what the government is going to curb the rising crime rate in the country.

The Lawmakers had stopped short of calling Nigeria under Buhari watch a ”failed state”. Their major worry was that nothing concrete had come out  from the closed door meetings the President has been holding with the Heads of  the security agencies since 2015  on the security challenges of the country. Note that this is the second invitation to the President in three weeks to appar before the House over the insecurity in the country.

The  People’S Democratic Party , PDP, may have taken advantage of the House  displeasure over the sluggish response to the security situation of the country   to call on the President to quickly end his private visit  to the United Kingdom, UK,  and return home to ”face  the deteriorated  security situation in the  country”. The party  described as unacceptable  Buhari’s  visit to UK, to pursue unexplained   private matters , while Bandits,  maruders, kidnappers and Boko Haram Insurgents wreck havoc  in the country with reckless abandon.

The PDP, which is the leading Opposition party to the ruling All Progressive Congress, APC,  lamented that the President’s frequent visits abroad    may have emboldened  the Bandits  in the nort west and the Insurgents in the north east  to step up  their attack in Borno,  Zamfara, Yobe, Taraba, Benue,  Kaduna, and Katsina, ostensibly to create fear in the mind of the people. The President may have told the Opposition PDP, that  he need not be in the country for the security agencies personnel to do their  work  as they have all the powers to take on the Bandits and the Insurgents without waiting for him to give orders as their Comander-In-Chief.  Tukur Buratai, a Lt. General and Chief of Army Staff, may have read the lips of the President  as  he reorganises  Exercise  Harbin Kunama III,  to take on the Bandits headlong across the country., particular north west.

Buuratai  may have  broken  a cheery news to Nigerians when he  revealed that  the Bandits  are fleeing   as they could no longer confront the  superior fire power of  the soldiers . This may have  forced them  to launch occasional attacks in Ktsina and Sokoto states to further drw the soldiers.

Given the success recorded by the Operation Harbin Kunama, fighting troops in Zamfara state, he disclosed  that some of the  Bandits   were forced  to flee to Kaduna,  Kano, and Nigeria states, as well,  where they  are unleashing mayhem. The Army Chief has  given his words   that  that soldiers would be conducting  a special exercise  in the affected  Communities been attacked by these Bandits in these states to finally crush them .He is optimistic that  Exercise Harbin Kunama III would never fail the nation  .

The Army they are determined to restore  ”public enhance social-economic  activities the country or intimidation.  This is good news for a country that has lost hope on the security agencies to do their work.