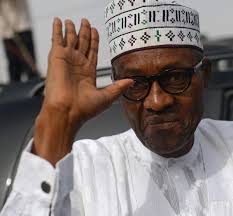 President Muhammadu Buhari has vowed to leave Aso Rock, the seat of power if that is what Nigerians want. Buhari may have been shocked at the large turnout of people at the People’s Democratic Party, PDP, Presidential Candidate, Campaigns  in the north west at Shehu Kangiwa Campaign ground in Sokoto on Monday, December 3, 2018 and Mapo Hall, Arcade, Ibadan, south west Nigeria on Thursday, December 6, 2018.” It was a sea of heads”, remarked Musa Lawal, a political analyst.

The large number of turnout of people to listen to the political sermons of Atiku Abubakar, a former Vice President and the PDP may have sent a signal to Buhari, the All Progressive Congress, APC, Presidential Candidate  that the party is over. The north west and south west are central to who will be the next President of Nigeria.

It would be recalled that during the electioneering Campaign for the 2015 general election when the  former President Goodluck Jonathan, the then PDP, Presidential Candidate visited Ibadan with his Campaign team to canvass for votes from the people, the turnout was disappointingly very low, an indication that the people no longer want him and his government in government.

The situation was the same in the north. The low turnout of people in his Campaign grounds  may have sent a signal that he has been rejected by the electorate and should be ready to go. He got the message. The same message may have been sent to Buhari, the incumbent President.

Atiku , appears to have taken the same message of  ”restructuring of the country within six months, if elected  into office” and promised to return their ”prosperity and the prosperity of the country”, which had been plundered by the APC government over the last three years.

In a voice gladdened with emotion, he said the country had lost over 12 million jobs since Buhari came to power  in 2015,thus making the country one of the poorest in the world. Had given his words to assemble the best economic team that could return the country to prosperity.

Many believe that the political promises of Atiku and Buhari, the two leading Presidential Candidates  of PDP and APC , respectively are mere political rhetoric to win the heart of the people. Atiku may have taken his message of” Buhari must go in 2019” to all the geopolitical regions visited to sensitise the people that this is the time to usher in a new government  which are waiting in the wings to take over from the APC. Olusegun Obasanjo, a former President had described the PDP Presidential Candidate as ”Nigeria yet to be president”.

Buhari may have told his political rivals who are afraid that the 2019 general elections may not be ”free and fair ” not to worry , insisting that he would do everything within his powers to ensure that the Mahmood Yakubu led Independent National Electoral Commission conduct a free and fair election in 2019 that would produce an acceptable President for the country.

Those who spoke to the Value News Magazine said he could not  do otherwise. This is because , Jonathan, a former President had set a standard which must be emulated by him to show the international Community that Nigeria has come of age in the conduct of free and fair elections.

Already, he had assured the International Community that they have no reason to fear about the conduct of the 2019  general elections in Nigeria as it will reflect the ”will of the people”. He was said to had given the assurance  when he received a letter of Credence  from the Ambassador of France and Finland to Nigeria respectively.

The retired Army General and now President of Nigeria , who incidentally  had ruled the country as a Military Head of State,  maintained that ”Nigerians reserve the right to elect leaders at various  levels in 2019”, reassuring that all ”efforts would be made  to safeguard the integrity of the process”.

”i will respect the people’s feelings”, as the APC government will ”conduct a free and fair elections in 2019”.The assurance may have brought hope to the world leaders who are watching to see what would happen in Nigeria in next year’s general elections.  This is  evident going by the statements from Ambassador Jyrki Julkinen of Finland, Jerome Pasquier of France to send back words to their respective governments that there is nothing to fear about the conduct of a ”free and fair  elections” in Nigeria next year.  This is good news, as Nigerians urges Buhari to match his words with action.

Adams Oshiomhole, a former governor of Edo state and now, National Chairman of the ruling APC, many fear may play the spoiler’s role  for the government going by the way he took the endorsement of Atiku, the Presidential Candidate by Olusengun Obasanjo, political oracle and former President. He rained curses on the duo that they would be” divinely punished”.

He had expected Obasanjo to endorse to Buhari, to brighten his chances of winning the 2019  Presidential elections, an indication that he wants the party to still be in power at all cost.” This is where Buhari has to watch him before he plays the spoiler’s role that would make the country a laughing stock in the International Community”, John Ukwe, an analyst remarked.