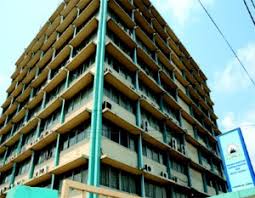 Peterside Dakuku, Director General,  Nigerian Maritime Administration Safety Agency, NIMASA,  is a man of his words.  Peterside, the Rivers state born Director General of the nation’s apex  Maritime regulatory Agency appears to be a man of his words.  He may not have known anything about shipping before the last few years at the helms of Affair at NIMASA has exposed him to workings of which him into a Maritime expert. This is evident going by the way he talks about shipping and other maritime related matters at both local and international for a that stakeholders look with surprise at his understanding of the industry.

One of the major problems that may had confronted  him on assumption of office in the last three years at the  government Agency  was the implementation  of the Cabotage  Act, 2003,  which aims at promoting  indigenous participation  in the nation’s shipping sector,  which is dominated by foreign shipping companies.

The government Maritime Regulation Agency was said to have mapped out Cabotage waivers Cessation plan  for indigenous  ship owners for the next five years as  way of encouraging them to compete with the foreign ship owners in the  carrying of cargoes.with Nigeria as its final destination.As part of the efforts   to encourage  more indigenous participation in the industry,  NIMASA wasto have put in place  a strategic plan which include s  the New Cabotage Compliance Strategy  , NCCS, under which  certain categories  of the waivers would have been suspended.

Note that  the Coastal and Inland  Shipping Cabotage  Act provides  for waiver   on the requirements  for ownership and manning of vessels by Nigerians   and building of such Cabotage vessels  where the capacity is lacking in the country.

The proposal to implement the maritime Cabotage policy was said to have emerged at a recent meeting beteween the Agency and stakeholders in Lagos , the nation’s commercial nerve centre which attracted operators from other parts of the world . The Agency was said to have solicited the collaboration of  the indigenous ship owners within the next five years to perfect plan for the optimal implementation of the policy.

Peterside, a politician turned maritime expert,   was said  to have assured the stakeholders at the meeting   that NIMASA , under his watch   was determined  to ensure  that Cabotage waivers  were stopped in the next five yeats to promote indigenous shipping.

Appealing to the stakeholders for their Cooperation, he noted that that the mandate  of the Apex Regulatory maritime Agency   was all about promoting   and regulating shipping in the country , insisting that the Agency has no intention of stagnating any business. He said the Agency  would remain committed   to ”promoting, protecting  and providing the enabling environment  for indigenous ship owners  to grow  and compete with their counterparts in other parts of  Asian, Europe and North America including South Africa. ”We are determined to work with our stakeholders”, he had said.

Gambo Ahmed, who was said to have represented the NIMASA boss  at the All important stakeholders meeting   was said to have told them   that part  of the strategies that have been put in place    to bring an end to the issuance of  Cabotage waivers   was  to develop  infrastructural  and human capital development of the country which calls for the training  of seafarers  to attain global standards.  The Asian country of was said o have attained this global standard of having trained enough seafarers to service vessels across the world.

He was said to have made clear that shipping   holds the key   to creation of jobs as well as  add  to the GDP , growth of any shipping nation as reflected  in the boom on their economy. Temissan Omatseye, who could not hide his feelings was said to have urged the Agency    to use the  powers bestowed on it  by law  to ensure total compliance  with the Cabotage Act and apply sanctions  against erring shipping  Companies which contravenes the country’s shipping Act. Omatseye  disclosed that the  aim of the Cabotage  Vessel Financing Fund, CVFF, would be defeated if  NIMASA fail  to  start the process of implementing the Cabotage law to give hope to the indigenous ship owners.

Neerag Kumar of TMC  Shipping Pvt ,  India, said there is no time better than now to implement the Cabotage Act   , noting that the ports  are critical  to the  country’s economic growth. Kumar, who may have spoken the mind of  India ship building yard owners was said to have pledged  the country’s willingness   to collaborate  with Nigeria in the area of ship building.

Aminu Umar  President of Nigerian  Indigenous Ship-owners Association, NISA  who  applauded the Peterside led management of NIMASA for their support to the indigenous ship owners to come out of the wood  in order to realise  a robust  maritime sector in the country through their various  stakeholders oriented programmes  , promised them of their support and Cooperation to ensure  greater indigenous participation in the nation’s maritime sector.

This should gladden the heart of Rotimi a former governor of Rivers state and minister of Transportation who has thrown his weight behind the NIMASA, Director General, to succeed in his plans to promote and nation’s indigenous ship owners to compete with counterparts.