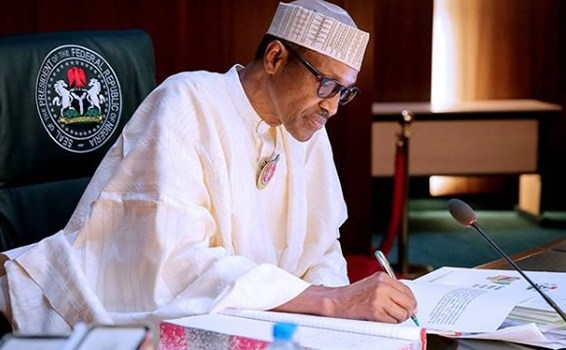 Those who think that President Muhammadu Buhari will direct Tukur Buratai, a Lt. General and Chief  of Army Staff to mobilise his infantry soldiers and move in to the  troubled Jukun   and Tiv Communities  in Taraba   and Benue , states , to end the  communal  clash  which had claimed many lives and property  over the last two decades and now  should  have a rethink.

Given his military background, the Katsina born Nigerian President appears to have known that soldiers may not  really do much to restore the much desired peace in the area without the involvement of     governors  Darius Ishaku and Samuel Ortom of Taraba and respectively, James Ortee Ayayse , a professor and Tor Tiv,  Aku Uka of Wukari, as well as religious and other Community leaders  in the two states to find a permanent solution on the crisis as stakeholders on ground.

Appealing to the governors and the other key stakeholders in the two states to meet urgently, he noted that ‘’it is the only through their participation in the peace meetings that will   bring  an end  to the  persistent  violent clashes between  the warring tribes. Recall that the recent crisis that erupted in the state started in Kente, a Border Community between the state and Benue  which spread like wild fire in Wukari local government area and some Tiv Communities in Benue state.

Analysts believe that the crisis  was an offshoot of years of lingering feud  on a claim by the Jukun  that the’’ Tiv  are settlers’’in Taraba state and which the people could not take. The relegation of the people was so pronounced that the Jukun made the people to know that they have  no ownership  right the land they occupy  occupy and therefore should leave.

The President  was said to have made it clear to those that cares to listen that it is not how to deploy troops to the troubled Communities in Wukari local government area  in Taraba or  the local government affected in Benue state  with the violence  that is the problem  as’ ‘’it can only provide  a temporary  solution’’. His worries was informed by the killing of, David  Tanko, a Jukun , from Wukari, and Clergy man,  in Okpakufu , a Wukari village by alleged Tiv militias. Many believe that the crisis could have escalated if the Jukun  had carried out a reprisal attack. The intervention of the state Police Command , was said to have saved the situation.

Mohammed Adamu,the Inspector General of Police, IGP, has vowed to get the killers. He was said to have directed the Force Criminal Investigation Department, FCID,  to provide additional forensic  and other investigative  assts  to the Taraba state Police Command  to be able to track the Parish  Priest

Meanwhile , the Federal University of Wukari , in Taraba state  has been shut down by the Universities  following a protest  by the students   over the abduction and killing  of three undergraduates and a University Staff. The closure came on the heels of the Benue state government evacuation of 812 Tiv  indigenes from the University, to avoid  falling into the waiting hands of the Jukun militia seeking revenge over the killing of of the priest..

Indeed, security watchers had expected the President  to apply his Constitutional powers  as the Commander –In –Chief of the Armed Forces, to deploy  soldiers to the two states  as he did in Zamfara, Katsina and sokoto states,  in the north west geo=political region , to flush out the Bandits terrorizing the three states.

A s a prelude to getting to the root cause of the  conflict between the two warring tribes, the president, according to Garba Shehu, senior Special Assistant to the President on Media and Publicity, disclosed in a Statement  that he has giving  a matching Order to Boss Mustapha, Secretary to the government to set up a Committee  to look into the root cause of the Jukun-Tiv  violence and proffer solution that would be implemented.

Many believe that  Jukun/Tiv crisis had defiled successive Administrations in the country. Former president Olusegun Obasanjo had brokered peace between the two tribes in 1991  until the recent  eruption of another crisis in the area, after about 17, years of fragile peace.  An unhappy Buhari, wants  those involved  in the Jukun and Tiv crisis  to ‘’listen to the voice of reason  and give peace a chance’’.

Ishaku, the governor of Taraba,  a state that has produced one of the most notorious kidnap kingpins in the country  named, Hamisu  Bala, popular Wadume, was said to have initiated  moves to restore peace between the two warring tribes .

It was learnt that the Taraba state  governor and Ortom, his Benue counterpart had met  severally on the Jukun and Tiv crisis at  the Border  Communities  under heavy security  to see things  by themselves and how to go about solving the problem.

The Benue state governor , was said to have gone a step further to send a powerful delegation  to Jalingo, the Taraba state Capital  to hold  meetings with  the key stakeholders ,in Wukari local government area, including  the Chairman and the Aku Uka, the paramount Ruler of Wukari.

Note that worried by the persistent  communal clash between the two tribes scattered in Taraba and Benue states, some aggrieved youths from  the Tiv tribe , under the aegis of Tiv Youth Council,  Guardians of Democracy  and Development , joined by civil society organisations  had   embarked on a peaceful protest on August 15, 2019, at Abuja, to draw the attention of the presidency  to the  violence and the plight of the people .

Mike Msuaan and Solomon Adodo, who were instrumental to staging of the protest want the President  to use his powers to deal  with those  alleged to be undermining  the peace process in the two states and other states experiencing similar problem.

The duo had given the impression that the masses of Jukun and Tiv Communities  are willing to embrace peace  and live in harmony for the economic  growth  and development of their Communities  to thrive buregrets that the elites were not helping matters. According to the duo, the ‘’elites in the two tribes’’ ‘’stoke the embers  of violence  to achieve their unpatriotic  ulterior motives’’.

It is not surprising why the leadership of the group has  called for  the arrest  of Ishaku, the Taraba state governor and  Theophilous Danjuma, a retired Lt. General and former minister of Defense  over their alleged roles  in the violent  clashes  between  the two tribes. The group may have dragged the governor and Danjuma, the retired Army General into the violence to crate bad blood between the them and the President.

The Tiv Youths Worldwide had stopped short of saying that the Taraba state governor and the retired Jukun Army  General  who is regarded in business circles as a billionaire,  were sponsoring the violence, ostensibly to discredit the Buhari Administration.

They may have their reasons of thinking along so. Msuaan,  the President General of the Association  and one of the masterminds of the Abuja protest,  said  Danjuma, particular, had not done much  to ‘’stop the clashes  which had claimed many lives’’, an indication that he supports what the Jukun are doing to the Tivs.

He Lamented   that the General  has suddenly lost his voice   now that his Jukun brothers  were killing  Tiv people in his home state. The Tiv Youth  Worldwide President- General had   alluded to a  call   made by the retired  Army General  to Nigerians  to defend themselves as the ruling All progressive  Congress,  APC, government , led by Buhari, could no longer protect lives and property in the country . He believes the call may have emboldened the Jukuns to resort to killing the Tivs  to force them out of their  ancestral homes in Wukari local government back to Benue to join their kits and kins.

But Bala Abu,a  Media Aidde  to the Taraba state governor had dismissed the allegations of the Tiv-Youth World wide group  against the  governor  and Danjuma, describing it as the handwork of mischief makers.

He wondered how  who could come out with such grave allegation that  the Taraba state governor  and Danjuma would be involved in sponsoring violence that would claim lives and property in the state. He revealed that   the governor and Ortom, his Benue counterpart , had adopted various  measures  including meeting with stakeholder from the two warring tribes to end the crisis.

Appealing the leadership of Tiv Worldwide to watch their language, Bala, said  no  amount of provocation will deter the state government’s   plan to solve the Jukun and Tiv crisis once and fall all.