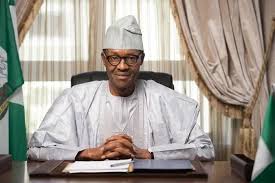 President Muhammadu Buhari appears to have created problem for Patrick Talon, his counterpart in Republic of Benin because of the economic hardship inflicted on the people as a result of the on- going Border Drills that had led to the closure of the borders  with the neighboouring countries which had entered its  ninth week.

The Border closure, according to Diplomatic sources, has led  to a significant  reduction  in the volume of  Benin trade with the land locked countries including Nigeria , the country’s revenue generation on non –oil imports  and indeed its overall resources  expected  this year to run the government.

Abdoulaye Bio Tchane, the country’s minister of state, for planning and Development, fears that if the situation were to continue ,’’ it could reduce  the country’s tax revenues and’’ t which may  impact  on the country’s expected economic growth for 2019 and the forecast for  subsequent years.

The situation has become so worrisome that that the people of Benin could no longer take it as there have  been a spontaneous reaction leading to a popular uprising in the country and a call  for the resignation of Talon, to facilitate the reopening of the closed Borders by the Nigerian government to ease their suffering.

Eye witness account said thousands of people, particular Youths and women, had gathered at a central location in Cotonou, the country’s Capital to register their frustration with shouts of Talon: you must go. The people  were said to have vowed  to sustain the protest and make Benin ungovernable for Talon until he agrees to resign to pave way for  peace to reign in the West African sub-region.

The protest  was a signal to the Beninese President that he could no longer take his country’s men and women for a ride to do whatever he likes without considering its implication to other neighbouring countries economies, particular Nigeria, which is central to the survival of  its economy. Take for instance, the smuggling  and  re-export of foreign goods, like foreign parboiled rice, vehicles and second hand clothing to other nations, particular Nigeria, because of the large market.

Worried by the pain inflicted on the people of the border Communities and traders, some dignitaries in the Economic Community of West African States, ECOWAS, sub-region , may have taken upon themselves to intervene to  save the situation from degenerating  to force the  Katsina state born Nigerian President to have a rethink over  the closed borders. There are fears that if the situation is not put under control, what happened to Abdelaziz Bouteflika, a   former President of Algeria or Omar al-Bashir of Sudan, who were removed from office by the people’s power might happen to Talon.

O He may have read the handwriting on the wall that on the Wednesday, October, 9, 2019, he gave the go ahead to Moussa  Sacca Boco, the country’s Customs Administration,  Director General to Nigeria, to meet with Hameed Ali, a retired Army Colonel and Comptroller General , Nigerian Customs Service, NCS, over the Border closure. The outcome of the meeting remained a closely guided secret.

Prior to the border closure on August 19, 2019, Talon, was said to have visited Buhari at Abuja where the two leaders were said to have met behind closed door. The Beninese President was said to have visited his Nigerian counterpart when information filtered out of plans by the Nigerian government to close the borders with its neighboring  countries which include Benin  because of  the smuggling  that goes on through these countries  into Nigeria  in order to avert it.

Note that Buhari and his kitchen Cabinet have not been happy   at the rate at which foreign parboiled rice,  vehicles , small  arms and ammunitions  are being smuggled into Nigeria from Republic of Benin  and the nonchalant attitude  of the Talon led government to it.  The Nigerian President may have made it clear to the Beninese President  that there was going back on the border closure as smugglers  used his country  as transit point  in the smuggling of commodities, particular, foreign rice, into the country.

More worrisome was the complaint of a number of Nigerian business leaders including the multi-billionaire Aliko Dangote   that their trucks going to Benin are overtaxed  at the border. Dangote, the Nigerian industrialist   who was said to have bought the government’s shares in the Lafarge group, could not be allowed to sell the Company’s cement in Benin because of the government fiscal policy which had prohibited it to satisfy the interest of the foreign suppliers.

The Value News investigations shows that  officially, Beninese  exports to Nigeria  was about 3 percent of its total  yearly export volume  but the Work Bank had reported that  the informal trade  alone,  between the two West African countries  accounts for 20 percent  of its GDP,  through  the re-export  of vehicles, second clothing,  poultry products,  drinks and foreign rice.

Business analysts  believe that the informal trade  was a considerable  source of revenue generation for the country  which makes the Beninese economy  dependent on Nigeria, regarded as an economic giant in the sub-region

. It is instructive to note that the Nigerian government had banned the importation of Vehicles and foreign rice through the land borders on January1, 2017, which Talon did not  find funny because of the loss of revenue to the country. As a prelude to the ban, Buhari was said to have reached  out to his Beninese counterpart  to ban  the import  of second-hand vehicles from the Benin Terminal, Cotonou and Bollore ports in the country, a sector that was said to be contributing 9 %  to the country’s GDP, providing more than 15,000 direct jobs and nearly 100,000 indirect jobs. Talon may have seen it as interference by Buhari on the internal Affairs of the country, and therefore was not ready to abide by it.

Recall that last July, the two countries had agreed to join the African Continental Free Trade Area, ACFTA. The fallout was that the two countries signed an AfCTA Agreement which had targeted a  greater economic integration  through  the removal of trade barriers and tariffs on 90 %  of traded Commodities. The duty- free  movement of goods and services, according to Central Bank of Nigeria, CBN, sources , is expected  to boost trade in the market  of 1.2 billion people, on the Continent, similar  to the size of the Asian country of India and a combined GDP of 2.5 trillion.

While signing the AfCTA Agreement with Talon at the African Union, AU, extra-Ordinary meeting in Niamey, Niger, , Buhari had expressed  his worries that it could be abused by Benin which might want to re-export foreign goods to Nigeria as it is currently doing. At present, Benin, is had the biggest buyer of foreign parboiled rice from Thailand.

Given the Nigerian government protectionist policy, which informed the ban importation of foreign rice into the country through the land border or the seaports to conserve its foreign reserves, the Talon government was said to have increased its country’s shipment by half, an indication that it was importing rice for the Nigerian market.

There are about four major firms and several smaller trading Companies given approval by the Talon government to import rice from Thailand through Beni harbours. They are African Agro-Foods, a member of the Pan Lebanese Group, based in Dubai, United Arab Emirate, UAE, which has a mandate to import 360,000 metric tonnes, MT, or 30 percent of the rice imports of the country, Difezi Filos  Sarl, based in Cotonou, which got the Presidential approval to import 300,00 MT or 24 % rice shipment into the country, SONAM, a member of the Stallion Group, based in Dubai, UAE, with offices in Nigeria, which imprts 240,000 MT, or 20 of the Benin rice shipment  and ABC Enterprise, 10,000 MT or 1% of the rice shipment.

The Talon government was said to have given approval to between 20-30 smaller trading Companies, mostly owned by Nigerians, to import 290,00 MT or about 24 percent of the total  rice shipment of the country. In the last  two months, the Companies have flooded the Beninese ports with both foreign par boiled and white rice but no buyers because of the border closure. The situation is so  bad as virtually all the designated warehouses for rice storage are filled to brim and several private homes rented by the Companies to use for rice storage.  A Beninese Customs official informed The Magazine at  Seme/Krake Joint Border that there are many Ships carrying rice from Thailand  on the high sea still awaiting for clearance to sail to either Benin Terminal or Bollore port to discharge their cargoes  but no luck. ’’The situation is very frustrating’’, the officer had said.

The French-speaking country may have taken advantage of being the main transit route for traders and operates a system that allows  the landlocked of Niger and chad to use its harbours  for imports which develop wings on the road. Note that over 80% of West African cross-border trade is conducted by road.

Many believe that that the Beninese President may have played into the hands of Buhari, the Nigerian President, who has military background, when he reportedly said that the ‘’smuggling problem,  affected  both Nigeria  and Benin negatively and constituted a threat to the bilateral relationship between the two countries’’, which Buhari may have seen a an insult.

It was not surprising that when the opportunity to block the borders with neighbouring countries came after repeated appeals to Talon, to  checkmate the activities of vehicle and rice smugglers in his country  had failed, he did not hesitate in doing so. The border closure may have proved to the Beninese President that his country has a fragile economy  that could easily  collapse like a park of cards if he goes ahead to close the borders . This may have informed the reason why he did not give any warning to the Presidents  of Benin , Niger, chad or the Central African country of Cameroon before going ahead to execute the plan  which is biting their economies real hard.