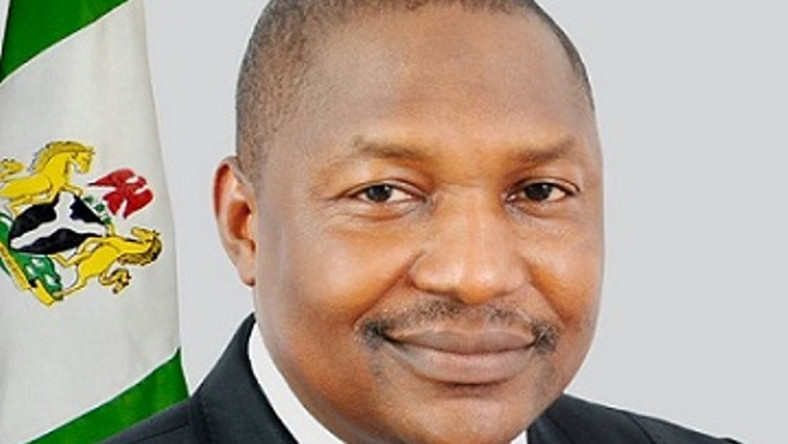 Those who think that the next four years would be a rosy one  for the Banks and non- designated financial Institutions would be disappointed. This is because the Economic and Financial Crimes Commission, EFCC , and the Independent and Corrupt Practices Commission, ICPC, have  beamed their search light on the Institutions to unravel their underhand dealings over the years which had given Corruption a new face in the country.

Abubakar Malami, a Senior Advocate of Nigeria, SAN, , Attorney General and minister of Justice may have spoken the mind of President Muhammadu Buhari  when he declared  on Thursday, August 23, 2019, that ‘’ Banks involved in Corrupt practices in the former  and current  Administration of the Katsina state born Nigeria President, would   pay dearly for the dastardly roles they played and are still playing  in encouraging and deepening  Corruption in the country’’

The anti-graft agencies  may have been emboldened to descend on the Banks to  force them to do the right the right thing ,because of the several Investigations of Corrupt cases that had been linked to the Banks over the years ranging  from the arms procurement fraud, INEC bribery  scandal in the 2019 Presidential election and other high profile cases.

Malami, who could not hide his feelings   was said to have told those  who cares to listen that ‘’quantitative  data available  to the government  abundantly shows  that the financial institutions were directly  involved in most of the major Corruption cases  investigated by the Commission and the ICPC  between 2015 and now.

Perhaps, what may have informed   the planned ministerial probe of the Banks  which  was said to have received the overwhelming support of the Presidency   was the United Kingdom, UK, Court ruling on  August 6, 2019, which  was said to be against the interest of the  country. The UK Court had awarded a $9 billion cost in favour of Process and Industrial Developments Limited, a foreign  firm,s  by the government over unfilled business transaction.

An embittered minister had said that the UK Court ruling could  not be justified  because  the 20 years old project  of accelerated gas development  in the country’s OMLs 67 and 123, was never executed by the Company.

Describing the British Court ruling as part of the consequences of the underhand dealings  of the past Administrations, he had promised that the government would do everything within its powers to stop the execution of the Judgment.

The minister may have sent jittery down the spine of the government officials who facilitated the unexecuted   $9 billion  contract  and their Banks Collaborators,  as he had sounded it loud and clear  that  former and current officials  of Present Administration, would be mad to face the full weight of the Law, an indication that Heads will roll in the ministry of Petroleum Resources and the Nigerian National Petroleum Corporation, NNPC, soon.

The ministerial decision may have forced the Banks  to go back to the drawing board  to e ensure that every areas of loopholes in their  Operations were covered to avoid playing into the hands of the anti-graft agency personnel which may affect their business.

Many believe that the EFCC and ICPC may have this long to take the anti-Corruption war to the Banks to avoid giving room to the Banks , to take on the Banks,to play the spoiler’s role in Buhari  re-election bid in the last Presidential election  by refusing to release funds for the  ruling All Progressive Congress, APC, on demand  to prosecute the election.   The elections have come and gone, and the Administration has settled  down for business of governing with the assigning of Portfolios to ministerial appointees, the anti-graft agencies, which determined to expose the bad  financial institutions as deterrence to others which might still want  to indulge in such frauds, have no option than to step their investigations of the Banks.

The Banks may have known that the  EFCC and ICPC,  are after them that they appear to have devised measures to whip  the staff in line to avoid falling  into the agencies trap.   The Value  News Magazine visited Access Bank, described as one of fastest growing Banks in the nation’s financial sector but was shocked at the cold welcome at the reception.  The Bank Operations are completely Computerised from the reception to the Management Staff offices  for easy Communication without speaking on the intercom facility, for visitors to hear.

The situation may have been made worse as the Bank officials  may have adopted a culture of silence  to avoid  playing into the hands of the EFCC or ICPC, personnel , who may be looking out for incriminating information about the Banks in order to   nail them.

Recall that Ibrahim Magu, a Commissioner of Police and acting Chairman, EFCC, had  said last year that  that there seems to be  a readily available  partnership   between fraudulent elements in ‘’our society  and the Banks’’ in order to perpetuate  fraudulent activities and money laundering. It was a warning to the Banks that the no nonsense EFCC, boss, may soon descend on them but they did not take it serious , forcing the agency to continue its underground investigation on them.

The EFCC  boss may have  prepared  the mind of the Officers sent on training at the agency Academy, Karu, Abuja, the Federal Capital Territory , FCT,   on how to detect frauds in’’ digital Banking Operations and Investigations’’.

Recall that in 2016, the  EFCC Operative  had stormed  stormed Sterling and Acess  Banks  to investigate their relationship with  non-financial institutions. The Banks, according to sources, were said to have notified   the Nigerian  Stock Exchange, NSE, officials,  about  their Operations  that may have led to the  investigations by the Commissions.

The Banks were  said to have prepared detailed financial Statements  about the EFCC investigations into their activities. The Statements,  a source confirmed , were made available to International Investors through the NSE  official website.

It was gathered  that the EFCC, Operatives  who stormed  Access, met the Bank Group Managing Director  and  the Chief Compliance Officer , of the Bank, who were said to have  provided them with the needed information and documents  to further enhance their investigations .

It is not surprising why  Nigerians  are waiting to see the outcome of the two anti-graft agencies planned investigations of the Banks as a way of sanitising  their Operations as obtained in other global financial institutions.