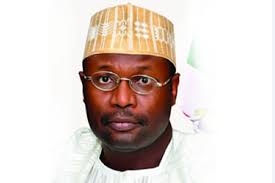 Barely  nine months  after the Independent National Electoral Commission, INEC, under the Chairmanship of Mahmood Yakubu, a Professor,  conducted the  last General elections in the country that produced  President Muhammadu Buhari of the ruling All Progressive Congress, APC, and 22 other  state governors including members of the National Assembly,  the electoral umpire  on Saturday, November 16, 2019, went  back to the polls in  Bayelsa and Kogi states for the governorship election .INEC  sources disclosed that  over 40 parties  had fielded Candidates for the Bayelsa  governorship election while  about 24 parties fielded Candidates in Kogi state election including the Social Democratic Party, SDP.

Prior to the election, the  Commission had urged the electorates  not to ‘’sell  their  votes to the political jobbers. Note that past elections had been  marred by  selling of votes  by voters to political office seekers  from both the PDP and the APC who were desperate to win  election at all costs. Notwithstanding the appeal of the INEC  officials to the  Bayelsa and Kogi voters  in the  November 16 election, , money still exchanged hands  between the politicians  and the voters through their foot soldiers.

President Muhammadu Buhari , on his part, called for’ ’fairness and  transparency’’ in the governorship election of the two states. Garba Shehu,a  senior Special Assistant to the President  on Media and Publicity who issued a Statement on Thursday, November 14, 2019,  said  the President  has  cautioned the voters , politicians  and Law Enforcement officers  to ‘’behave in orderly manner while the Contestants follow  due process in contesting the eventual results’’. He was said to have made it clear to the Contestants that in every election that there must be winners and losers and the situation in Kogi and Bayelsa would not be different.

The Katsina state born politician , President and Commander –In –Chief of the Armed Forces,  enjoined the security operatives covering the election to  ensure that there was no ‘’harassment and  intimidation of voters , adding that  any ‘’attempt  by party thugs to steal or hijack ballot boxes must be stopped using all legal means’’  but that was how far he could go.

Aware that Nigerian Politicians have not learnt anything from past elections, Muhammed Adamu, the Inspector General of Police, IGP, was said to have deployed , 241 armed policemen   to provide security during the Saturday, November 16, governorship election in the two states.

Political watchers had expected the election in the two states where INEC had conducted  the governorship election to  be a test of supremacy between the  ruling APC  at the Federal level , which have the Federal  might and Seriake Dickson, the PDP governor of the state , who wants to install another PDP governor in the state to continue the dynasty. He may nt have read the handwriting  well on the wall as the APC leadership in the state with the support of Temipre Sylva, a former governor of the state and minister of Petroleum Resources, has perfected plans to take over the former President Goodluck Jonathan  own state and hand it over to the APC.

Many believe that the PDP in the state started having problems when Jonathan Kismen  started defecting to the APC beore the election. Many believe that they could not have defected to the ruling party without the approval of the former President who  has  a robust relationship with the Katsina state born Nigerian President.

It was not surprising that  when iNEC, finally declared David Lyon, of the APC, as the governor –elect of the state in the last Saturday election  in the state , after 20 years of PDP rule in the state, not many people were surprised because it was a  sealed deal.  In declaring Lyon, the APC,  Candidate  the winner,Faraday Orunmuwese, a Professor and Vice Chancellor, University of Benin who was  incidentally the Returning Officer  disclosed that the APC Candidate  scored the highest number of votes  winning in six local government areas to to Senator Douye Diri, the PDP Candidate two.

The APC, also won the Kogi governorship election as Yahaya Bello, who was said to have performed poorly in the provision of infrastructural facilities in the state and owing workers 30- month  Salary arrears, despite Federal support in his first term in office  was re-elected into office. Many believe that with the APC victory in the two state, many believe that Nigeria is itching twowards a one party state as the party now controls about 26 states of the federation leaving the Opposition PDP with nine states and All Progressive Grand Alliance, APGA, with one, Anambra .

Eyewitness account disclosed that that all the parties rigged but the APC  used Federaal might to u trig other parties.  The source  revelaled that  in most of the polling booths in the two states where the election was conducted,  armed policemen could  not  stop the party  thugs and hired mercenaries  from carrying out their wish.  In

The situation was so worrisome in Bayelsa state,that Dickson cried out that the governorship  election   had been marred by violence in different parts of the state .The governor had  cited Southern Ijaw, one of the volatile local government areas in the state where  many electoral officials  were said to have been kidnapped  under the close  watch of  Policemen and other security agencies personnel. He lamented that  the security agencies  personnel were  ‘’acting out a script by conniving with  the APC  to rig  the election .‘’Gun- throttling  militiamen, with the aid of security operatives,  were said to have overrun  the hapless electoral officials’’.

Some Observer Groups which had covered the election including the European Union, EU,   had confirmed  that  security operatives and electoral officials   deployed to the  volatile Sagbama Local  government area were forced to flee when fight broke out between the supporters of the various  political parties. The fight was said to have broken out in polling units 1,5,6 and 7, as ballot boxes were broken, snatched and thrown into the river by party thugs.

Signs that there would be trouble in the Bayelsa state election started  during the electioneering Campaigns when   violence t erupted at the PDP Campaign rally  ground at  Nembe  Ogbolomabiri, Nembe local government area.

The rally which ought to have been attended  by Dickson, the state governor  to further  sell Duoye Diri,  the PDP Candidate to the electorate  was said to have been  disrupted  by massive  gunshots , forcing people to run in different direction for their safety.

There have been  accusations and counter-accusations  by the PDP and the APC over the attack. Soriwei, a PDP sympathizer  claimed that  ‘’thugs hired by the APC leaders in the Local government Area  fired  at the  PDP supporters who had trooped out in their thousands  to listen  to the Campaign promises of Diri, the next governor of the state in order to hold him accountable for it but were prevented  from do so at the gubernatorial rally by the  alleged APC  Thugs.

But Sylva, a former governor of the state , regarded as a political ally of Buhari,  would  not take it.  The minister who had set up a support  Organisation  for David Lyon, the APC governorship Candidate in the state,  Headed by one   Wilfred Ogbotobo, claimed  that the PDP members were the aggressors , stressing  that the party had invaded the Community  to intimidate the APC, supporters  in their stronghold in the state.

Going by the INEC result, the PDP Candidate won  60339 votes to APC votes of 7,831 in the troubled Sagbama local government area .While the APC claimed Nembe where it scored 83,041 to PDP’s874 votes. Political analysts describe it as allocation of votes to each of the parties by the party that had the upperhand  in the local government with the connivance of the INEC and Security Operatives.

The situation Bayelsa was not different from that of Kogi state. Frank Mbah, a Deputy Commissioner of Police and Force Spokesperson , noted  that the violence in the Confluence state was worse than that of Bayelsa state.

Recall that Natasha Akpoti, the Candidate of the Social Democratic Party, SDP,  had  alleged of massive violence during the governorship election  in the state, accusing Bello, the incumbent governor of the state of sponsoring the thugs to intimate her supporters which she claimed were spread  throughout the nooks and crannies of the state.

She had cited  the disruption  of the voting  in Ward 2, Lokoja, the state Capital as there was spontaneous gun into the air who were said to have made away with ballot boxes as  voters in  the Ajayi Crowder Memorial School , scamper for safety.

Suspected APC thugs  were said to have  also attempted   to snatch  ballot papers  in Odu Ward 4, Odu Ogboyaga Ward 1 of Dekina Local government  area of the state where  Musa  Wada, a former governor of the state and governorship Candidate of the PDP, was said to have cast his vote but were resisted by  youths  who threw stones  and other missiles  to secure the electoral materials.

The situation in Lokoja Ward 2, of Kogi state  appeared worrisome as Mbah, the Force Spokesperson, noted ‘’gunshots were fired into the air by  suspected thugs  to scare voters away who scamper for safety as they made away  with ballot boxes’’.

But in apparent reaction to the alleged attack on the Hotel  where Makinde and other PDP Chieftains had  lodged  ahead of the last  Saturday  election, in order  to  give their  support  to Musa Wada, a one-time governor of the state and the party governorship Candidate, Busari Hakeen, the state Commissioner of Police, said the police acted on information  that some  hoodlums  were lodged  in a Hotel  in the Kogi state Capital.  He disclosed that’’ some policemen were detailed to visit  the facility  to verify the information but found out that was not true’’ .

The question on the lips of most people was: the Police CP , having discovered that information was false and considering the embarrassment caused the Oyo state governor and other PDP Chieftains who were in the state, did he reach out  tothem  to apologise ?  The CP was said to have kept it a closely guided secret until the matter became a public knowledge that he was  forced to speak out. This may have given people the impression that the police in the state were working closely with the APC to ensure that Yahaya , the APC Candidate was re-elected into office at all costs.

The results of the governorship election of two states  started trickling  in at the state INEC, offices in Yenagoa and Lokoja respectively early on Sunday, November 18, 2019. Bello, With the results of the few local government ares released in Kogi, Bello, the state governor appears t have gotten the upper hand despite the state civil servants gang up against him over his inability to settled their 30 month- Salary arrears . He was said to have polled 112,762 votes , in Okene Local government Wada, his PDP , closest rival who  got 139 votes, a clear case of outright rigging , a source said. The feat was repeated  in Adavi and s Okehi local government area  where the APC Candidate  was said to have received64,657and  36,954 votes respectively  to Wada of the PDP’S vote of366 and 478. With the votes from Okene, Adavi and Okehi, alone, Bello, the APC, governorship Candidate in Kogi look as good as having won the election with popular votes.

While the Bello Camp are already celebrating their victory, Wada, the PDP Candidate , may be putting together a legal team to challenge the result that  had been announced  by the electoral umpire.The PDP leadership appear to have put the Bayelsa and Kogi governorship election result behind it . ”The party will remain strong and united in the face of all odds”, it had said.