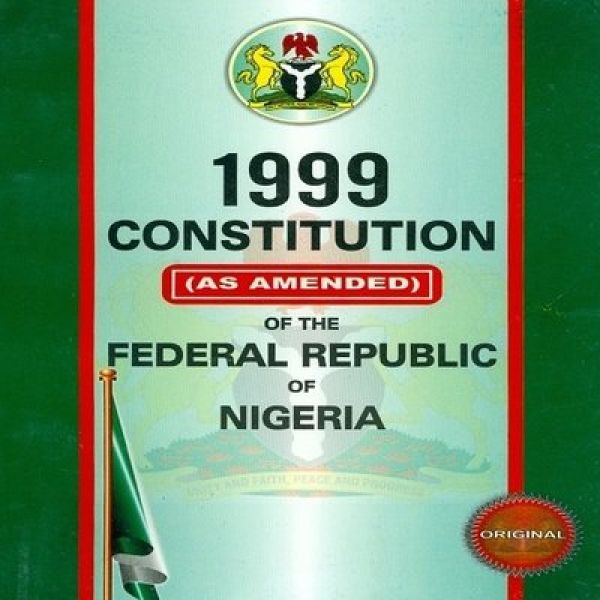 For much of last week and now, the Bayelsa state Lawmakers have been on the news for passing a bill  that  would put them on the pension list of the state Civil Servants for  life. They had expected Seriake Dickson, the state governor, to assent to the bill giving their close working relationships over the years.  they got it wrong. they got it wrong as Dickson, was not ready to pander to their demands.

Under the proposed life pension bill for  the Lawmakers in the state, past and present  speakers will  go home with a  monthly package of N500, 000.00, Deputy Speakers, N200,000.24 and  the other members, N100,000.00. The greedy Lawmakers,  who are described as inconsiderate  to the suffering of the people , according to sources had  wanted  to equate themselves with   former Presidents, military Heads of state, governors and Deputy governors , across the states of the Federation who are on the government pension list.

Political watchers believe that the bill was  bound to fail from the onset . This is because it was a bill meant to serve the selfish interest of the Legislators  and not the people of the  state. The Value   News  finding shows that  the bill had received  wide condemnations  both within and outside the state, with a call on the state governor  not to assent to it. They saw the Bayelsa state legislators as setting a bad precedent for other state legislators to follow suit to arm-twist their  governors to assent to it  if  such a bill should be sent to them.

The  Socio-Economic Rights and Accountability Project, SERAP,  was the first to fire the shot. The group in a letter to the  governor  had enjoined him  not to sign the bill  which it considered as ”incorrect and improper performance  of public functions” by the lawmakers. It noted that ”rather sponsoring bills that would  benefit the people of the state , the lawmakers  are taking advantage of their privilaged position s to ”propose  a bill to collect  large severance packages”.

The group which could not hide its feelings had averred that by passing such  a self serving bill, the ”Bayelsa state House of Assembly  members have violated   the Constitutional  and International prohibitions on conflicts interests”.

Appealing to the governor to reject the bill, SERAP said ,it is the only way he could win  himself back  to the heart of the people who had lost hope on the legislators role of making  laws  for the good governance of the  state. They urged the governor  to use his position to prevail  upon the  House to drop the  proposed bill to avoid throwing  the state into a Constitutional crisis that might spread to other states and thus create economic crisis for the country.

Dickson, the Bayelsa governor, may have known the legal  implications  of assenting to the obnoxious proposed life pension bill for the legislators that he had  pitched his tent with the people by  turning his back on it. Perhaps, to avoid incurring the anger of the legislators to his Executive bills, the governor was said to have conveyed the decision to decline assent to  the proposed legislators  bill  to the House Speaker on Monday, April 29, 2019.

Given the seriousness of the matter, he was said to have  held consultations with several opinion leaders n the state  including the Assembly members in Toru-Orua, his home town,  where he was said to giving them reasons why he could not sign the bill. He was said to have made the lawmakers to understand  that the proposed bill was  ”inconsistent  with section 124 of the 1999 Constitution, as amended , of the Federal of Nigeria.

He was said to have also  drawn it to their  ears    that they lack the powers   to ”expand the categories  of public servants who would be entitled  to pensions in the country. An aggrieved Bayelsa state governor said he had to withdraw his assent to the bill because the state is ”bedeviled  with a lot of challenges  which the monthly allocations from the Federation accounts could not solve. He noted that the financial situation of the state was made worse  because of its low internal revenue generation  despite  being a major oil producing state and therefore could not accommodate such extra-expenditure.

The governor who could not hide his feelings said he was ”guided  in the decision not to assent to the bill  by the principle that  ”government should not  be for  a selected Class of the privilaged few in the society”.    He could not understand why Bayelsa  Hose , could be the one , out of the 36 states House of Assembly that could come up with such a bill, that had received wide condemnation.

Note  that in the  over the last seven years,  Dickson, has not allowed the dictates of his office had  not allowed the dictates of his office to blindfold him from fulfilling his electioneering Campaign promises to the people as  he  had initiated populist policies  that would benefit the larger society such as  Health Insurance Scheme, where over 150,000 people had so far benefited,  Education Trust Fund, Scholarship programmes that are supporting  tertiary Institutions students both within and outside country and other Empowerment Schemes to support  the old people, vulnerable people , provision of Housing including massive employment  to reduce the level of unemployment in the state as well as other social intervention programmes which , political Observers said are already gaining root in the state.

The governor may have provided a soft landing for the House of Assembly members when he asked  them to ”liaise with the Committee on the Contributory Pension Scheme , which he had set up” if they are interested  of benefiting from the scheme including other political appointees, at both state and local government levels. He may have assured them that if legislative  action was required  after the Committee might have concluded its assignment  , he would readily  communicate with them,  an indication that he might bow to pressures from the Assembly quarters  to meet their demand  over the proposed pension bill.