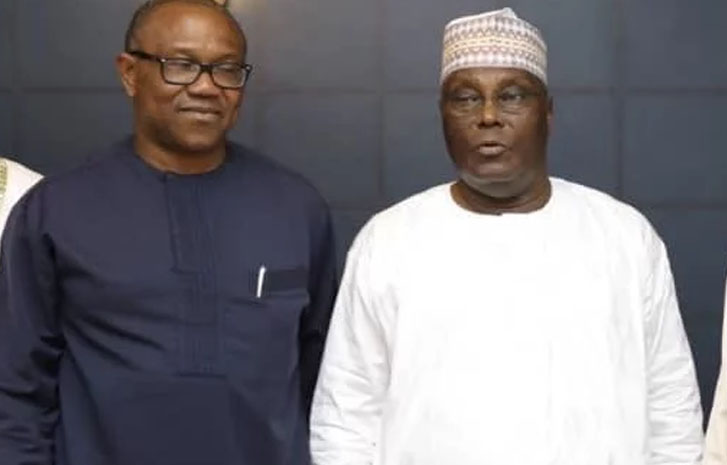 The anger of Atiku Abubakar, the Presidential Candidate of the People’s Democratic Party, PDP, seems not to have abated as the south east governors of both political divides are bent on frustrating his entrance into the  geopolitical zone.

Atiku’s Choice of Deputy in the person of Peter Obi has angered the governors because, according to them, they were not consulted before he selected him. But Atiku was acting on part of the negotiations with the  Nyesom Wike political machine, who was said to have given that as part of the condition for his support of Atiku. Obi was said to have been penciled down to deputize Aminu  Tambuwal , the governor of Sokoto state if he had won the nomination. He was the unequivocal Candidate of Nyesom  Wike. The governors have averred that they are not comfortable with Wike, governor of Rivers sate imposing Obi on them .

Atiku had, after his return from Dubai, sort to interface with the eastern governors. He used  the opportunity of the Mgbako Igbo lectures to meet with igbo leaders, but the governors, including the highest  igbo ranking political office holder, Deputy Senate President Ike Ekweremadu, were said to have been absent at the event. But Ohaneze Ndi Igbo was behind Atiku with the foremost jurist, Ben Nwabueze ecstatic. Ekweremadu took the opportunity allegedly to travel outside the country.

Recently, Vice President Osinbajo visited Enugu and was warmly received by governor Ifeanyi Ugwuanyi of Enugu state. This was later followed up by a visit of four south east governors or their deputies. The only All Progressives Congress, APC, governor, Rochas Okorocha, was conspicuously absent. After the visit, their spokesperson, Dave Umahi of Ebonyi state, said they were there to thank the president for what he has been doing for Ndigbo.The governors were conspicuously absent at the turbanning of Atiku in Adamawa as Waziri of Adamawa.

The position of the governors may affect Atiku’s votes adversely. But there has always ben a disconnect between the governors and the governed, a vacuum that gave rise to the emergence of Nnamdi Kanu to fill the vacuum. Threatened, the governors and senior politicians teamed up with the Federal government to work against his Biafran agitation. That further alienated them from the masses, and the threat of election boycott is still in the air, and this may positively limit the south east vote, giving the APC room for electoral manipulation in the zone.