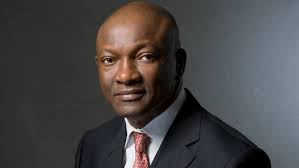 Barely two weeks after the March 9, Governorship election, discordant tunes are currently permeating the household of the Peoples Democratic Party, PDP in Lagos. In the eye of the storm is the flag bearer of the opposition party in Lagos Jimi Agbaje and the bone of contention is the dismal performance of the PDP in the Governorship election in Lagos state. In the election APC candidate Babajide Sanwoolu convincingly trounced the major contender PDP candidate Agbaje by polling a total of 739,445 votes while PDP candidate had 206,141 votes translating to a margin of 533,304 votes of the total accredited voters  of 997,476 votes.

Going by the outcome of the election, specifically the governorship which Agbaje’s performance this year is the worse  since 2007, accusing fingers are being pointed at Agbaje by his party as the architect of PDP’s poor outing in the election which pre-election projection predicted a close tie given the political situation in the state.

Infact some chieftains of the party in Lagos have not hidden their voice as the pointedly accused Agbaje of complicity in pdp outright defeat in Lagos. They accused him among others of, not carrying members along during the pre-election campaign. He is also accused of embarking on solo campaign and not  releasing the party campaign money to party members to prosecute the pre-election campaign as well during the actual election. They even alleged those he claimed to have released money were no w to be found on election there. They short of accusing him of hording the party money.

The outburst against Agbaje which is said to be boiling since after the election manifested at a post-mortem meeting to discuss the poor outing of the party which took place at the Ikoyi office of the former Deputy National Chairman of PDP, Bode George.

We gathered that at the meeting, the Director General of Atiku Abubakar Presidential Campaign Council in Lagos State, Layi Ogunbambi had pointedly accused Agbaje had been the cause of PDP poor showing in the governorship election in Lagos by frustrating all those that were desirous of working for the party at all levels. Corroborating the assertion of Ogunbambi, State PDP Chairman Adegbola Dominic accused Agbaje of what he termed flagrant disregard for party rules and its leadership. He said beyond the party flag bearer’s disregard to leaders like Bode George, Dominic, Agbaje he alleged displayed clear ignorance of the working of the party by unilaterally controlling campaign finances and refusing to work with the party. Really worrisome according to the party chairman is the fact that there is no record on how the monies disbursed to prosecute the election in Agbaje’s control were spent. He insist that the PDP candidate is the architect of PDP woeful loss, which he noted was very humiliating as it has never happened before.” Agbaje is the architect of this defeat, it is so humiliating to the party as we have never had it so bad, It is not his name that is on the ballot paper but the party and the logo”.

But Agbaje has fought back dismissing the insinuations of the PDP chieftains and lambasting them for not been in tune with the reality that the era  of sharing money to party members was over. He denied the allegations that he may have misappropriated the party funds given to him, insisting that he never collected any money either from the party or the presidential candidate for the governorship election. He said he ran his campaign on a very tight budget. Agbaje, who debunked the party chieftains allegations against him through his media aide Felix Oboagwira stressed that the funds sent for the Presidential and National Assembly elections were duly disbursed according to instructions given. He noted that all the bickering against him by party chieftains is not unconnected with the fact that as against the former practice of giving money to party leaders, this time money was given direct to the respective candidates. “All the fuss stem from the fact that contrary to the Lagos PDP tradition of sharing money to leaders, money was disbursed direct to candidates as instructed. The era of taking a share of what is not ours must stop in our party, the bitterness is from those who find it difficult to believe that money can be chanelled without a cut been taken, leaders must lead by example’ Agbaje said.

This response credited to the PDP candidate has infuriated party chieftains in the state like Bode George. He wants Agbaje to mention the leaders share campaign money in the party in Lagos. He said Agbaje personified the party which should not be the case. He said the normal practice is money meant for campaign are channeled through the leadership of the party. He described Agbaje’s insinuation as an insult.

Recalled that before the election there were grumblings by some PDP members in Lagos that Agbaje was running a solo campaign which they frowned out. After the election there was also speculation that the PDP candidate wants to dumb the party but he came out to debunked the claim.

Indeed political onlookers believe this is the beginning the end of Agbaje ever flying PDP ticket in the state, and how far he will go to weather the storm and still remain in the party with most of the big wigs like George and the state party chairman Dominic now having issues with him, time will tell.