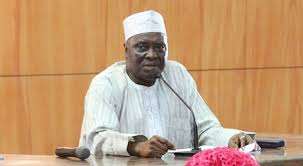 The Police Service Commission, PSC has approved the promotion of no fewer than 8000 police officers in what could be seen as the highest promotion haul in the  Force in recent years.

Similarly, Ani disclosed that the Police Service Commission approved the promotion of 7,981 Inspectors of Police to the next rank of Assistant Superintendent of Police.

The beneficiaries according to Ani were products of the last Departmental Selection Board. And the final decision to reward the personnel with the promotion was taken at the second plenary of the PSC held recently at the Police Academy in Kano.

The approval of the promotion and the ratification has been conveyed to the Acting Inspector General Ibrahim Abubakar Adamu.

The promotion which is the first to be effected by the current constituted Police Service Commission headed by Musiliu Smith, retired Inspector General of Police and the first to be done under the leadership of Adamu as acting Inspector General is coming on the heels of an increase in the wages and allowance of policemen which was announced by President Muhammadu Buhari before the General Election.

Among those that have benefited in the promotion include Jona Jackson Mva, Olushola Bbajide David and Titus Larmode, all Commissioners of Police promoted to the rank of Assistant Inspector General of Police.Also named are Rudolf Obe ans Danladi Lalas of the Air Wing who were promoted to acting CPs. Among the ACPs that have elevated to Deputy Commissioner of Police Frank Mba, the Force Public Relations Officer.

Also recalled that in a bid to boost the manpower shortage in the Force, the PSC had also recently approved the recruitment of 10,000 policemen into the force.

The mass promotion in the police which many see as a reward for their services runs in contrast to what is happening in the Nigerian Customs Service, NCS where the Comptroller General Hameed Ali, a retired Colonel  has not released the promotion of officers and men of the Service who had gone for promotion course since last year without having their promotion released.