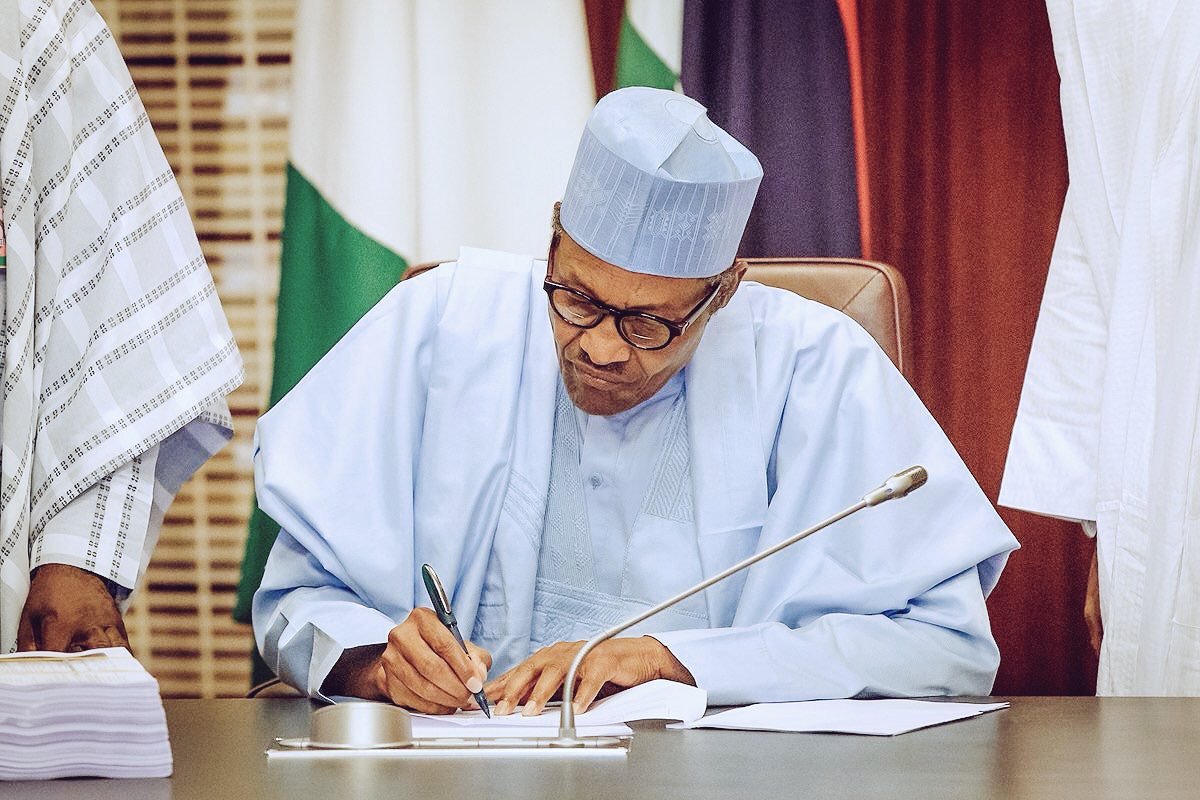 More facts have emerged  how Hajia Zainab Ahmed, minister of Finance,  Budget and National Planning successfully negotiated a $3 billion loan from the World Bank at the Bank just concluded meeting in the United States.  This is because  the country has the population strength and the market to sell manufactured goods . This is in addition to being   an  Oil producing nation  and a member country of the Oil Cartel, Oil Exporting Countries, OPEC,which guarantees it  a  source  of servicing the loan.

The $3 billion loan, according to a source at the Debt Management Office, DMO, would bring the country’s  total debt owed the Bank to about $11.67 including the accrued interests over the years, thus increasing the country’s debt  burden, which Hajia Ahmed  reportedly  said is still manageable.

Prior to the successful negotiation of the  loan, the country’s loans from the International  Bank  for Reconstruction and Development , IBRD, which  is another  arm of  the Bretons Woods  Institution  , was $124.18 million . The Value News  source     at the  DMO, described  the IBRD, is the Commercial arm of the World  Bank while the International Development Association, IDA, is the  Concessional  arm  through which the bank  grants low interests loans   to the developing countries.

Recall that Albert Zeufact, the Bank Chief Economist had alluded to the fact that  the major  problem  of the  African countries debt including Nigeria  was not  the Concessional  loans from the Bank  but the Commercial loans, which the countries in the Continent  had gone ahead to secure  with foreign  exchange, global financial condition and Commodity price risks.  It is not surprising why  the  World Bank is country’s  single largest Creditor as it was said to hold  over 35% of the country’s external debt Commitment.

In approving  the loan  which was said to be  at a Commercial interest rate, the Bank  officials were said to have  insisted that it  must be used  for the project earmarked for it which is the  reforming of  the nation’s power sector and thus, must not diverted to any other sector of the  economy.

That much was  confirmed   by the minister.  She had  disclosed  to Nigerians  that  the loan would be used to cover  the funding gap  and the current tariff  which the investors in the power  sector had  persistently cried out that it was  the  very low compared to electricity tariff  Consumers pay in other parts of the world

The Distribution Companies were said to  have made it clear to the  government at the various levels of discussion championed by the Nigerian Electrictricity Regulation Commission, NERC, that that the current tariff charged consumers  was ‘’not cost effective’’ and therefore should be given  the nod  to  introduce Commercial charges. This was said to have been turned down by  NERC, which has a mandate to fix electricity charges in the country.

Note, that the NERC, had increased the country’s electricity charges for both domestic  and Industrial usrs , which  many Companies did not funny. The investors major worries, according to sources, was the huge debts owed  them by ministries, Departments and Agencies, MDAs, including the  National Assembly and military bases across the country which run into billions of naira.

Hajia Ahmed may have gladdened the  heart  of the power investors when she revealed that part of the $3 billion World Bank  loan would be used to cover the losses  incurred  in their investment and electricity charges.

In spite of the fact that the minister has alreadt  wet the appetites  of the International power investors, which had  earlier threatened to pull out of the business if the government did not take their demand for increased tariff  serious, she may have dampened their enthusiasm when she said the  loan would be disbursed in tranches of $750 million from April 2020. The investors had expected the Bretton Woods Institution,   to start  disbursing the loan this year to facilitate the transformation of the nation’s power sector   in order to improve  supplies to consumers.

At present , the Independent  Power  Producers , IPP, which took over the control and Management of the country’s assets in the power sector are generating a little above 4,000 megawatts against a set target of 7,000.Many believe that  with  the $3 billion World Bank loan, if properly utilised,  it would  go a long way to enhance  the current epileptic  power  supply  and  boost Industrial production in the country

Note that many Industries, particularly, the  Small and Medium Scales, SMEs, had folded up because of high cost of running their generators with diesel while some had  relocated to Ghana and Cote d’Ivoire, where electricity  are said to be  relatively  stable to manufacture for the Nigerian market. Although, the Companies may have been experiencing problem in the recent  time to sell their manufactured  products in the country because of the border closure by  President Muhammadu Buhari to force the neighbouring countries of Republic of Benin, Niger, Tchad and the Central African country of Cameroon to join Nigeria in the anti-smuggling war  over  the use of  their countries as bases to smuggle prohibited food  items, particular, foreign parboiled rice, including small arms and weapons into the country.

Given the  difficulty  which many of the approved  Companies in the member countries of the regional economic economic bloc   Economic Community of West African States, ECOWAS, are currently facing due to the border closure by Nigeria, there are indications that some of the Companiers which relocated to Ghana and other African countries to manufacture for the  Nigerian market  may take advantage of the  planned $3 billion World Bank  loan to improve   the power sector  re-locate to Nigeria, which has the population and the market  compared to other African countries.  to avoid a future occurrence of what they are currently experiencing across the nation’s borders, particular, at  Seme /Krake Joint Border, where hundreds of their truck laden  cargoes  worth billions of naira had been trapped over the last two months.

Indeed, the border drills , comprising of the Customs, Nigerian Immigration Service, NIS the, Nigerian Police  Force, NPF, Directorate of State Security and the Department of Military Intelligence, DMI,  were said to have tightened up  security at the borders with these neghbouring countries across the country to ensure that no  imports  including ETLS , goods enter into the country or export of ETLS goods exit the country to Compliment the effort of the Border Commands patrol teams

From the onset, Muhammed Uba Garba, the Seme Command , Area Comptroller , had known that , that the Seme /Krake Joint Border is a busy trading route,  that he had mounted strategic border patrols, that it was pretty difficult for smugglers to operate in the area. Those who had attempted to use the Owode axis and the Creeks fund  around the Badagry  and Badagry West local government Areas would never forget their experience in a hurry as they have lost  both their goods  and their money including vehicles  to government .

Many believe that Border Brill  security Operatives  may not have  heard much to do compare their activities in the border Areas in Ogun, Oyo and Osun states. This is most of the foreign rice smugglers, who are the target of the government had been forced to relocate to these other states where they are f facing fire from the Border drill security Operatives and the Federal Operations Unit , FOU, Zone A, Ikeja, under the close  watch of Mohammed Aliyu, the Area Comptroller.