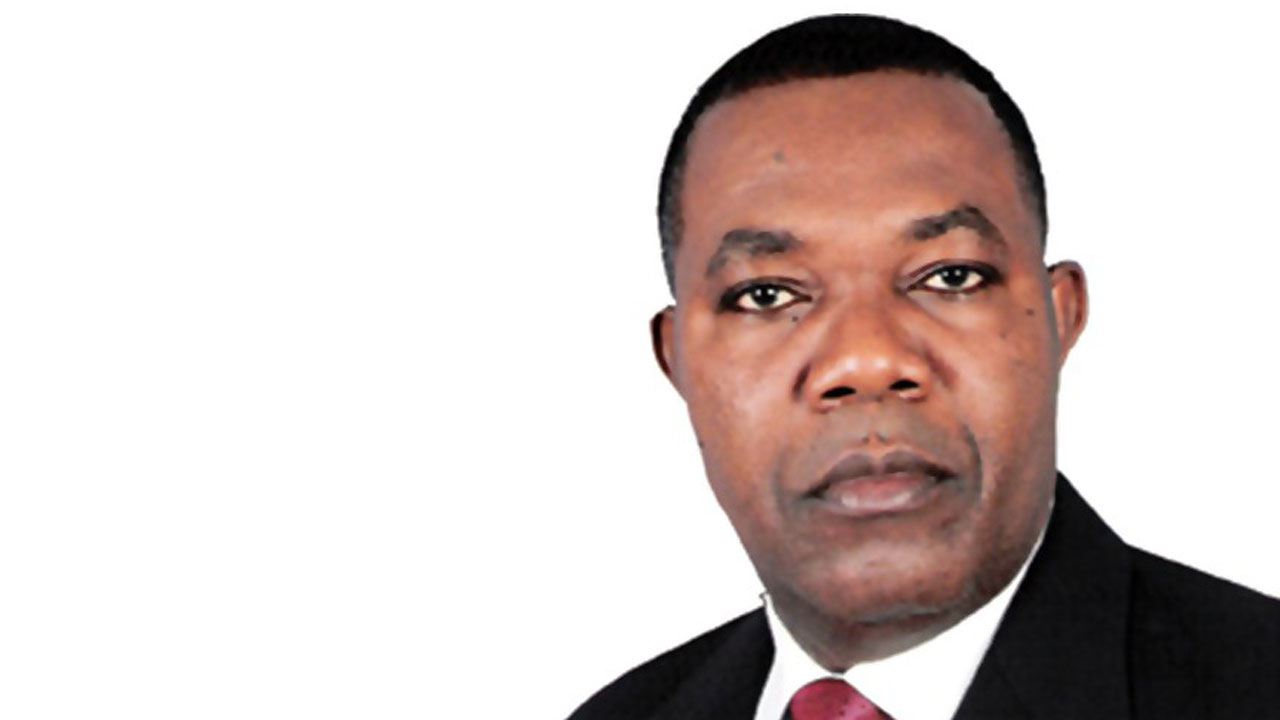 Ahead of the re-constitution of his cabinet amidst intensive lobbying by former commissioners and party stakeholders, Governor Udom Emmanuel of Akwa Ibom State just as replicated in other states appointed what in Nigeria Political parlance is known as ‘The Kitchen Cabinet’.

Prominent among his three first appointees was the re-appointment of the Secretary to the State Government (SSG) Dr. Emmanuel Ekuwem.

During his swearing in on Thursday May 30 which had in attendance his brother, His Grace Rev Dr Joseph Ekuwem, the Arch Bishop of Calabar Metropolitan Arch Diocese, Governor Emmanuel eulogized the Mbo born Information Communication Technology expert for his administrative expertise. He said he enjoyed a working relationship with the SSG and found in him a worthy administrator who fit into his second term completion agenda. Governor had emphasized that, the re-appointment of the SSG was to ensure a seamless stabilization of the engine room of governance.

It will be recalled that Dr. Emmanuel Ekuwem was first appointed in January 2018 by Gov. Emmanuel to replace his predecessor Etekamba Umoren.

He did his Post-PhD fellowship research work (Computer-based Real-Time Data Communication in PSTN) in the Networking and Radio Propagation Laboratory of the UNESCO ICTP, Trieste, Italy.

He worked briefly as Head of Engineering in the then Department of Meteorological Services (now Nigerian Meteorological Agency, NIMET) of the Aviation Ministry before going on voluntary retirement at a very young age. While in the Aviation establishment, he won a “Ministerial Award for Outstanding Productivity.

Dr. Emmanuel E. Ekuwem is an old boy of the Queen of Apostles Seminary, Afaha Obong, Abak and an alumnus of Obafemi Awolowo University (former University of Ife) Ile-Ife.

In the course of his meritorious career in the ICT and telecommunication industry, Ekuwem has served in several capacities some of which are:

• Member of the telecommunications industry consultative and advisory forum of the Nigerian Communication commission (NCC).

• Member of the Infrastructure Policy Commission of the Nigerian Economic Summit Group (NESG).

• Member of the Science and Technology Policy Commission of NESG

• Member of the Infrastructure sub-committee of the National IT Strategic Action PLAN.

• External Member of Faculty Board of the Faculty of Technology, Obafemi Awolowo University, Ile-Ife

• Member of the Presidential committee on 419 on the Internet and cybercrime.

The re-appointed SSG Akwa Ibom State has equally won many laurels in the Information Communication and telecommunication world which include winner of the Third World Academy of Science (TWAS) award for Research on the effects of Meteorological phenomena on Radio Communication (VHF/UHF) in the lower Troposphere,Broadband Personality of the Year 2010 of the African Telecom Hall of Fame Award (5 Nov, 2010) and Winner of IT & Telecom Personality of the Year (2005)

He is also a recipient of the Albert Einstein Centenary Award, conferred on him by the Nigeria Insitute of Physics and also the prestigious Kwame Nkrumah Africa Leadership Award in the year 2005.

In 2014 he was conferred with the Broadband Personality/ ICT Fame Award to mark the Nigerian Centenary Celebrations. He is a Fellow of the International Atomic Energy Agency (IAEA)/TRIL Programme of the ICTP on Intelligent Real-Time Computer-based Data Communication and had served as consultants to several United Nations Agencies like International Telecommunications Union ( ITU), United Nations Educational Scientific and Cultural Organisation  (UNESCO), World Meteorological Organisation and World Bank.

As a mark of special recognition of the contributions of Dr. Emmanuel E. Ekuwem to the growth of ICT in Nigeria, then President of the Federal Republic of Nigeria, Chief Olusegun Obasanjo, in year 2001 identified him as the “most productive individual” and conferred on him the prestigious award – the National Productivity Order of Merit – NPOM.

He is a former National President of the Association of Telecom Companies of Nigeria, a Former President of the Nigeria Internet Group, and the Founder until recently – the CEO of Teledom Group.

Like the SSG, another member of the Kitchen Cabinet that has been re-appointed by Governor Udom Emmanuel is Ekerete Udoh who retained his portfolio as Chief Press Secretary and Special Assistant on Media.

Ekerete Udoh an indigene of Onna Local Government Area, Akwa Ibom State who was born in April 2, 1963,assumed office in June 2015 after his appointment by Governor Udom Emmanuel.

Ekerete Udoh (born April 2, 1963 from Onna Local Government, Akwa Ibom State) is a Journalist The Chief Press Secretary is also a former columnist in ThisDay Newspaper and Vice Chairman of News of the World Newspaper, Lagos

Meanwhile, the publisher of The Guide newspaper based in Akwa Ibom State and National Leader of Akwa Ibom Liberation Movement (AILM) Prince Emmanuel Sam, has congratulated Ekerete Udoh on his reappointment.

Sam described Ekerete Udoh’s reappointment as a worthy development in media sector of the State, saying that Udoh’s wealth of his experience is exceptional.

He said Udoh brought his vast experience to bear in the last four years in his relationship with media managers in the State, noting that the CPS will do more in the next four years.

Sam thanked Governor Udom Emmanuel for reappointing Udoh, whom he described as a good media relations manager, and wished the governor success in his second term.

Also making the first three appointees of Governor Emmanuel to kick start his second term on a sound footing is the Head of Service Akwa Ibom State, Effiong Essien.

Until his appointment, Essien a Geologist graduate from the University of Calabar hails from Afaha Atai, Ibesikpo Asutan Local Government was the Permanent Secretary, Ministry of Works. He took over from Mrs Ekereobong Akpan who retired from service on May 29.

His appointment like others received commendation from his kinsmen and associates one of whom is the acting chairman of the governing council of the Akwa Ibom Polytechnic, (AKPoly), Ikot Osurua,  Dr Samuel Edet. He described the appointment of the new Head of Service as merited based on track record of good performance in the Ministry of Works with evidences of collective work for transformation in the infrastructure of the state