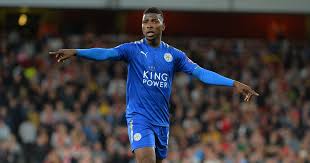 Due to kel’s (iheanacho) performance at Leicester City last year, he was dropped by gernot rohr in the 2019 AFCON where Nigeria won the bronze medal. Few weeks after the AFCON had finished kel managed to score 3 goals during the pre-season friendlies and had been hoping coach Rodgers would give him an opportuinity at any EPL match.

As the EPL started many would have thought that kel would feature in a match for leicester but Kel has not featured in any match for his club till the international break. Kel was luckily picked by Rohr as one of those who would represent Nigeria against Ukraine on Tuesday 10th of September.