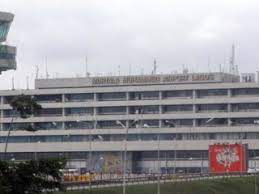 For much of last year and now, there have been rumours making the rounds that most of the free duty shops licensed by the Federal Airports Authority of Nigeria, FAAN, to operate at the Murtala Muhammed International Airport , IKeja,  Lagos, are  abusing the Customs and Excise Management Act, CEMA, with the active connivance of their Customs and FAAN, Collaborators at the airport to push their goods into the Nigerian market.

The rumour became pronounced  that  Hameed Ali, a retired  Army Colonel and Comptroller General, Nigerian Customs Service, NCS,, was said to have sent a call to Usman Yahaya, acting Comptroller, Federal Operations Unit, FOU, Zone A, Ikeja, who had had been recommended to the Customs Board to be confirmed Comptroller  to deploy a team to the MMIA, to seal such duty-free shops.

As a prelude to carrying out  Ali’s order, to raid the MMIA, duty free shops, by the FOU, zone A,  acting Comptroller and hi that s boys, informed sources told The  Value News that a surveillance was first sent to the airport to prepare the ground  ahead of the operation on Monday, June 28, 2021. There are indications  that the country had lost  billions  of naira over the last five years through abuse of the duty-free shops at the MMIA alone.

The Wikipaedia defined the    Duty-free shops   are retail outlets  whose goods  are exempted  from the payment  of certain local, state  taxes and Customs duties, on the requirement that the goods displayed at the shops would be sold to those  travelling abroad while  the Chambers Dictionary   defined it as ‘’a shop at an airport  or on board a ship , where duty-free articles  are on sale on which duties and Taxes had already been paid, thus making it possible for the items to be sold to the public but only to travelers.

Some of the duty –free shop owners may have Compromised the duty officers from FAAN and Customs personnel at the MMAIA, that they could sell to the public, who in turn sell at the local markets at a big loss to the government as  duties  and Value Added Tax, VAT and other local and state taxes were not paid on such items.

Acting on the instructions of the Customs Comptroller General, the FOU, Zone A, acting Comptroller, was said to have deployed a  special Team led by a tough looking  Jack Okpabi, an Assistant Comptroller ,and Head of the Command , Operations and Lagos Roving,  officers said  was used  to such Special assignments and his boys to the Airport to do the work

Convinced that the rumour making the rounds about the abuse of the free duty shops at the MMIA, the Team, was said to have set out to raid the airport on Monday, June 28, 20121 and to use the Customs Seal ON the  shops To forestall the owners from entering into it  until they get clearance from the Command  Area Comptroller.

Indeed, on Monday, June 28, 201, the FOU, zone A, Enforcement, team, raided the MMIA, and placed the Customs Seals on the duty-free shops found to be abusing the CEMA. Perhaps, to frustrate the FOU, Zone A, Team from doing their job at the MMIA,  one Mrs Victoria Shin-Aba, the   FAAN, Manager, at MMIA, was  said to have the airport entrance and exit gate. She was said to have  also  issued a Counter order, removing the Customs Seals, which was said to have  made it possible for the Duty –free shop owners to reopen for business. The FOU, Zone A, Comptroller, may have been alerted of the FAAN Manager action at the airport , forcing him to give a matching order to the Command Team that had raided the Duty-free shops at the MMIA to go ahead and re-seal it. The order was said to have been carried out, thus, sending a signal to the FAAN, officials that the game is up.

The FAAN, Manager at the MMIA, may have quickly the implication of her action which  could  earn her a 10-year jail term  for destroying a Customs Seal  that she  had to look for ways to calm the situation before it gets to the ministerial level  where Hajia Zainab  Ahmed, the minister of Finance, Budget and National Planning,  and  Hadi Serika, minister of Aviation, which may further expose the activities  of FAAN, under the close watch of  Rabiu Yadudu.

That the  Many believe that   the FAAN , Manager at the MMIA, may have gone to the extreme  of  destroying the Customs Seal at the Duty Free shops because she believes that the airport is under hercontrol, meaning that the Customs Laws cannot apply on the Duty –free shops which are licensed by  the agency to operate at the airport.

Maritime analysts would  want the FAAN, top officiasl to know that  the agency  in spite  of the  fact that  the agency is  the LandLord of the MMIA, ’’it  must be guided the Customs Law which is enshrined in the Customs and Excise Management Act for peace to reign between the two government agencies.  Informed sources told the Magazine that there  was a heated argument  at their closed- door meeting to resolve their areas of conflict . At the meeting the FAAN, Manager, was said to still  talking tough, boasting that sh will still destroy such Customs Seal in future but  was quickly called to order by the Customs Personnel at the meeting. It could nit be ascertained  how the meeting ended as efforts to speak to the Faan , MMIA, did not materialize, despite the visists.