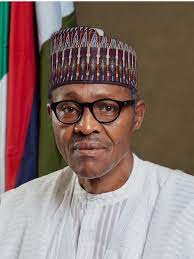 When Nasir El-Rufai, a former minister of the Federal Capital Territory, FCT, during President Olusegun Obasanjo Presidency and  now governor of Kaduna state,  said that the Bandits  operating in the local Communities state  are gradually extending their activities into the cities without fear of arrest, not many people took him serious.

The security  operatives  may have seen it as mission impossible because of the tight security in the major Ttowns and cities in the north west states ofZamfara,  Kaduna and Katsina particular. But Abubakar Sa’ad, a retired Brigadier General and Sultan of Sokoto, may have  read  the  handwriting on the wall, that no part of the north is safe  when the Bandits entered Sokoto  state to attack Communities.

The Bandits may have proved the Sultan right with their  attack  at the Gayan area, an outskirt of Zaria, a major city in Kaduna state, described a second home of the Criminal elements , next to Zamfara, on Monday, June 14, 2021.

This may have fueled speculations making the rounds that the Bandits have infiltrated the north west state cities and are already living among the people  where they  could plot  and execute their attacks and kidnap with ease  ,before the security operatives could arrive the scene to challenge them.

The bandits were said to have arrived the outskirts of the City of Zaria, because they had already entered  area  when the residents were still sleeping to be  able to attack some houses. Police accounts confirmed based on feelers from the people that they had abducted  a family of eight  members  in the area and  four other residents in other houses attacked.

The Bandits attack in Zaria where the University of Zaria and other major higher institutions including other private Institutions are  sited in the state  may have informed why  Agyole Abeh, the state Commissioner of Police, who was said to have been alerted about the attack and the kidnap   in the   Gayan area of the city could give a matching order  to the  to the  police Commander in Zaria Local government Area and the other nearby  Local government  Areas to Zaria  to do everything within their capacity to rescue the kidnap victims.

The security operatives were said to have moved into action immediately they  got the Commissioner’s directive  who was said to be working closely with El-Rufai, the state governor, ‘’ to patrol the general  and along  the Kadun-Zaria highway with a view  to arresting the Criminals and rescuing  the 12 persons who had been kidnapped for ransom’’.

Eyewitness accounts said the number of kidnapped victims in the outskirts of the Zaria city could have been more than the figure bandied about by the Kaduna state police Command   both not for the quick intervention of  the policemen  who were said to have arrived the scene to engage the bandits ina gun battle forcing them to flee with their kidnapped victims.

The Bandits attack on the outskirts of the Zaria city  have sent a message to Usman Alkali Baba, the Inspector General of Police, IGP, and Farouk Yahaya,  a Major General and Chief of Army Staff, COAS, that they are unstoppable in their attacks and kidnap business.  This is where the IGP and the Yahaya, the COAS,  may have to go back to the drawing  board to restrategise on how to deal decisively with the bandits who are scattered all over the north west states of Zamfara, Kaduna, Sokoto , Kebbi and Katsina, President Muhammadu Buhari, a retired Army General home state, in the north west geopolitical region the language they will understand as alluded  by the Nigerian President in his June 11, 2021, interview, with NTA.

Prior to the  Bandits attack at the Gayan area of Zaria city,  the Bandits had earlier tested  the waters in the city  by attacking   the main Campus  of the Nuhu Bamali  Polytechnic,  which is sited in the Kaduna city  on Thursday, June 10, 2021, at their usual time of such attacks:  night, when most of the  students had gone to bed.

Two  students were said to have been hit  by the strait  bullet but one of them,  one Ahmad Muhammed,  was said to have died of the bullet wounds. That much was confirmed by Samuel Aruwan, the Kaduna state Commissioner of Internal security and home Affairs after an on the spot assessment of the attack.

Many believe that both not for the indefinite closure of the Polytechnic by the school Authorities at the instance of the state government in the first attack of the city,  it could have been attacked again in this time around,  an indications that that it was the same bandit kidnap gang , who are working closely with the Islamic State of West African Province, ISWAP, based in the north east state of Borno, Lake Chad region, that have carried the attacks, ostensibly to raise funds to buy arms from their  ransoms deemand that may be be paid by the state government. They got it wrong.

Many believe that the  Bandits in the north west  Kaduna state may have intensified their attacks and kidnap operations in  the state because of a Statement allegedly credited  to El- Rufai, the  state governor that he will never ‘’Negotiate   or entertain the bandits ransom demand  even  if his own son  was kidnapped’’.

Recall that the bandits  had kidnapped   five students  from Greenfield University  , last May, barely two months after the abduction  of 39 students  from Federal College of Forestry Mechanisation   at Afaka, Igabi Local government Area  of the in March, 2021. Note that bandits had demanded for N500 million from the state government to facilitate the release of the Federal College of Forestry Mechanisation students which was said to have been turned down by Elf-Rufai.

The bandits who had kidnapped the Greenfield University students may have known that the Kaduna state governor who  had already made up his mind that the government would not   Negotiate with them for  the release of the kidnapped  students  may have resorted to plan B, to kill one of the victims, to force  him to soft pedal but no luck.

There are fears in both official and unofficial quarters that Bandits who are desperate to raise funds to sustain the tempo of their attacks  in the state may adopt the same approach used in the Greenfield University  matter  in to force the governor, described as a one-time strong advocates in support for Negotiation  with’’ the armed non-state actors’’ as a private citizen during former president Goodluck Jonathan Presidency over the kidnap of276  chibok girls in 2014 by the Islamic Fundamentalist Group, BokoHaram.

El-Rufai,  may have realised  that ransoms payment  to the bandits  would not solve  the insecurity situation in his state that he had refused to toe the line, which the bandits may have considered  as a slap on their face and thus, had decided  to make the state uncomfortable for him to rule  by the incessant  attacks  on Communities  and Kidnap of students of higher Institutions in the recent time.

The Katsina state born Nigerian President  may have been worried about the insecurity  situation  in the north, particular, the north west stats of Zamfara, Kaduna and Katsina,  that he had meet with the 19 Northern states governors, irrespective  of their political divide  last April at the Presidential villa.

He  was said to have assured the Northern governors who were said to have been led  to the closed door meeting by Samuel Lalong, governor of the north central  state of Plateau and Chairman , Northern Governors Forum, NGF, of his  Administaration’s Commitment  ‘’to end all forms  of insecurity in the region and the  country in general’’.

The  governors, were said to have taken advantage of the meeting with the Commander –In-Chief of the Nigerian Armed Forces, ‘’ to narrate  their experiences  and individual efforts at finding  lasting solutions to the crisis in the respective states   and their expectation  from the Nigerian President  who has  control of the nation’s security agencies  which included  the military , police  and the intelligentsia.

The insecurity situation in the north west states, of Zamfara, Kaduna and Katsina , particular, appears to be getting worse after the meeting  between the retired Army General and the  northern governors  as confirmed by Matawalle Bello, governor of Zamfara state,  described as home of the  bandits,  who has ordered the people to defend themselves from the banditsinstead of looking up to the government to  come to their support every now and then, because of other contending demands.