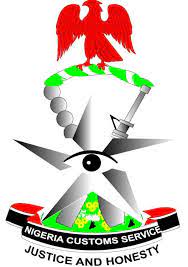 Muhammed Uba Garba, a former  Acting Coordinator, Border Drill , sector3, now Assistant Comptroller General of Customs, ACG, EI&I, who was overseeing the four north central  border states of Kwara, Niger, Kogi and  Benue , and has a big task at hand: How to finally deal decisively  with the smugglers  comprising of the Youths and the greedy get rich criminals across the country.

Muhammed, who was said to have opened up  during his  interactive session with  Journalists on Tuesday, September 22, 2020, in his capacity as still the Acting Coordinator of the Border Drill, sector3 aseed in Ilorin,  Kwara state, preparatory to his relocation to the Customs Headquarters at Abuja , the Federal Capital Territory, FCT, to resume in his new office  had described smuggling in Nigeria’’as  a huge industry that welcome  all comers including Youths’’ based on his experience in anti-smuggling operations over the  last years.

Hear him:  Gentlemen of the press, smuggling is gradually becoming a huge industry accepting all comers, attracting the greedy and the get rich criminals including the Youths who do not see it as a crime.

The erstwhile Border Drill , sector 3, Acting Coordinator, may have been exposed to the reality on ground that the  Youths , particular, are the ones  DRIVING  smuggling activities in the country  because of the number of suspects who had been   caught  with smuggled Contraband in the north central states of Kwara, Niger, particular, including Benin Republic nationals in the recent time  which fall  within the age bracket of 25 and 35  years. The suspects were said to have been caught with smuggled Contraband Foreign parboiled rice, vehicle and other Contraband.

TheY were said to have been caught , mostly in the Border Communities  in the  Baruten local government Area of Kwara state, in  BOkoru, Alapa, Okuta, Illesha Baruba, Chikanda border  Communities and Babanna axis in Niger state.

An eye witness account disclosed  that the Border Drill , sector 3, Patrol Teams personnel had  caught and arrested the smugglers involved in the illicit trade of Foreign par boiled ice, vehicles, textile materials, motor cycles and other Contraband,  within the country and those  working for their sponsors in smuggling of  Premium Motor Spirit, popular, Petrol or Automotive Gas Oil, AGO, or diese’ into the Benin market. The arrested  Nigeria  suspects, were said to be  working with their Beninois counterparts  at the Border Communities.

The Youths caught in the Act believe that what constitutes crime in the society  are robbery, murder, kidnapping  and money laundering and not smuggling. They see smuggling ‘’as a way of life’’.

Given an insider information,  Muhammed, the then  Border Drill, sector 3, acting Coordinator, had said that 13 Nigerian  suspects, were  caught  in different parts of Kwara and Niger states with Contraband during their  operation. He further disclosed that the sector also  arrested    15 Benin Nationals, who ere, howeer, granted administrative bail and repatriated back to their country.

He had confirmed that that the suspects were arrested   in connection with the seized Contraband by the  Joint Border Drill  between July 26 and Tuesday, September2, 2020.  The arrested Benin nationals, were said to have entered the country  through  the bush path of  kabour –kta –Taso Express  road, in Kara state , with their smuggled Contraband , but fell into the waiting  hands of the Border Drill, sector 3, vigilant officers on the road.

It is on record that between July 26,  and   Tuesday, September 22, 2020, the Joint Border drill sector 3 Team, had made 111 seizures of Contraband from different parts of the north central geo-political region. Take for instance, the Team was said to have  made 2,794 bags of Foreign rice of 50 Kg each,  1,212 bags of banned  Foreign,APK  Fertilizer, with a Duty Paid Value, DPV. Of about N16 million  and  among other seizures within the three weeks of operations.

A senior Customs officer who spoke to The Value News explained that since Muhammed mounted the saddle of leadership  as the Acting Coordinator of the Border Drill sector3, last January and now,  the sector alone, had seized  23,449 bags of Foreign rice of 50Kg each smuggled into the country  from Benin Republic through the several  illegal routes in Kwara, Niger, Kogi and Benue, all states in the north central geo-political region.

This may have informed why the Border Drill, Acting Coordinator, sector 3, had pleaded  with the Youths in the Border Communities in the region, ‘’not to allow themselves   to be deceived  by engaging  in smuggling activities which could lead them to prison if caught in the act’’.  He noted t this is in addition to losing their smuggled  Contraband  to the government.  He was said to have   warned the Youths   ‘’to stop seeing smuggling as  a means  of livelihood  and  assisting the economic saboteurs’’.

Appealing to the Border Community leaders, he urged them’’ to rise to the Challenge and Cooperate with the Joint  border Patrol  Team personnel, on operation,  stressing    that’’ it is the only way ’’ to checkmate  the activities  of those who are doing illegal businesses  in the country  and who use their environs as safe routes and hiding places’’.

Recall that President Muhammadu Buhari had banned the importation of Foreign rice and vehicles, through the land borders across the country   on January 1, 2017.  Given the  spectacular  Contraband seizures  that were said have been  made by the Border Drill sector 3,   between July 26, and Tuesday , September 22, 2020, Muhammed t,he  newest  Acting ACG, EI|&I, has sent a signal , to the smugglers operating in the north central geo-political region and other parts of the  country that it  is no longer going to be business as usual. This is because he has alrady  known the mindset of the Youths towards smuggling in the country and could easily penetrate their rank with ease.

The ACG , who could not hide his feelings had said that there was  no basis for the smuggling of Foreign rice into the country because there are already  functional  Rice   Mills in the country and other ones coming up  that are capable of meeting the rice  demand of the country. Muhammed was said to have  cited the Ihamsad Rce Mill in Kano, north  west,  Anambra Rice Mill limited, in the south east, Jewes Rice Milling Factory in  Taraba, north east, Lake Rice, jointly owned by Lagos  and Kebbi states.

He was said to have also said  that there was no basis for the smugglers to continue  sabotaging the economy by  smuggling processed tin tomato into the country when  there  are tomato Companies in the country  like Wole  Tomatoes Enterprises,  Iwo , Osun state, FIRO in Lagos and  Sonia Tomatoes Company  in Jos , Plateau state, all producing the same product that could effectively compete with the Foreign products, if not better.  believes that with the Collaboration with the border Community dwellers,   Customs would would suffocate smuggling  which in due course collapse’’. This should gladden the heart of Hameed  Ali, a retired Army Colonel and Customs Comptroller General, who is determined to curb smuggling activities in the country.

It is on record that the previous  ACGs,  never saw the reason to extend their supervision to the Commands involved in anti-smuggling operations, except if on official Assignment on the orders of the Comptroller General.  They made do in staying in their Abuja office, to issue directives to the Area Commands  on  the orders of Ali, the Customs boss or the Deputy Comptroller General, DCG, EI&I.

They noted that he must work closely with the DCG,  EI|&I, seen as the Administrator of the Department, and who deals directly with the Comptroller General to ensure that  the Department’s plan to  suffocate smuggling and collapse the  illicit business, which fall falls in line with his visision would  succeed.

In spite of the fact that ACG may have had  illicit  at the back of his mind to collapse the smuggling business, he must watch it. This is because , there  is nowhere I the world including  the technologically advanced countries of the north American country of the United States, US, Asian country of China, United Kingdom, UK or the European countries of France , Germany, Italy, Spain and or Netherland, where smuggling has  been stamped out. It could only be reduced to the lowest level, they remarked.