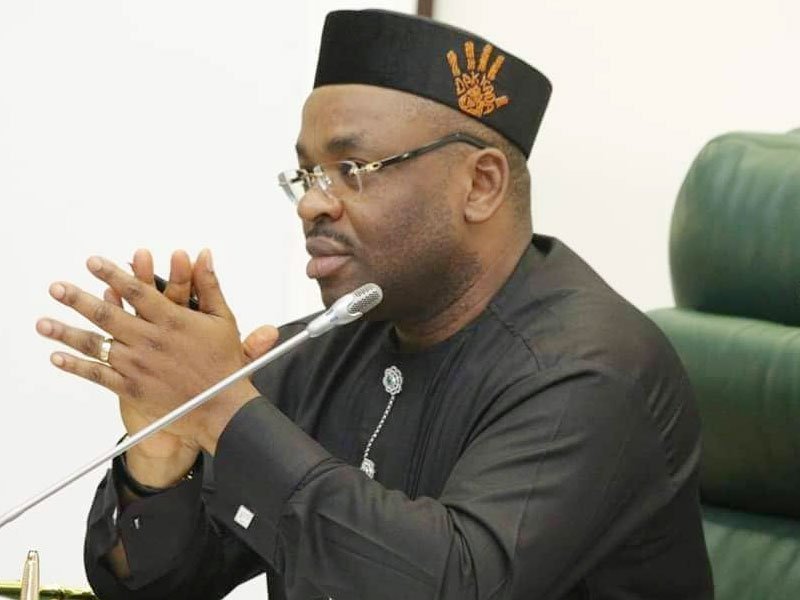 Udom Emmanuel, is  no longer finding it funny  with his Commissioners and other government officials  who grant unnecessary media interviews without getting  clearance from his office  which had on several occasions embarrassed the state.

The governor believes that the officials are exposing the activities of the government to the Opposition All Progressive Congress,APC and which must be stopped. Perhaps to ensure the state the government appointees at the  agencies and Parastatals including the Commissioners are properly put under his close watch, he came up with the decision to bar them from talking to Journalists.

The Value News directive which was conveyed to the political appointees Secretary to the State Government Emmanuel Ekuwem, clear Charles Udo, the Commissioner of Ekerete Udoh, the Chief Press Secretary, CPS, to the Governor could talk to the press after getting clearance from the governor.

the  Ekuwen, the directive was to streamline information dissemmination to the to make it more coordinated. He was said to have made it clear that officials who violate the new directive would be sanctioned.

But findings by The Value that the reason for not unconnected with a by the state Commissioner of Works Ephraim Inyangeyi which the people of Eket. The Commissioner who could not hide his penchant for always making unguarded statements and bullying disposition to people. He had accused the people of Eket that share senatorial district with the governor of working against the interest of the governor in the state.

There are the directive may widen the the governor and the political appointees who believe using his executive powers to that he has secured  a second term.

Political watchers fear  that the governor may have shot himself on the foot  as  the aggrieved political appointees may fight back by releasing classified documents about the government to the press to arm   the opposition All   Congress, APC, to hit back  at the government. This is where the Akwa Ibom  state governor may have to reach out to the Commissioners , Heads of the government agencies and Parastatals  including the Special Advisers  to reassure them   of his Total Confidence in them  to avoid throwing  his government in disarray  that  would bring him into conflict with the people of the state.

Efforts to speak to Ekerete Udo, the  CPS, to the governor including visits and phone calls did not not materialise.  At the  State Secretariat , the  governor’s decision has become the topic of discussions by Civil servants wherever  they gather in group and in their offices.

Insiders  informed the Magazine that since Ekuwen, the SGS, came out with the directive , fear  appear to have gripped the officials  whose loyalty to the governor appear questionable.

Many believe found to be critical of the government be dropped by pave way for new would be ready to work without friction. Even the governor  fears  that the  government could take advantage of the directive to volunteer information information which could strengthen  the resolve of Godswill Akpbabio , a former governor of the state  and Senator of Federal Republic of Nigeria  to support Ekere, the party governorship Candidate  in the gal tussle to remove him as the governor of the state at the Tribunal and the Court. At present  the APC, Candidate, with the support of Akpabio, his godfather has dragged Udom to the Tribunal insisting that he did not win the election, urging the National Electoral Commission to declare him the authentic winner of governorship election in the state.