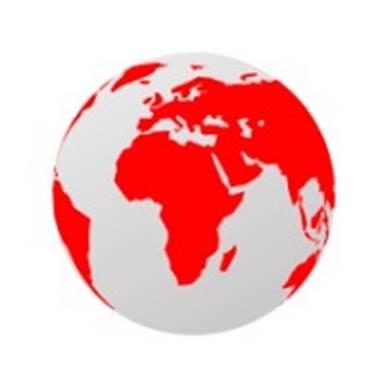 Heirs Holdings Investment, founded by Tony Elumelu, a renowned Philanthropist and Chairman, United Bank For Africa, UBA, plc, popular, Pan African Bank,  and which have his business tentacles spread   to the nation’s power, oil  and gas, including Hospitality and Healthcare, sectors of the economy, appears to have extended the investments to the Insurance sector of the economy.

This is evident with the newly launched specialist life insurance company, ‘Heirs Life Assurance’,HLA, which was said to have partnered Avon Medical to organize a blood donation drive in commemoration of the 2021 World Blood Donor Day.

Health experts believe that by going into partnership with Avon,a world class Medical Company, the Company would come out the best Life Assurance Company in Nigeria and the African Continent , hat  would be the most patronised because of reliability in payment of premiums to save lives.

The event, which was said to have been held on Monday, June 14, 2021, at the ultramodern Avon Medical Dialysis Centre in Ikeja, Lagos had many people present and who were willing  despite of Nigeria’s harsh economy to donate blood for those ‘in dire need of medical attention’.

Informed sources told The Value News that many of the big men who had donated blood during the world Blood day event may have done so because of the involvement of Elumelu, described a very successful man in the project and who had dominated the nation’s service sector of the economy just  as Aliko Dangote, a business mogul , had dominated the Manufacturing sector of the economy.

This year’s blood donation drive event, according to insiders was the first of such partnership arrangement between the two Companies. The partnership, according to informed sources may have been set out ‘to increase the awareness of the importance of safe blood for transfusion and highlight the critical role voluntary blood donors play in national health’.

Ifesinachi Okpagu, the Chief Marketing Officer, CMO, of the Heirs Life Assurance Company, was said to have told those that cares to listen  that the partnership with Avon Medical  was in line with the company’s ‘goal of promoting’, not just the importance of life insurance, but wholesome living. ‘He noted that at the core of the Company business operations ‘remains care for the people and their family members’’.

An elated Okpagu, the Heirs Life Assurance, CMO, who could not hide his feelings had told participants at the historic event: We are pleased to have demonstrated this blood donation with our partnership with Avon Medical ‘to show our care for the safe health’

There are several statistics that show that blood donation is of much benefit to the end user as much as it is to the donors, he had said, stressing that what  the Heirs Life Assurance Company had done  was basically ‘to raise the awareness for the need to encourage this culture of blood donation and celebrate as many that have come out to be superheroes’.

Shekinah Olagunju, Head, Marketing and Corporate Communications at Avon Medical, had expressed delight in the partnership, describing it as ‘laudable especially as it would help the two Companies further their commitment ‘to building a healthier nation’ and, in the process, ‘improving the economy and transforming Africa and the values’ held by the companies within the Heirs Holdings group portfolio.

Investigations by the Magazine shows that since its official launch on Tuesday, June 1, 2021, Heirs Life Assurance has continued to actively push its offering of life insurance policy, which many believe ‘is simple, quick, accessible, and reliable with its array of value adding products’, served on several easy-to-use platforms.

The company, the Magazine further gathered is backed by top-notch Reinsurers to provide second-layer security for its clients’ insurance portfolios, which gives it an edge over other Life Assurance Companies in Nigeria and other member countries of the African Continent in general.