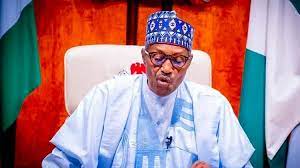 When the 17 southern state governors took a decision last May banning open grazing in the region, President Muhammadu Buhari, a retired Army General, may have felt uneasy with the decision. Abubakar Malami Federal, Attorney General and minister of Justice, may have spoken the mind of the Katsina state born Nigerian President when he said ‘’the decision to ban open grazing by the southern governors was   unconstitutional’’.

The minister may have sent a message to the southern governors on the next step that would be taken by the government when he said with Authority that the governors’ decision banning open grazing does not hold water’. He had said that the government would soon begin’’ the process of  recovering the  Land from the persons  who have  converted the cattle grazing routes for their personal use.

The Katsina state born Nigerian President  may have  reconfirmed what the minister of Justice  had said  when he gave approval  for ’’the return  of open grazing in the country as   practiced during the First Republic where herdsmen  used designated routes to move their cattle  to several parts of the country  but that was how far he could go.

The retired Army General may not have been happy that the southern governors failed to heed to the Presidential directive to reverse the decision banning open grazing in the region that he was said to have quickly set up a Committee, headed by Ibrahim Gambari, a Professor and who incidentally is the Chief of Staff, to review the 368 grazing routes across the country and’’ to determine the levels of encroachment with dispatch’’ and make recommendations to the government for implementation.

True to people’s believe, the Committee was said to have recommended to the Presidency for approval the return of the 368 open grazing routes in 25 states of the Federation spread in the six geo-political regions .It was said to have also recommended the Collection of field Data on the 368  grazing  routes  across the 25 states to asses encroachment and encroachers.

In addition, it was said to have recommended the production of the  maps and geo-mapping of sites, analysis of findings and report preparations as well as design appropriate Communication on grazing reserves and operations, thus showing the serious of the buhari led All Progressive Congress, APC, government  to implementation of the Gambari Committee report on the open  grazing  route policy in the  25 states in the country before the  expiration of his Administration in May 29, 2023.

There is no gainsaying the fact that the Presidenital approval to return the 368 open grazing in the routes has brought Laughter in the Camp of the camp of Maiyetti Allah, Cattle Breeders Association of Nigeria, MACACAN. The Laughter may be short-lived because the security situation in the First Republic is different from what it is  today.

The  fear being expressed in both official and unofficial circles  is that if the  retired Army General succeeds  mobilizing  the Military and other security agencies personnel to ensure  implementation of the Gambari  Committee report on the return of the 368 open grazing  routes in the country, it would worsen  the insecurity situation in the country.This  is because terrorists and Bandits would use it as an opportunity to infiltrate the ranks of the herdsmen who carry AK 47, to protect their Cattles to wreck more havoc in the country.

Samuel Ortom, governor of the north central state  of Benue  state had said that there was no basis for the Buhari led APC, led government to Contemplate a review of  the return of the 368 open grazing routes in the country as practised in the First Republic  because of the frequent clash between herdsmen  and farmers  which had resulted  into  killings of farmers in different parts of the country , particular, Borno and  Yobe states, which  had been traced to BokoHaram and ISWAP, in the north east.

He noted that there have also been killing of farmers in Benue, Plateau, Kaduna, Zamfara  and Niger, which have been linked to the Bandits. This may have informed  why the Benue state governor had said that forcing the  25 states  to allow the  herders  move their cattle within the  368 open grazing routes would amount t ‘’ turning Nigeria into a Cow Republic’’.

Femi Falana, a Senior Advocate of Nigeria, SAN, who could not hide his feelings had  faulted Buhari’s approval to review open grazing routes  in the 25 states in the country   , insisting  that ‘’ the nation have gone beyond  this stage  of looking for grazing routes’’. Hear him: As far as the Law is concerned, the President( with due  respect), cannot, be talking  of  looking  for grazing routes in 2021, in Nigeria. According to him, what the country needed now is ‘’a national, scientific and a modern solution to the problem‘’. He noted that some state governors are already investing in ranching which is a better option, thus making nonsense of the Open grazing policy of the government.

But  Femi Adesina, Special Assistant to the Nigerian President  on Media and Publicity, in a Statement had said that the approval of a review of the return of the 368 open grazing routes in the 25 states of the Federation as recommended by the Gambari Committee  was basically ‘’to curb  the bloody clash between herders and farmers across the country’’.

However, barely 24 hours after the Nigerian President  had approved the Gambari Committee recommendations for  a review of the return of the 368 open grazing routes in 25 states of the Federation,  herders were said to have struck and killed  nine people and several others injured  at Ungwan Dooh, Mado, village  in Zagon Kataf Local Government Area of Kaduna state on Saturday, August 20, 2021.

In what could be regarded as a reprisal attack, three herders were said to have also been killed   by some  unidentified  gunmen  who had stormed  Ribok, Tsoriyang and Kankada General Area of Zangon Kataf  Council. The gunmen were said to have also burnt eight herders huts, signaling what would happen in the months ahead in the states.

What had happened last Friday  at  Zangon Kataf Local government Area of Kaduna state where herders allegedly killed nine people may not be different from what happened at Toro,  a Modakeke Community , in Osun state,  were five farmers were allegedly  killed by gunmen while heading to their farms .

Enitan Ogwunwusi, the Oni of Ife, was said to have enjoined the people  not to link the killing of the farmers  to the decade –long  Communal clash  between lle-Ife and Modakeke people , stressing that what  had happened at the Toro village  was a ‘’sheer act of Criminality’’. He may have alluded to the armed herdsmen in the forest in the state.

Security analysts fear that by  approving the recommendations of the Gambari  Committee report for a review of the return of the 368 open grazing routes in 25 states of the Federation, it will open  the door  way for the Insurgents operating in the north east states of Adamawa, Borno, Yobe and the Bandits operating in the north west geopolitical region  to   export violence to the southern part of the country ahead of the February 18, 2023 elections which is a time bomb.

The Presidential approval of  a review of the return of the 368 open grazing routes in 25 states of the country may have encouraged   Nyesom Wike, governor of Rivers sate, join other governors in the southern  part of the country   who had already  signed into Law  the Open Grazing  Prohibition  bill into Law in their respective states to do so.