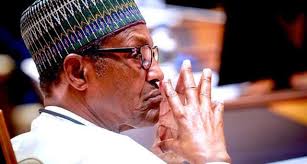 The Board of Directors of Twitter Incorporated,  appears to have given  a marching order  to the Management Team, to do everything within its capacity  ‘’to restore access ‘’to those  affected by Presidet Muhammadu Buhari, a retired Army General, indefinite suspension  of its microblogging  websites services in Nigeria  , on Friday, June 4, 2021.

The Board comprising  of Patrick Pichete, Jesse Cohn, Egon Durban,   Martha Lane Fox,  Omid Kordestani, David  Rosenblatt, and Ngozi Okonjo – Iweala, a one-time minister of Finance and Coordinator of the Economy during Goodluck Jonathan Presidency in Nigeria And now Director General, World Trade Organisation, WTO,  including Jack Dorsey, who incidentally is  the Company’s Chief Executive Officer, CEO, and the technical staff, are hoping to restore Twitter microblogging services in Nigeria.

Informed sources told The Value News that the social media giant  attracts  a monthly  $326 million income  from its over 300 million  active users  all over  the world who  send out  a staggering 500 million messages  daily ,which may have given people the impression that Twitter does not lose anything for being suspended by the Nigeria government  but  Nigerians, particular, the youths that will suffer it.

Already, many Nigeria youths who were said to have depended on the media giant microblogging services to do their business  and as a source of livelihood,will be  thrown into the nation’s saturated unemployment market. Seyi Makinde, governor of Oyo state, had said that much  urging  the Nigerian government’’to reverse its suspension of microblogging site’’.

The Nigeria  Bureau of  Statistics, NBS,  had said in its 2020 report  that Nigeria’s unemployment  rate  rose  from 27.1 in the second quarter to 33.3  in the quarter , indicating  that about  23.2 million  Nigerians are unemployed. The situation may be worse with the ban on Twitter by the Nigerian government.

Perhaps, acting on the mandate of the Twitter Board, Dorsey and his Management Team, were  said to have begun investigation  into the circumstances that informed why the Nigerian government took  decision to ban its services. The Magazine learnt that Dorsey has refused to talk to the Nigerian government, particular, officials of the ministry of Communication and digital economy ,until  the conclusion of its investigation on the matter and to know  exactly where the company has gone wrong to make amends.

Recall that the Nigeria government have not been happy  with the US, Multinational Internet Company which  has opened its African office in the West African country of Ghana, since March , 2020. This is because of its alleged involvement in the last Endsars protests in Nigeria.  Dorsey, the Twitter CEO, was said to have made donations  to one of the leading groups  of the Organisers of the protest  this is in addition to crating  a special moji for the protests.

Indeed, the company may have played into the hands of Buhari,  who may have been waiting for an opportunity to hit back at them. The opportunity came with a confirmed there was security report that the company helped   give many Nigeria youths  a voice  on the Platform., which to the Nigeria government  was a clear indication of galvanizing  the country’s young population , thus crossing its boundaries.

It is not surprising why  financial analysts fear that even if foreign investors may want to  take advantage of the country’s population and large market to come into the country to do their business,, they may no longer want to do so   because  of the Nigeria government unstable  policies.

President Joe Biden of the  North American country of the United States may have hit the nail on the head when he said  on Saturday, June 5, 2021, that the Nigerian government decision  to  suspend Twitter, after the media giant  deleted  tweets  from the official account  of President Muhammadu Buhari, a retired Army General, which was afoul of the Company policies as it had referenced  the country’s civil war, ‘’sends a poor message  to its citizens, investors and businesses’’. Biden was said to have’ chided the Nigerian government for taking such a harsh  decision in this era of COVID 19.

Giving what is happening in Nigerian at present,  Diplomatic Missions  to Nigeria, including those of the US, United Kingdom, UK,  European Union, EU and Canada, which had been supporting the Buhari government over the years to bring in investors into the country from their respective countries had said   that they were ‘’let down  by the Nigeria government decision  to   suspend Twitter operations in on Friday, June 4, 2021.

The  aggrieved  Ambassadors of these developed economies were said to have sent messages to their home government of the situation in Nigeria, warning investors and businesses to avoid coming to Nigeria to invest on any business for fear of being closed down by the government  on the slightest provocation bear eloquent testimony to their claim.

Not that the Nigerian government action was quickly followed  by the blocking of people’s, access to the microblogging site by the Nigerian Communication Commission, NCCat the instance of Isa Patami, minister of Communication and Digital Economy, who may have acted  out a script of the Presidency .  That much has been confirmed by the Association of Licensed Telecommunication Operators  of Nigeria, ALTON, an industry group.

. Mike Ozekhome, a senior Advocate of Nigeria, SAN, who could not hide his feelings has asked the Buhari led APC, government ’’not to stop  at  banning Twitter operations in Nigeria alone but go a step further ‘’ to dissolve the Nigeria people and get new people  in their place’’.

The Nigeria government may be working towards that as Abubakar Malami, a SAN, and Attorney General of the Federation and minister of Justice , has directed  for immediate ‘’ prosecution  of offenders of the government ban on Twitter operations in Nigeria’’.

He was said to have ordered the  public Prosecutor’’ to swing into action’’. Umar Gwandu, the minister’s spokesperson had told the BBC, that the message was targeted at  both ’’corporations  and individuals’’, NCC. This is an indication that the Nigerian Correctional centres, NCC, across the country may  soon be filled  up with convicted Twitter offenders and the urge to provide  additional facilities to accommodate more Nigerians that may have refused to deactivate their Twitter App. Aisha Buhari, the Nigerian First Lady , may have shown a good example by deactivating her Twitter , for other Nigerians to follow.

The Nigeria government may have known the implications of its decision to indefinitely suspend the Twitter operations,  that  it has come out to give explanation  on why it took the hard decision. Garba shehu, senior Special Assistant , Media and Publicity, to the  Nigerian President  had said the government action was informed by the fact  that the media giant  has’’ long been spreading  misinformation  and fake news which can have  real  violent consequences’’.  The Media Aide to the retired Army General disclosed that ‘’all the while, the company has escaped responsibility’’.

Appealing to the Technical Companies operating in Nigeria  to be alive to their responsibilities, he disclosed that ‘’they cannot be allowed  to continue  to facilitate the spread   of religious racist, xenophobic and false messages capable of  inciting whole communities against each other , leading to loss of lives’’.

Although, the government appear struggling to wriggle out of the tight corner it has found itself over the suspension of Twitter operations in Nigeria, it has not hidden its dislike for the indigenous People of Biafra, IPOB, which had be banned by the government and  labelled a terrorist group to use its facilities  to work against the government.

‘’IPOB is proscribed under the Nigerian Law, its members murder innocent Nigerians. They kill policemen and set government property on fire.They have amassed a substantial stockpile of weapons and bombs across the country’’, he had said.   He noted that ‘’Twiiter  does not  seem  to appreciate  the national trauma of the country’s civil war’’, which had lasted for about 30 moths’’ with loss of  lives running into a million people.

Security experts believe that what is happening in the north east states of  Borno and Yobe, particular,  where the Islamic Fundamentalist Group, BokoHaram and The Islamic State of the West African Province, ISWAP, aremed with stolen weapons  by Libyan rebels  and the Bandits operations in the north west states of Zamfara, Kaduna, Sokoto,Kebbi and Katsina, Buhari home state including the Bandits activities in north central state of Niger, is nothing compared to what is happening in the south east where the IPOB  members are being pursued by security operatives to their hideouts.

‘’It  is more than a civil war’’, they remarked.  The security experts opined that the type of weapons used by the terrorists in the north east and the Bandits in north west and  north central  leaves much to be desired .  The ISWAP Group, under the close watch of al-Barnawi, a splinter group of BokoHaram , in 2016, which appear to be the dominant group in the north east kill soldiers and attack military bases, which had been confirmed by. Bashir Magashi, minister of Defence.