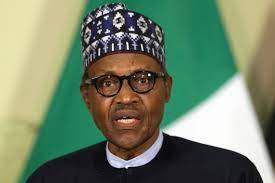 When President Muhammadu Buhari, a retired Army General, promised to restore peace and stability in the  country, during the electioneering Campaigns of 2015 and 209, general elections,nobody took him serious.

This is because of the high level of insecurity in the country which had defiled the former President Godluck Jonathan’s Administration. From the north east, north west, north central to the south east, the story was the same: insecurity.

Hajia Sadiya Farouq, the minister of Humanitarian Affairs, Disaster Management  and Social Development, may have hit the nail on the head  on the  high level of insecurity when she lamented that ‘’the Landscape of Nigeria   has been impacted by non-state actors armed groups, environmental factors, the farmer-herders conflict and Banditry that has led to  displacement , loss of lives and food insecurity’’ with the intention of dividing Nigeria.   But Yemi Osinbajo, a Professor of Law and the country’s Vice President had said that ‘’Nigerian will remain united as a strong nation to the frustration of those awaiting to see the nation broken into pieces’’

Lai Mohammed, minister of Information and Culture, had blamed Twitter, for the trouble in the country. The minister had accused the North American country of the United States, US, social media giant for  providing the Platform ‘’to the Indigenous People of Biafra, IPOB, and the Eastern Security Network, ESN,  which informed security sources had described as the armed wing of the  Nnamdi Kanu led Group, to beat the drum of secession  in Nigeria in order to win International support. The minister may have spoken the mind of Buhari, when he appeared before the House of Representatives Joint Committee on the controversial suspension of Twitter activities in Nigeria.

The Nigerian President may have shown his determination embrace dialogue to restore  Peace and stability in the country as he has agreed to meet with the south east political Leaders after a recent closed door meeting with Chris Ngige, a former governor of Anambra state and  minister of  Labour and Productivity , who was said to have initiated the moves.

Many believe that the Nigerian President may have agreed to dialogue with the south east Political Leaders because he has suddenly realised that his government had not been fair to the region. More so, he wants to prove to the international Community that he is a’’ man of Peace’’ who do not believe in intimidation to force people to submission.

Ngige had said that that the two parties had  looked at ‘’the security situation in the  south east and agreed on the need to talk  and resolve areas of disagreement. This may have informed why  Rauf Aregbesola, a former governor of Osun  state and now minister of Interior, as well as the service Chiefs, at the instance of the retire Army General were in Enugu, the Capital of the old Eastern region  to assess the security situation .

Already, the Nigerian President,  had assured Nigerians that there was no need  to worry about the ability of the  present policing system   to guarantee the internal security of the country, stating that ,  he will ‘’bequeath a citizens led  policing system in the country in May 29, 2023.

He has was said to have told those that cares to listen of his Administration’s ’’firm commitment towards changing the principle and strategy of  policing in the country was irrevocable’’.  This is bad news for the Criminal gangs in the country  who think that the Force, as presently constituted cannot  leave up their Constitutional responsibility of guaranteeing the country’s internal security without military support.  President Buhari, may have  meant every  bit s of his  promise this time around concerning his plan to reform the policing system in the country.

Even without the new policing system  in the country coming in force,  dozens of  suspected  members of IPOB and ESN,  were said to have been arrested  in connection  with the recent attacks  on police stations and offices of the Independent National Electoral Commission, under the close watch of Mahmood Yakubu, a Professor, in Eboyi state. That much was confirmed by Aliyu Garba, the state Commissioner of Police.

THe may have shown his willingness to accommodate the south east geopolitical region in his government by  giving  the people   political appointments  to assuage frayed nerves.  He was said to have re-appointed one George Ekungu  as the Secretary of the Economic and Financial Crimes Commission, EFCC, for another five year term and  Anumba Adaeze, as a  member of Board of the  anti-graft agency.

He was said to have gone a step further to give the nod to Hajia Farouq, the minister of Humanitarian Affairs, Disaster Management and Social Development, the nod to go ahead and Launch  ‘’the Humanitarian Development Framework’’, geared towards  making  humanitarian interventions timely,  effective and Coordinated  interaction between the government and the humanitarian Organisations ,including the security agencies.

The minister may have opened up of the government new moves in search of peace and stability in the country   at a virtual briefing to the United Nations Member States on the humanitarian situation in the county. She was said to have told the UN, member nations, that  the Humanitarian  Coordination Technical Group, as directed  by the National Humanitarian  Coordination Committee, NHCC,  had come up with the initiative aimed at restoring  peace  and  stability in the country.

Given an insider information, on the peace efforts the minister disclosed    that ‘’the Framework was a national  and innovative home-grown  approach to proactively  address  critical humanitarian and development challenges at the Community, state and Federal levels’’.

The minister who could not hide his feelings had said that the  Framework would also address ‘’ the root causes  of the conflict in the different parts of the country by coherently  addressing  thesocio- economic vulnerabilities, to ensure a  sustainable peace, stability and development in the country’’

Acoording to her, with’’ the focused recovery of the north east geopolitical region’’ particular, which is under the siege of the Islamic Fundamentalist Group, BokoHaram and the Islamic State of the West African Province, ISWAP, through ‘’the re-integration  and rehabilitation  of affected Communities’’, the aim is to develop programmes and interventions  to proactively engage the women and youths who are ‘’the soft targets of the insurgent attacks, radicalization and recruitment’’.