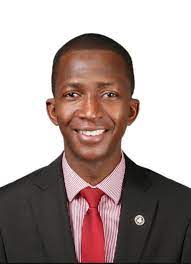 More facts have emerged why Abdulraheed, the 41 year-old, Chairman, of the Economic and Financial Crimes Commission FCC, has  beamed  his searchlight on the Money Deposit Banks, MDBs, ministries , departments and Agencies. This is because of the high level of fraudulent activities going on  in these strategic sectors of the economy.

The EFCC boss may have given out the action plan of the a Commission to curb the excesses of the Bank Chief Executives officers, CEOs, and other top  Bankers,  when  he declared in an interview in the recent publication of the’ EFCCAlert’ that from  June 1, 2021,  the Commission  would be demanding  the asset declaration forms  of operators  in the Nigerian banking sector.

The anti-graft agency Chairman, may have been encouraged to take the bold initiative after a closed door meeting with President Muhammadu, a retired Army General to brief him on the activities of the agency and steps so far taken , to smoke out the Corrupt  officials in both the public and the private sectors  of the economy, particular, Banks and the Ministries, Department s and Agencies, Popular, MIDAs. Those who case to answer were said have been fully investigated and dragged  to  Court.

Given a further insight into why the decision was taken, he had said that ‘’it was basically to enforce the provisions of the Bank Employees  etc,  Declaration of Assets  Act, 1986. Section 1 of the Act, was said’ to have made it mandatory for every employee of the Bank  to make full  disclosure  of their Assets upon employment  and annually in subsequent years’.

It could not be ascertained whether the EFCC officials have  started implementing the Law but the message appear to have been sent to the Bank Chief Executive Officers , CEOs, and other top Executives, that it is no longer going  to business where dubious transactions are carried out in guise of  giving out loans to  companies .

Bawa, the EFCC, helmsman, may have known that all is not well with the nation’s banking sector and his insistence that the CEOs and other top Bankers  must declare their assets, with the case involving Diezani Alinson Madueke, a former minister of Petroleum Resources during erstwhile President Good luck Administration.

The former minister had  purchased a property  from a Managing Director of one of the Banks operating in the country after Negotiation had been completed  at an estimated cost of $37.5million. Bawa, the incumbent EFCC, boss as said to have been involved in investigation her but the name of the Band Managing directors remained a closely guided secret.

Appearing on Channels Television, on Tuesday, June 15, 2021, Sunrise Daily, the EFCC, CEO, had said that the unnamed Bank’s  Managing  Director  had approached  the minister with  the offer because he knows  she can afford it and she agreed to buy it after a successful Negotiations.

The  Bayelsa state born minister of Petroleum resources, may have proved the Bank  top Chief Executive right that she could afford the expensive property, believed to have been   located in Abuja, the Federal Capital Territory, FCT,  when she made an initial payment of  the sum of $20 million to him without blinking. The Amount , according to the EFCC Chairman, was, ’safely evacuated  from her official residence , with the help of  a bullion van that was said to have  provided by the Bank’. The Bank officials were said to have put  the 420 million  into their system , which was said to have used in settling the property developer owed.

The deal may have given Bawa and his Investigative officers, a mind set  that’’ the Real Estate  was fast becoming  a major sector of the economy   for alleged money laundering in the country by Corrupt  officials in both  the private and the public sectors of the economy.

Recall, that some former Bank Managing Directors and other top Bank officials,, have been standing trial, since 2011, during the regime of Ibrahim Lamorde, who is now an Assistant Inspector General of Police, AIG, and date, over their alleged fraudulent  transactions  while still in the employ of the Bank.  The EFCC, new  helmsman, who is unrelenting in ensuring that the agency dispose all the Corrupt cases  hanging on the high profile  individuals, in Court,  may have won the case  against  Francis Atuche, a former Managing Director of  the defunct Bank PHB, now rebranded Keystone Bank.

. Atuche, who had been trial in a Federal High Court in Lagos, since 2011, on Wednesday, June 16, 2021,  was handed down a six years jail term   for dipping his hands into the coffers of the Bank t fraudulently  remove N25.7 billion , without any sign of repayment.

The anti-graft agency  had said that  out of the  N25.7 billion , the former Bank PHB, had fraudulently taken away from the Bank coffers,  he had claimed that  N14.7 billion  was given out as loan  to some Companies  which many believe was not true.  The Commission may have cleared the air, when it said that  the  huge amount that was  fraudulently taken from the bank by Auche, the erstwhile CEO, of Bank PHB, ‘’ was converted  to personal use’ .

He may not have  denied the allegations  with all the overwhelming evidence  before  him to show how the money was siphoned out of the bank. He was said to have used   Future View Securities, Extra Oil Limited, Resolution Trust and Investment Limited including  Tradjek Nigeria Limited to carry out the illegal transactions in the Bank.He was said to have also used  N11 billion of the total  stolen amount from Bank,  to purchase  about N984,375,000 units of the Bank shares, thus making him  and the family the majority shareholders .

Given an insider information on the billions naira used by  Convicted Atuche,  in purchasing the billions naira  units of shares   in the Bank,  the EFCC, investigators in their report had said that  he had used described it as loan  to some Companies including  Guesstrade Services,  Sentron Trading,   Montrax Investico, Claremount Management Limited, Trenton Trade , among others to do so.

Indeed, with the successful prosecution of Atuche, the former Bank PHB Managing Director, who had been standing trial since 2011,  Bawa, the EFCC, Chairman has sent a signal to thieves in the banks and those in the MIDAs, who have ‘turned all their Contract awards to emergency contracts’, that the game is up.

This is because the EFCC, Authorities have  put strategies in place ‘ to check Corruptions  in MIDAs, by resorting to plan B, that is,’ the use  of Corruption   risks  assessments’. He was said to have carried along the supervising  ministers of the MDAs, in the implementation of the new Corruption risks assessment  strategy , to checkmate Corruption in the public sector

Informed sources told The Value News that he has written the Temipre Slyva, minister of State, ministry of Petroleum Resources and Rotimi Amaechi, a former governor of Rivers state and minister  of Transportation,  ‘to commence the process  of Corruption risks assessments of all the Parastatals under their respective ministries ‘to look at their vulnerability  to fraud and advise them accordingly’.

This  may have sent jitters  to the MDAs,  CEOs, who  are  now more cautious in their approval of multi-million dollar or naira, contracts.