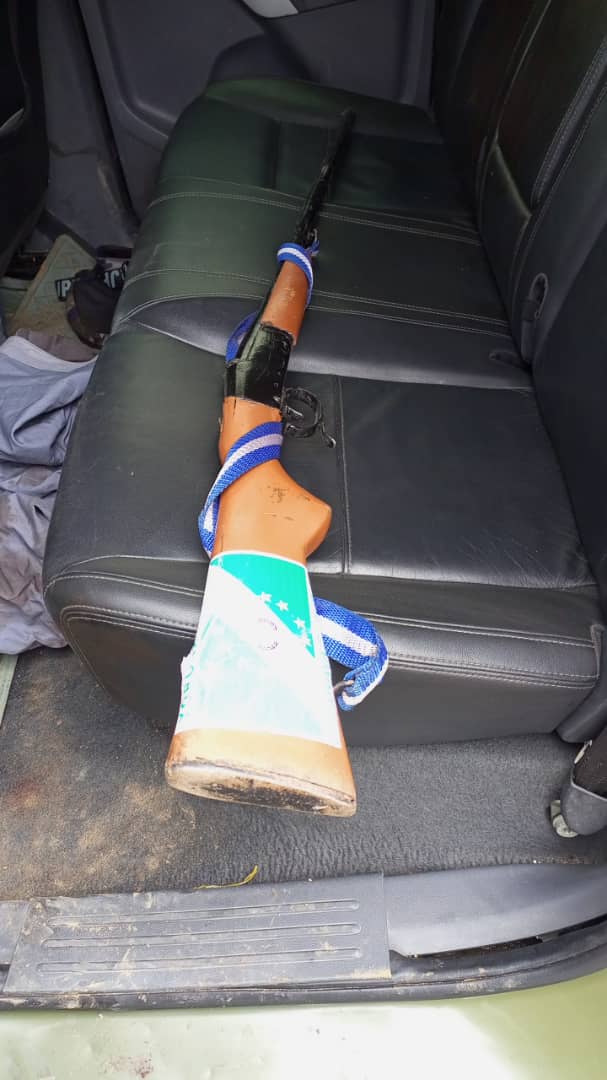 The last may not have been heard about the duel between Federal Operations Unit, FOU, Zone A,Special Anti-smuggling Team and the big- time Foreign par boiled rice  smugglers with their agents in Igbo ora Community in the south west state of Oyo.

The smugglers who had the support of the members of the Amotekun, the Oyo state, Local police, local Chiefs and security agencies security Operatives including some disgruntled  Customs personnel and the Command and state level were said to have been operating in the Community over the years. Their activities in the Community , according to informed sources became pronounced in the state over the last two years.

A source, however, told the Value News online Magazine that the operation at Oyo Community could have been bloodier if the information about the FOU, Zone A, planned raid of Igbo-ora Community to prevent the smugglers who had concluded arrangement with their arch supporters security Operatives and Amotekun members, Collaborators including their Customs informants to smuggle into the Nigerian market eight trucks load of Foreign rice. The smugglers were said to have targeted between Friday, July 10, 2021 and July 20, 2021 but were said to have been told to reshedule it for fear that the FOU, Zone A, officers may strike. Indeed, Jack Okapabi, an Assistant Coptroller, and the Command Head of Operations and Lagos Riving did strike when the smugglers got the signal to drive into the country with their eight trucks load of froeign par boiled rice into the country from Igbo ora Community.

Peter Dunniya, a Deputy Superintendent of Customs and the Interventionist unit spokesperson had said that three officers and one soldier were injured in the operation.

Given the curiosity of The Value News online Magazine to get an insider information on what had happened at the Igbo-ora, Community operation on the evening of Friday, July 16, 2021, The Magazine had reached out to some contacts in Ibadan including some members of the Customs Team who had disclosed that they were attacked when a local Community Leader had invited them to know exactly what the problem is. The source disclosed that the gathering created an opportunity for the smugglers and their sponsors to attack them, injuring eight officers and a soldier.

He disclosed that in return the Team members had fired back and the bullet hit an alleged Commander of the Oyo state Local police, Amotekun, creating room for the aggrieved Customs operatives to disarm him. Informed sources told The Magazine   that Jack Okpabi, an Assistant Comptroller and the Command Head of Operations and Lagos Roving  who was said to have led the Igbo-ora operation had transferred the rifle to the Ikeja office as evidence to show the level of the organized Crime in the Community to the Area Comptroller, Usman yahaya.

A senior Police officer who spoke to The Magazine on condition of anonymity disclosed that there is nothing much Yahaya and his offices would do about containing the smuggling activities in the Igangan area of Ibarapa Local government area of the state,  describing it as organized crime where the people see it as a ‘’Legitimate business since there is no other means of survival, coupled with the  high level of unemployment in the country. This is where Farouk Yahaya, a Lt. General and Chief of Army Staff, COAS, Usman Alkali Baba, the Inspector General of Police and  Abdullahi Gana, Commandant General, Nigerian Security and Civil Defence Commission, NSCDC, may have to mobilise their men to support the FOU, Zone A and other other Customs Interventionist units in the south west geo-political region.

Many believe that it may be a tugh task for the security Chiefs  because they will not be everywhere in the flash point Communities in Oyo and Ogun states  Communities to know about the  conduct of their officers  who are were  said to be closely working with smugglers in various areas are doing. This may have informed why security experts had said that security experts had said that smuggling activities at Igbo-ora, Tape and Ayete Communities in the Iganagan area of Oyo state , may not stop.

What is happening in Oyo state may not  be different from what is happening in Katsina , President Muhammadu Buhari, a retired Army General, who had said that only Go, would Patrol the  numerous Land borders  between Nigeria and the neighbouring West African country of Nigeria Republic to stop smuggling, meaning that the Customs operatives  could not do it alone.

While Yahaya,  the FOU, Zone A, Customs Comptroller and his Operational officers are still  reviewing the Igbora –Ora operation  and how to  avoid a repeat of such violent attack on officers in the future,  the  Oyo tate government may have shocked Nigerians when  it said that contrary to reports that unknown gunmen had attacked Igangan and other parts of  Iparapa  Local government area killing an Amotekun Commander and three residents of Igbo-ora Community, stating that they were men of the the Nigerian Customs Service, NCS. The state government may have based its allegations on the report of the Igbo-ora Community who were aid to be part of the organized fraud with the Amotekun, the Local police recruits in the state.

Recall that Politcal and Igbo-ora including the Community Leaders in the neighbouring Tape and Ayete Communities, benefiting from the organized  crime in the state   had described  the Customs evening raid on the Yoruba Community as’’ unnecessary and not well thought-out’’.

Jimoh Olajide Ttiloye, the Olu of Igbo-ora and Adeoye  Adedoyin, the Chairman of  of Ibarapa North Local government  Area, who were said to have opened up  at a meeting  with a fact-finding  team  to the Community by Syi Makinde , the state governor, that was said to have been led by Sunday  Odukoya, a one –time Commissioner of Police  the governor’s Executive Assistant on Security Matters.

Perhaps, to win the ear of the smugglers and further convince the governor that the FOU, Zone A, Team ‘’troubled the peace of the Igbo-ora Community, when they stormed the Community and started shootin sporadically   like the Islamic Fundamentally Group,  BokoHaram and the Islamic State of West African Province, ISWAP, which had invaded a north east state of Borno or Yobe Community in order to forcefully take foodstuff items from the  farmers for their hungry fighters.

They may have spoken out on the last Friday clash between smugglers and Customs operatives at Igbo-ora Community and beyond, putting the blame on the Comptroller Yahaya’s boys, who were said to have initially been repelled by local hunters, in order to win the sympathy of the people who survives on smuggling because of the forthcoming February 18, 2023, general elections.

In spite of their smearing image Campaign to dent the image of the Customs personnel who went for the Igbo-Ora, operation,  Yahaya, the FOU, Zone A, Controller, had told those that cares to listen that ‘it would not stop them from doing their Legitimate duties of anti-smuggling operations in the south-west geo-political region, which is within their area of jurisdiction.

The Custom Controller has every reason  to stand firm in support of his anti-smuggling officers because of the free reign of smugglers  in Igbo-ora, Tape, Ayete and  and other border Communities in Ibarapa North Local government Area of Oyo state.  Note that over 50% of the 84  different kinds of vehicles  that were laden with smuggled foreign par boiled rice that were seized by the Command alone last between April 20, 2021 and Wednesday, July 14, 2020, were said to have been intercepted in the south west state, forcing it to beam its searchlight on the state. The Customs Comptroller had said that he Command  had seized  14,789 bags of Foreign rice of 50Kg each in the region and would not allow the smugglers operating between Benin Republic and Nigeria to turn the country into a dumping for foreign rice, thus throwing  the local farmers out of business and many  people into the unemployment market.